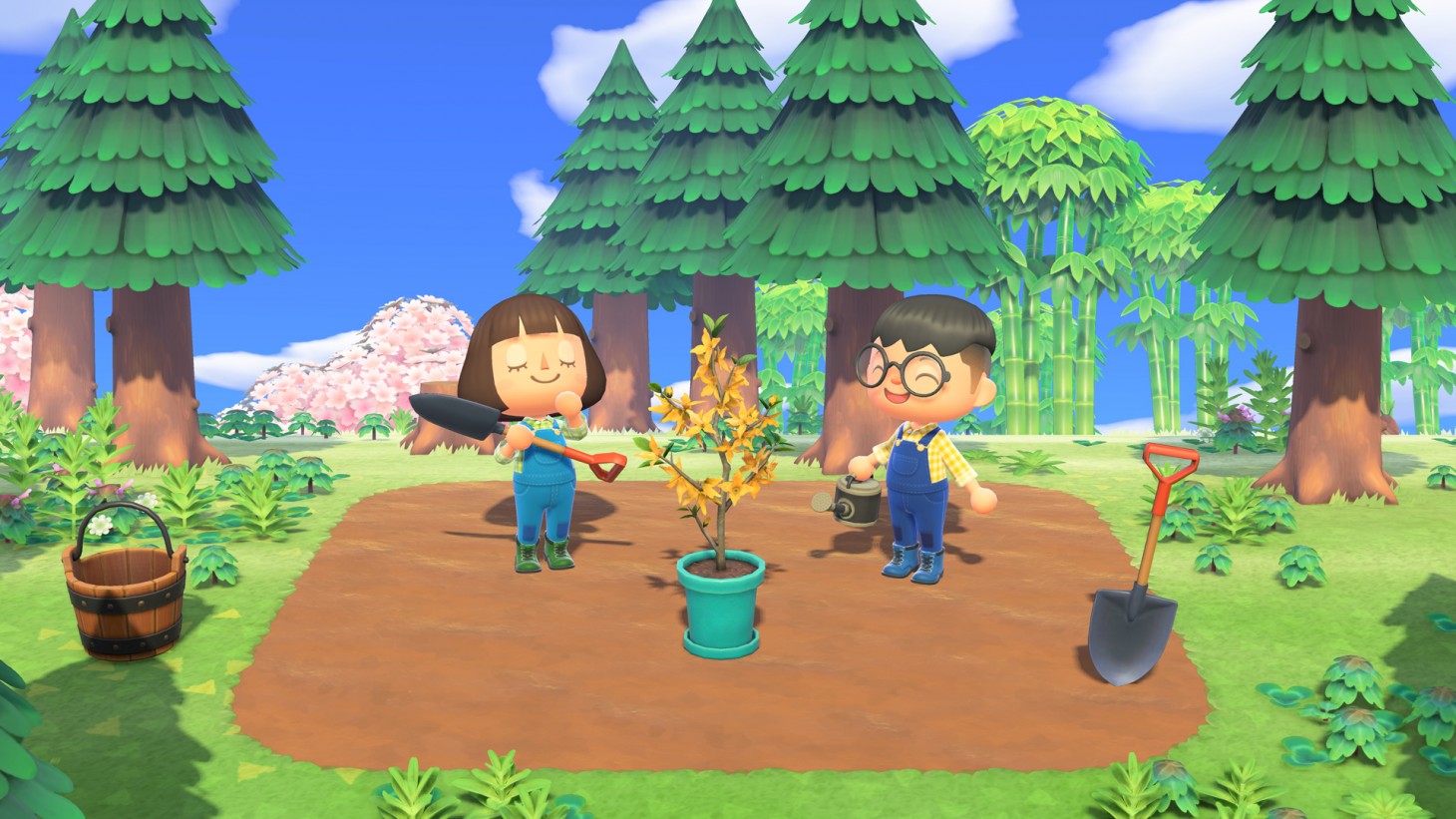 Nature Day is an event that is a global celebration every April, and New Horizons is aiming to celebrate that in the way it knows how: new festivities.

While Nature Day in the real world doesn't kick off until April 22, Nintendo starts off the environmentally-focused celebration at the beginning of next month. In a recent tweet, Nintendo of America says that April 5 is "a day for planting trees and caring for our forests called 'Singmogil' in South Korea." To commemorate this day, island-owners can plant Forsythia on their islands between April 1 and April 10.

From April 15 to April 22, players can order an exclusive Nature Day-inspired Cool Globe from Nook Shopping as a way to "show their support for the environment."

Nature Day is celebrated around the world on 4/22. On this holiday many show their support for the environment. Inspired by this event, a Cool Globe will be available for order in Nook Shopping between 4/15 - 4/22. #AnimalCrossing #ACNH pic.twitter.com/aHxsEbKVUq

It wouldn't be a new Animal Crossing: New Horizons event if there weren't other activities planned. Next month, players can look forward to various Nature Day-related objectives and a special visit from Leif. It will be interesting to see what sort of DIY recipes will be available for Nature Day, especially since the Cool Globe was a gift in past games.

Nature Day isn't the only thing players can look forward to. Bunny Day is also making its return, including those eggs that haunt our nightmares. Pranks are also on the way, including the addition of the whoopie cushion, starting on April 1.

More seasonal items, a special Sanrio crossover, and the limited-time-only feature with the new Island Tour Creator are also on the way. To learn more about everything coming to Animal Crossing: New Horizons (that we know about so far) in the coming month, check out our previous coverage here.

What are your thoughts on how Animal Crossing: New Horizons had evolved since its launch last year? Has this game been a source of peace for you during lockdowns like it has been for us? Sound off with your islander thoughts in the comment section below! Isabelle would want you to.