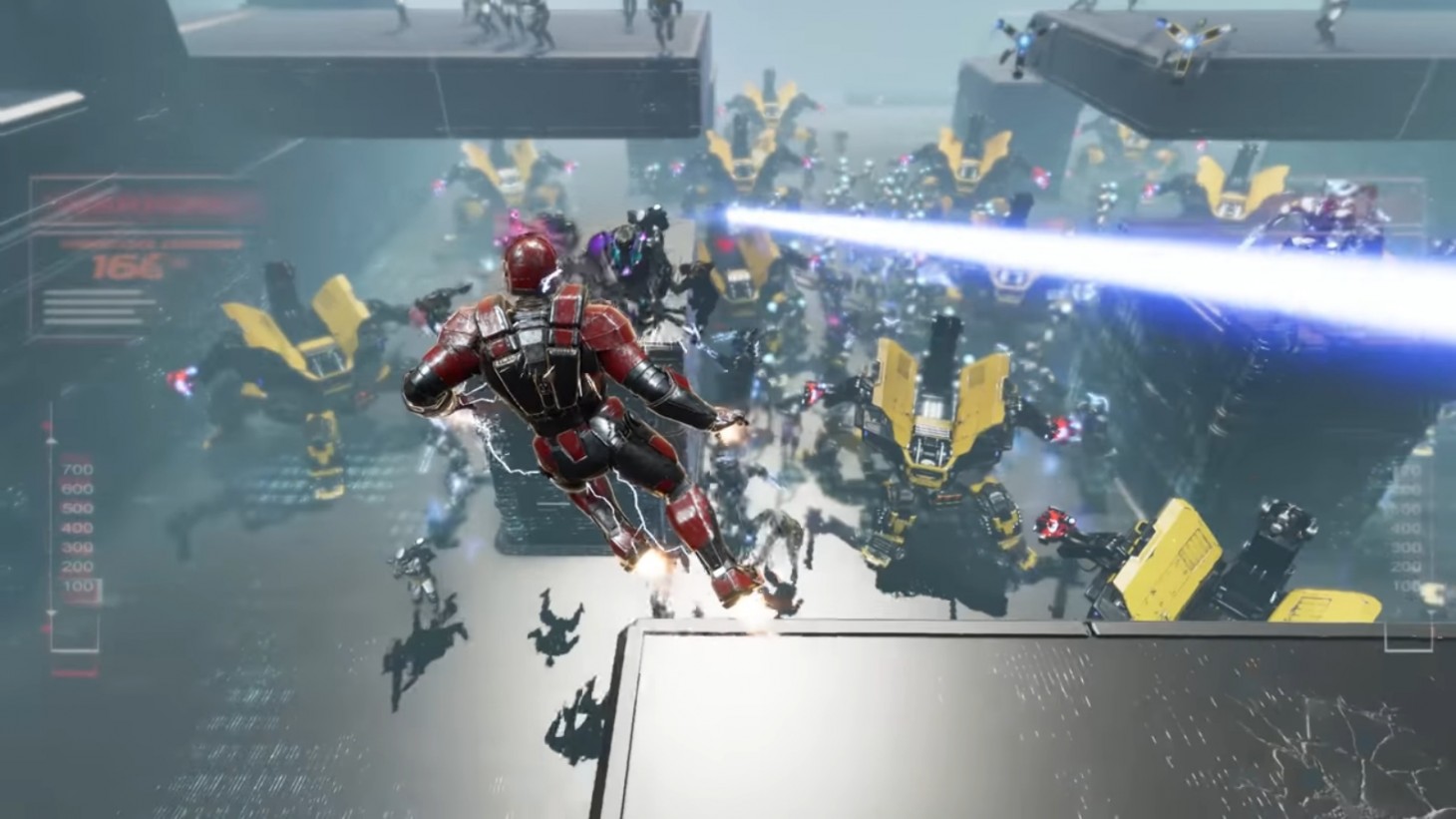 Marvel’s Avengers has a new update coming that will let players customize its H.A.R.M. Rooms. These special training arenas and serve as the game’s equivalent to the X-Men's Danger Room (H.A.R.M. stands for "Holographic Augmented Reality Machine"), allow players to practice using characters against a variety of A.I. opponents.

The update is coming to all platforms on March 18, though the trailer shared by the game’s Twitter account dubs it as "H.A.R.M. Room for PC" and evidently shows off gameplay from that version. It’s also sponsored by Intel because...sure?

Basically, it allows players to customize the parameters for the H.A.R.M. Room. Options include choosing which enemy types to use as punching bags as well as how big they are and how many. The trailer shows that players can flood the entire room with opponents as large as those walking AIM mechs. Players can up the difficulty further by adding hazards and give themselves an edge with a variety of buffs.

The trailer promises silky smooth performance on PCs, namely of the “high-powered Intel” variety. The video certainly seems to prove that much, but it’ll be interesting to see how, say, base Xbox and PlayStation 4 versions handle rendering many enemies and effects in a relatively small space.

It’s an odd update that looks like it’ll be fine for having some dumb fun but it’s not exactly the big splash that Marvel’s Avengers sorely needs at the moment. It’s no secret that the game has struggled to retain players and relevance since launching in August to middling reviews. Avengers is trying to make a comeback of sorts with the impending launch of the PlayStation 5 and Xbox Series X versions as well as the Operation: Hawkeye DLC on the same day. On the flip side, there are the recent reports that Crystal Dynamics is reworking the game’s progression to effectively make it more of a grind. Seems like one step forward and one or two steps back, but we’ll see how all of that pans out I suppose.

For an idea of how Marvel’s Avengers can turn itself around, check out this opinion piece on the matter.