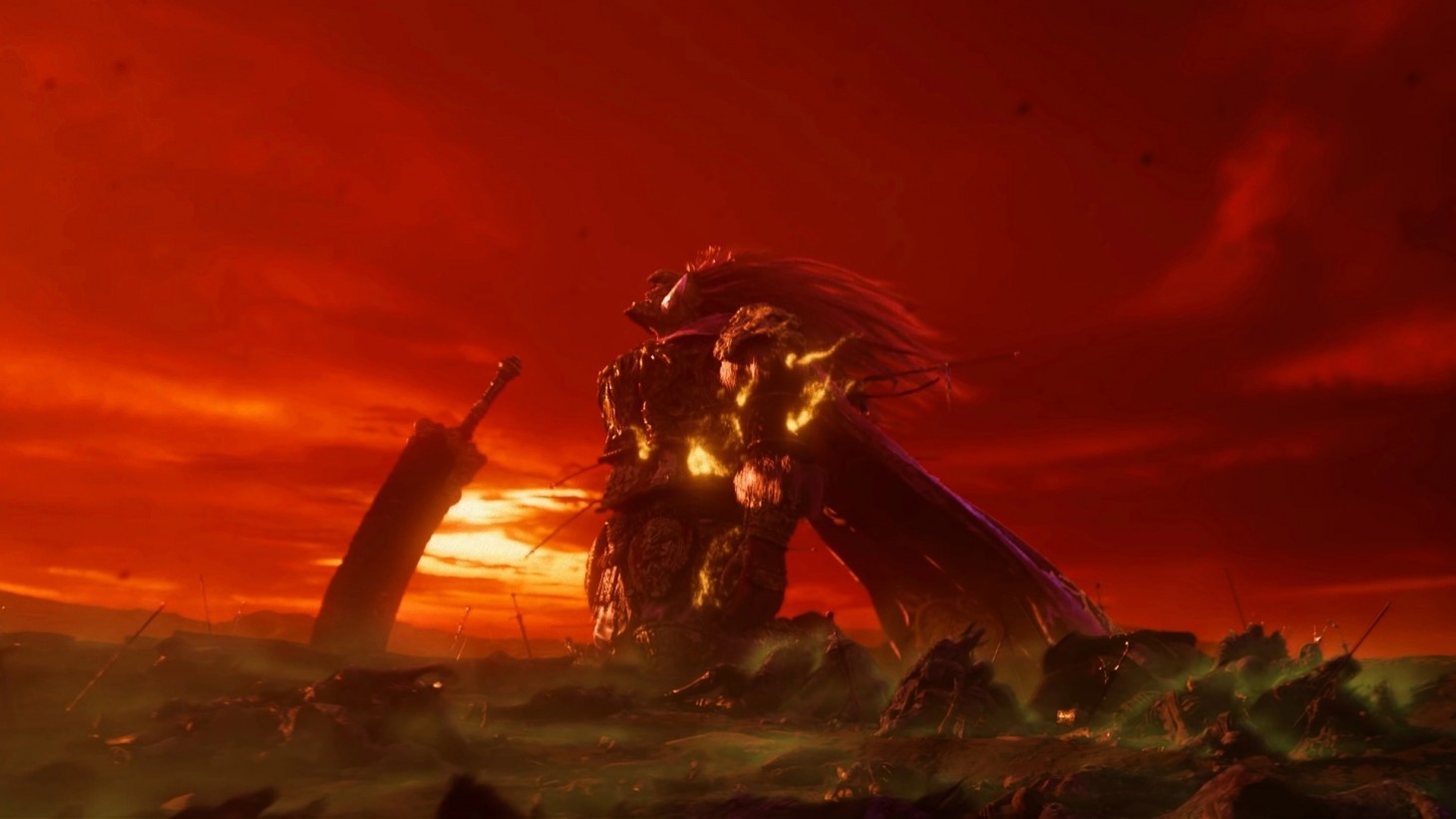 From Software fans have been begging for a new look at Elden Ring, and while news has been mum, it looks like a month-old trailer has been circulating online – and a source has confirmed to me that it is real. While not a high-quality video, the internet immediately exploded in excitement over the latest crumb for the new game with the Elden Ring trailer.

"I can only imagine what drives you to seek the Elden Ring," says an inquiring voice in the video linked at the bottom of the article. "I suppose you can't be talked into turning back. Very well then!" I was able to confirm with one of my sources with close ties to the studio that the trailer is legitimate, though a few of the responding screenshots that have been circulating are fake.

First spotted by VGC, the trailer first began making its rounds in Discords, showing off a phone recording of the Elden Ring trailer. VGC's Andy Robinson added on Twitter, "I understand Elden Ring's development has (unsurprisingly) been significantly disrupted by the pandemic like so many big-budget games in production right now. It's unclear if it will make it out this year. One source told me they were expecting to release in 2022."

The trailer leak comes after a concept art reveal back in January from an artist that worked on Elden Ring, though the artwork in question was quickly taken down.

Elden Ring has been a highly anticipated title ever since it was first revealed back in 2019 at E3. The game itself is a collaboration between game director Hidetaka Miyazaki and renowned fantasy author George R.R. Martin, most notable for his Game of Thrones series.

Ever since the dark RPG was teased with the E3 trailer, fans of the brutal adventures From Software loves to deliver have been clamoring for more information. News has been pretty silent regarding the title, but our own sources have corroborated Robinson's earlier report that a delay has happened and it is not a title that is anticipated to launch this year.

While leaks are an unfortunate part of the internet, perhaps the widespread excitement regarding the blurry video means an official reveal could be on the horizon. There is some speculation that the title could be a fixture at the upcoming Xbox showcase, but none of our sources were able to confirm that rumor.

To see the trailer for yourself, you can view the leaked footage right here. But remember, watching this low-res video might be robbing yourself of the full dramatic effect when a new official trailer is released.