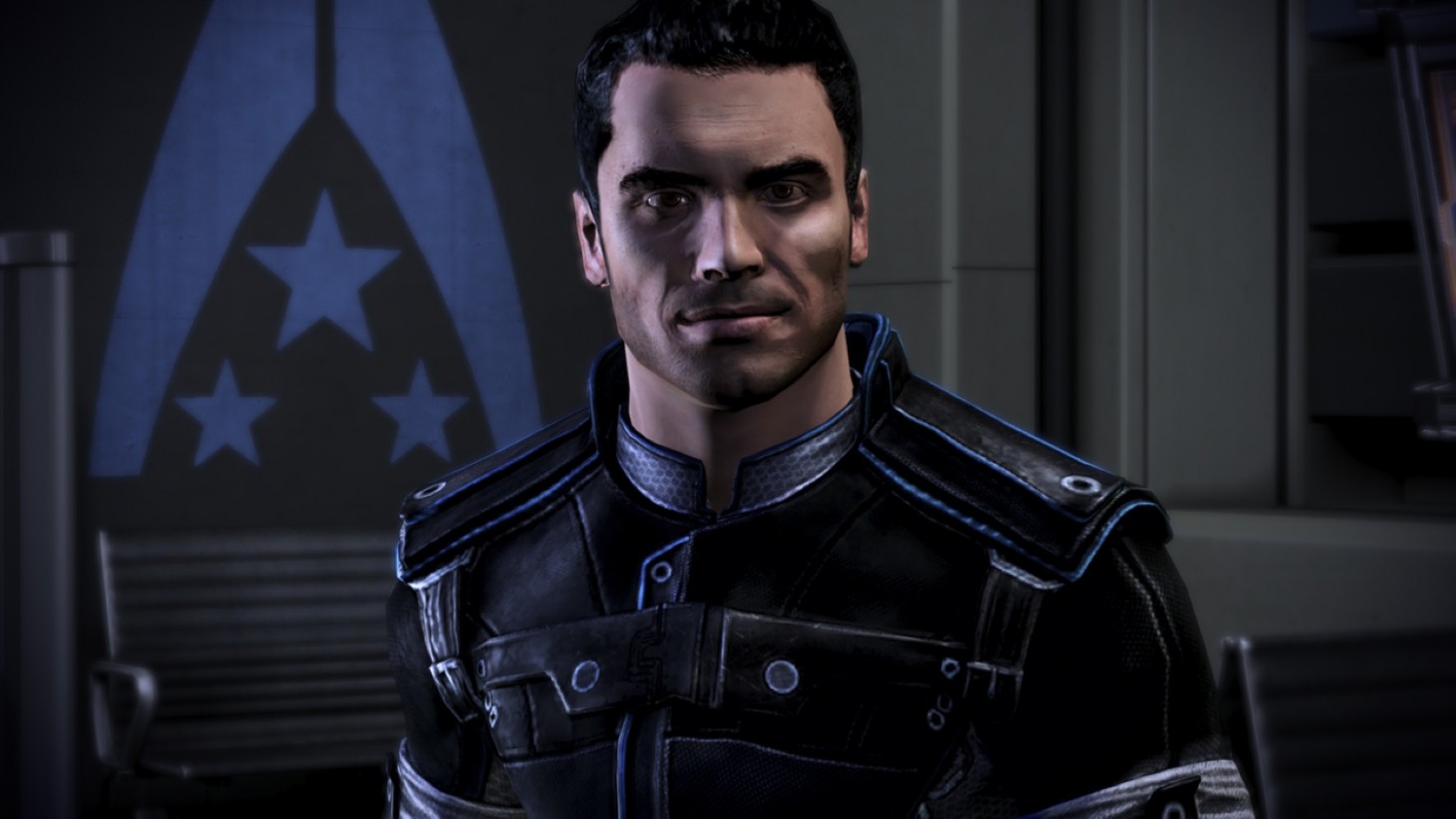 Sometimes in games, ideas don't make the final product and things are left abandoned on the cutting room floor. With Kaidan, he was a FemShep-only romance option in the first Mass Effect, only to later become available to both Shepards in the third game. Mods were able to restore pre-recorded voice lines for a Kaidan x Male Shepard romance in the first game, leading many to believe that the option was originally meant to be on the table only to be cut before the first game shipped. Now that we know that Jack was originally meant to be an option for both Shepards, the topic of what was cut and what wasn't is once more in the conversation. In the instance of Kaidan, however, director Mac Walters says that Kaidan was never cut and explains where the dialogue modders recovered came from.

Kaidan Alenko is a by-the-book Alliance soldier that, like Ashley, came off as one-dimensional to many players during the first game. In the third game, Kaidan (or Ashley, depending on a choice in the first game) comes back in full force and it is during the conclusion of the trilogy that his personality is given a chance to shine. Unfortunately, many still didn't get to see his character growth and the special quirks that made some players fall in love with him because much of that growth and getting to know the character was seemingly locked for only those that pursued a romance option, which makes both he and Ashley majorly divisive characters when it comes to the fanbase and the conversation surrounding the two. That being said, it would have been easier to feel a connection to him for those that were interested in romancing this character while playing John Shepard (alongside the Jane Shepard option), but apparently, that was never in the cards.

We sat down with Mac Walters to ask a plethora of questions regarding the trilogy, which you have seen all month so far with our extension coverage and our cover story. As a person that has romanced everyone through numerous playthroughs, I couldn't help but to ask about Kaidan, especially with so many reports stating that the mod restoration was proof of cut content.

When I asked whether or not Kaidan's romance was cut for Male Shepard in the first game, and if so would it be restored in the remaster, Walters responded with a quick and resounding "no." He elaborated, saying "So, this is an interesting one. What had happened in the original first game – actually in all of them – is when we would record the male and female Shepard lines, you actually had to go in and manually flag every single line that shouldn't or should be recorded for either gender at the time. The process for that, as you can imagine – like our tools had just been created on Mass Effect 1 – relied on every human to go in and actually select every single line. What you'd find is that there, it's not just the lines, there are other lines that got recorded that shouldn't have been recorded, because they weren't checked so they'd just get printed off as a script, they'd go to the studio, the actors would record them, they'd come back to the game, and that's what shipped."

He added that the team did try to capture as many of those instances where something wasn't checked as they could, and eventually the toolset was improved upon to lessen human error, but in the first game it was still all very new and Kaidan's lines slipped through the cracks. Because of that, Walters added that Kaidan will still only be romanceable by Male Shepard in the third game because "it wasn't intentional in the original" and the team has already told us that they wanted to keep the remaster as true to the source material as possible beyond generalized improvements.

I'm a sucker for romance in games, so my philosophy is the more the merrier. I've played through the trilogy way more than I'd like to admit and I can say that though I was among the camp that almost despised his character the first few playthroughs, my opinion changed dramatically when I romanced him. With games like these, I like to do numerous runs to experience each romance option to drain every last bit of content I can from a series I enjoyed. I'm glad I gave him that chance because I don't think I've ever done a 180 quite like I did in relation to Kaidan. I'm still waiting to have that epiphany about Ashley. Maybe the Legendary Edition will be that lucky playthrough for me.

Want more Mass Effect goodness? You can learn why BioWare decide to cut ME3 multiplayer entirely with our interview right here, as well as our game hub here for a ton of other exclusive Normandy-delivered news regarding the Mass Effect Legendary Edition's arrival on May 14.