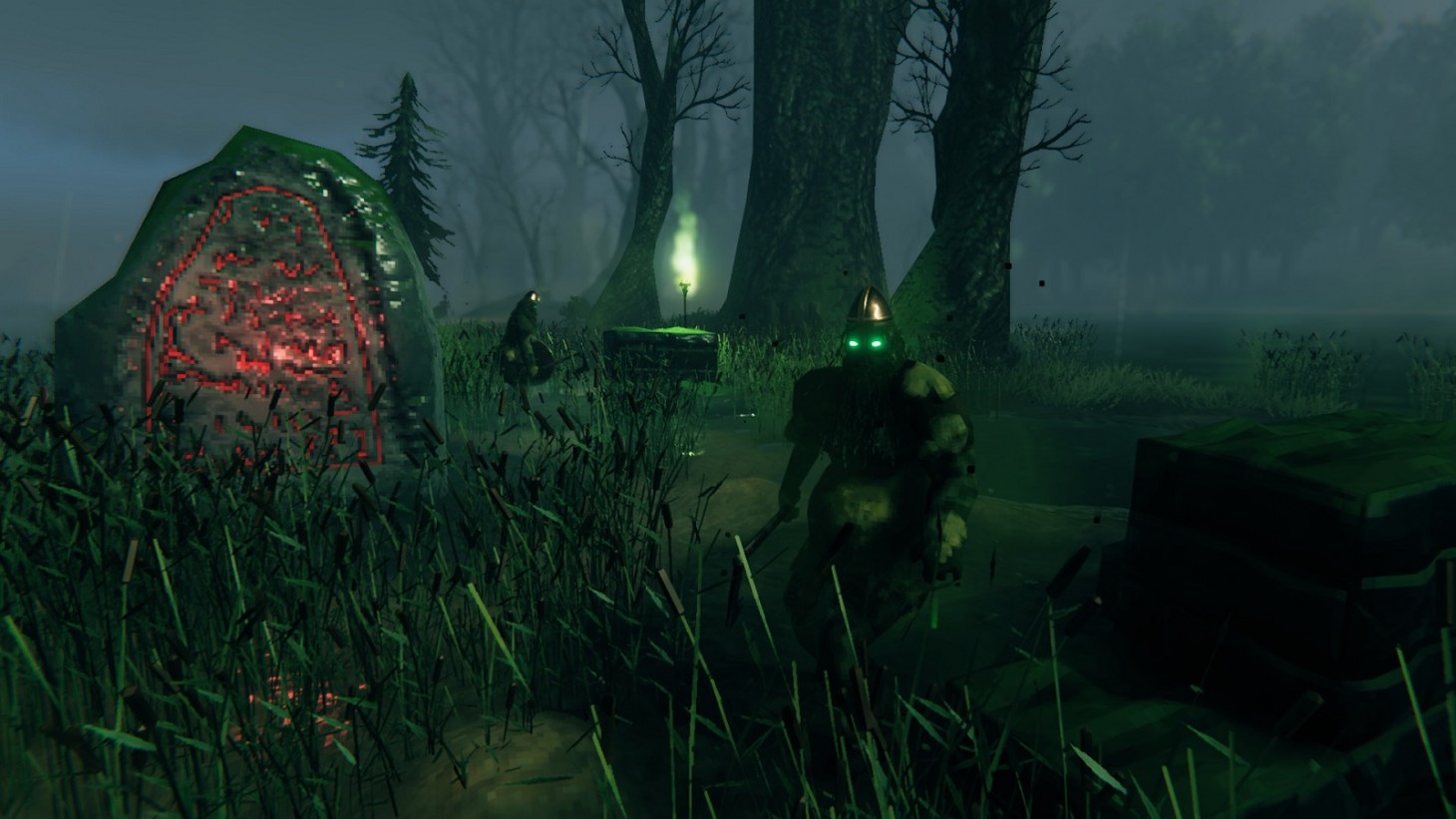 Valheim: How To Summon The Elder And Find The Swamp

If you checked out our starter guide for the Viking survival game Valheim, you’ve probably already beaten Eikthyrnir and started working on a happy homestead for you and your fellow Norse explorers. Your next mission tasks you with taking on the much bigger and badder boss The Elder and tackling the challenges of the Black Forest and Swamp biomes. After beating the first boss, the game opens up in several important ways that will take you in different directions. While Valheim is perfectly enjoyable as a solo experience, I recommend handling the journey ahead with a few good friends.

After Eikthyrnir’s demise, you’ll have the opportunity to fashion your first pickaxes from its antlers to mine stone, copper, and tin. These items can be found in the second biome in the game that spawns adjacent to your starting zone, the Black Forest. The Black Forest is much more dangerous than the Meadows, and includes Trolls, Skeletons, and a variety of deadly Dwarves. As you explore the Black Forest, be acutely aware of your surroundings and listen for the rumblings of Trolls. Trolls can kill you in one or two hits with your Meadows-tier armor, and corpse running through the Forest is a perilous endeavor.

The Black Forest And Surtling Cores

You can create many powerful items and tools from your newfound ores. However, you’re going to need a smelter, forge, and other additional amenities that you want to set up at your main base. For these, you are going to need to collect surtling cores. Now, there are several ways you can go about getting the surtling cores you need, but we’ll target the traditional way first, and then get to an alternative method later.

The Black Forest contains two different kinds of core “dungeon delves”. Keep an eye out on rocky outcrops with a door leading into the earth. One of these that can appear are Troll Lairs. You won’t need these as each one contains a Troll and some treasure in a single room, but you can feel free to farm these for amber, gold coins, rubies, and Troll hides. You can exploit the game’s artificial intelligence here by going into a Troll Lair, shooting the Troll with a few arrows, and zoning out of the cave. Rinse and repeat until the Troll is dead and walk away with some great loot safely, and make yourself a Troll cape!

The second kind of dungeon delve is the one you’re looking for. These Burial Chambers include a variety of dangers and treasures, and contain multiple rooms. You will face many skeletons in these areas, including some more dangerous archers and magic-imbued creatures. This is a great time to learn how to parry attacks with your shield. You will have poor visibility down in the depths, so a torch is suggested as your main weapon here (or you can bring more players with light sources as you swing with a traditional weapon). Be sure to open and clear each room carefully, cleaning up skeleton, ghosts, and skeletal spawners. In addition to finding various treasures in these areas, you will find rooms that contain a variable number of surtling cores. If you’re lucky, you can find all the cores you need for a bustling base in just a few dungeon dives.

Your First Foray Into The Swamp

Alternatively, you can find surtling cores in great abundance in the Swamp biome. Now, going to the swamp biome at this point in the game is a dangerous prospect, as it is home to poison blobs, leeches, enhanced skeletons, and more. Depending on your world seed, it may be possible to get to the swamps naturally or with some light swimming, but you will likely need to fashion a raft and head to the edges of your Meadows and Forests, and set out on a short trip through the ocean. A bigger, broader ship is advised if you have the farming inclination to set it up. Extreme caution is suggested for your first foray into the Swamp. I highly recommend making an encampment with a bed spawn point on the edge of the biome but not in the biome, so on a Meadows tileset adjacent to the Swamp is ideal. The reason for this is that you do not want swamp creatures invading your home or, even worse, destroying it. Your home-away-from-home will be able to handle the deer and boars that come knocking, but not the swamp fare. Additionally, your first priority upon making a settlement adjacent to the Swamp is to create a portal here that links back to your main base, but you can do that after your beds and walls have been safely secured.

One creature that you can find in vast numbers in the Swamp is surtlings. These fiery foes can be quite dangerous in packs. My advice is to pick them off at range with your bow in relative safety. At all times in the Swamp, and especially when hunting surtlings, keep an eye on your environment and stay out of the many water patches when moving around. Water patches are a hotbed of leeches and they can sneak up on you and kill you easily while you are otherwise occupied. Surtlings are an incredible source of both surtling cores and coal, so if you are an adventurous sort, this is a far better method of collecting these resources than attempting to find and clear out the Black Forest dungeon delves. High risk, high reward!

How To Spawn The Elder

The Swamp contains a number of other dangerous pursuits that you’re welcome to explore immediately, but your primary concern at this time in the game should be putting together a set of gear and tactics to take on the second major boss in the game, The Elder. This massive tree is much more difficult and deadly compared to Eikthyrnir and can be located at extremely inconvenient locations for a corpse run. First, how do you spawn The Elder? There’s a clue at his summoning point (something that is consistent across all Valheim boss encounters) that tells you to burn the young. In this case, we’re talking about the Graydwarves young.

Now, you may be thinking that you have seen tons of Grayling dwarves, but never gotten a trophy from them to use as a sacrifice in the burning bowl. It’s true, that’s not the way to spawn The Elder. Instead, you will need to find some Ancient Seeds (The dwarves here in Valheim grow from seeds, so these are basically… unborn baby dwarves. ew…). Ancient Seeds can be found in The Black Forest area by hunting down and destroying a Graydwarf Spawner. Look for a purple glow as you wander around the Forest and you should find one in no time. Place these seeds in the burning bowl at The Elder spawnpoint to make him appear. The Elder can fire incredibly powerful vines, summons deadly root spawns, and will absolutely annihilate you if you wander into melee range with a powerful stomp. Make no mistake, this boss is much, much more powerful than Eikthyrnir and can easily kill you and your friends, so I recommend you bring excellent armor and food, practice running and gunning, and bring a mountain of fire arrows to light The Elder up.

The Swamp and Black Forest are meaty zones with much more to explore than the Meadow, and expand the Valheim experience significantly, both in terms of the dangers you face and the options you wield to combat enemies and the environment. Have you tried Valheim yet? Are you playing solo or with friends? Let us know in the comments!