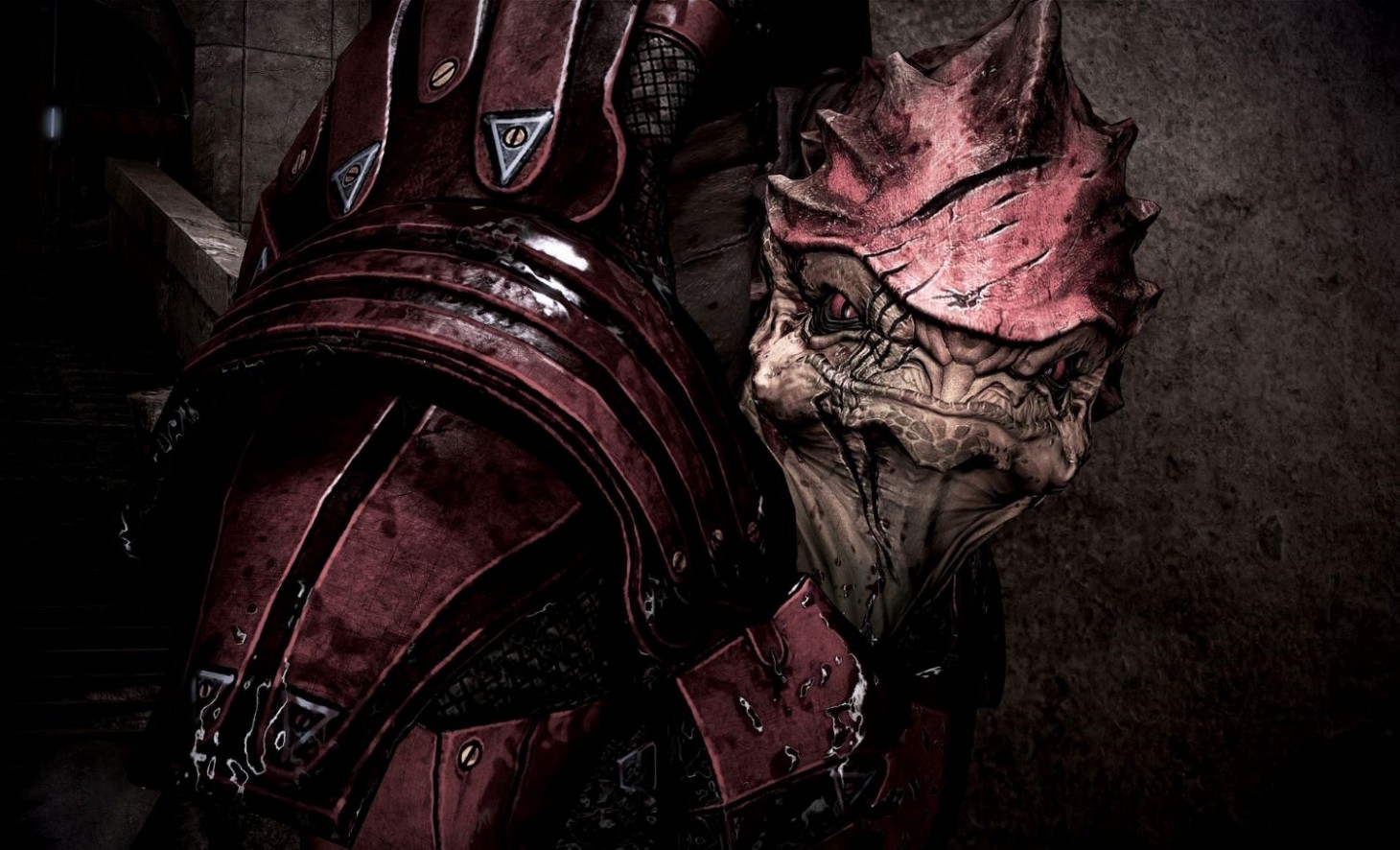 Krogans in the Mass Effect universe have an additional set of secondary organs and yes, that includes testicles. While that bit of knowledge has been around for awhile, what many might not know is that this hardened race of warriors actually has Star Trek to thank for their additional...um, assets.

Krogans have secondary organs with an extra heart, an additional pair of lungs, and more all in the evolutionary effort to be the strongest of the strong. The additional set of nether regions was established in the first game but what's interesting is how that decision came to be. In an interview with The Gamer, Mass Effect 3 writer Chris Hepler shed this much-needed light on the talk about ballsacks.

"I think the most exemplifying bit of lore has to do with the Krogan," Hepler told the site. "I initially thought it was super cool to have a species with backup secondary organs until I watched more Star Trek than I used to and realized that the [first] Mass Effect team probably got the idea from the Klingons.

"But Mass Effect went where Star Trek never would, and somewhere in Mass Effect 2, they concluded, 'well, Krogan must have backup testicles, too.' By the time Mass Effect 3 rolled around, the dialogue was full of slang about 'not having the quad for it.' So the evolution from a stodgy Codex description in [the first] Mass Effect to jokes and entertaining character voices by Mass Effect 3 makes me feel like the team got better at some things as we went along."

The more you know.

So where Star Trek didn't add the extra pair, the team at BioWare did, and fighting the good fight paid off because talking about Krogan testicles will never get old. Now if only BioWare would let us actually romance a Krogan...

To learn more about Mass Effect Legendary Edition with some of our exclusive content with the team at BioWare, be sure to check out our Game Hub here. Don't forget to also check out this month's issue of Game Informer magazine where we've got not one but three cover variants to celebrate the upcoming remaster that drops on May 14.