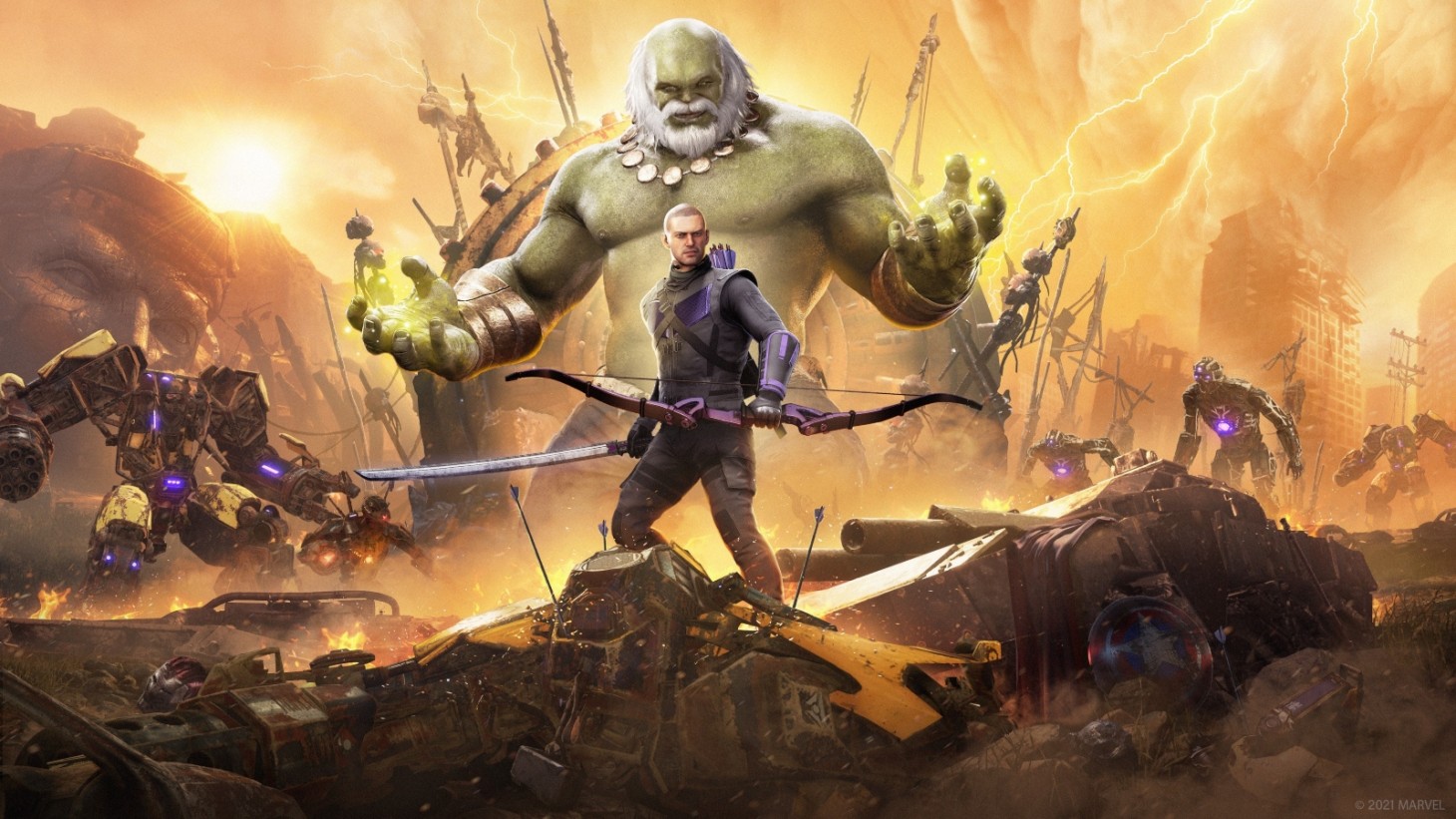 Crystal Dynamics announced that the next War Table video for Marvel’s Avengers goes live February 16. The event will be all about Hawkeye, more specifically Clint Barton. The studio also teased some sort of update about the PlayStation 5 and Xbox Series X versions of the game, which had previously been delayed.

Hawkeye was originally slated to be the first post-launch character to come to the game. Things changed, however, and it wound up being fellow archer Kate Bishop (who also uses the Hawkeye name) getting first dibs. While some will undoubtedly question releasing two characters with similar skillsets back-to-back, Crystal Dynamics previously assured that Clint and Kate will sport unique combat styles and abilities. Like all of the post-launch DLC, Operation: Hawkeye will arrive free of charge to players. The studio also released art signaling the introduction of Maestro, a long-time nemesis of the Hulk.

Get a glimpse of the future with our WAR TABLE Deep Dive: Hawkeye, premiering on February 16!

Like our previous Deep Dive, this will be directly uploaded and not livestreamed. pic.twitter.com/3aD2H5ST1T

Marvel’s Avengers is supposed to have more characters incoming, but right now we only know that Spider-Man will arrive exclusively for the PlayStation version at some point and that Black Panther is likely on the way as well. Despite having a generally well-received story campaign, the game’s multiplayer and live service structure has struggled to retain players since launch. We’ll see if another Hawkeye, a new villain, and whatever enhancements the new-gen versions offer will be impressive enough to reassemble players who have fallen off.

Check out our review of Marvel's Avengers here.