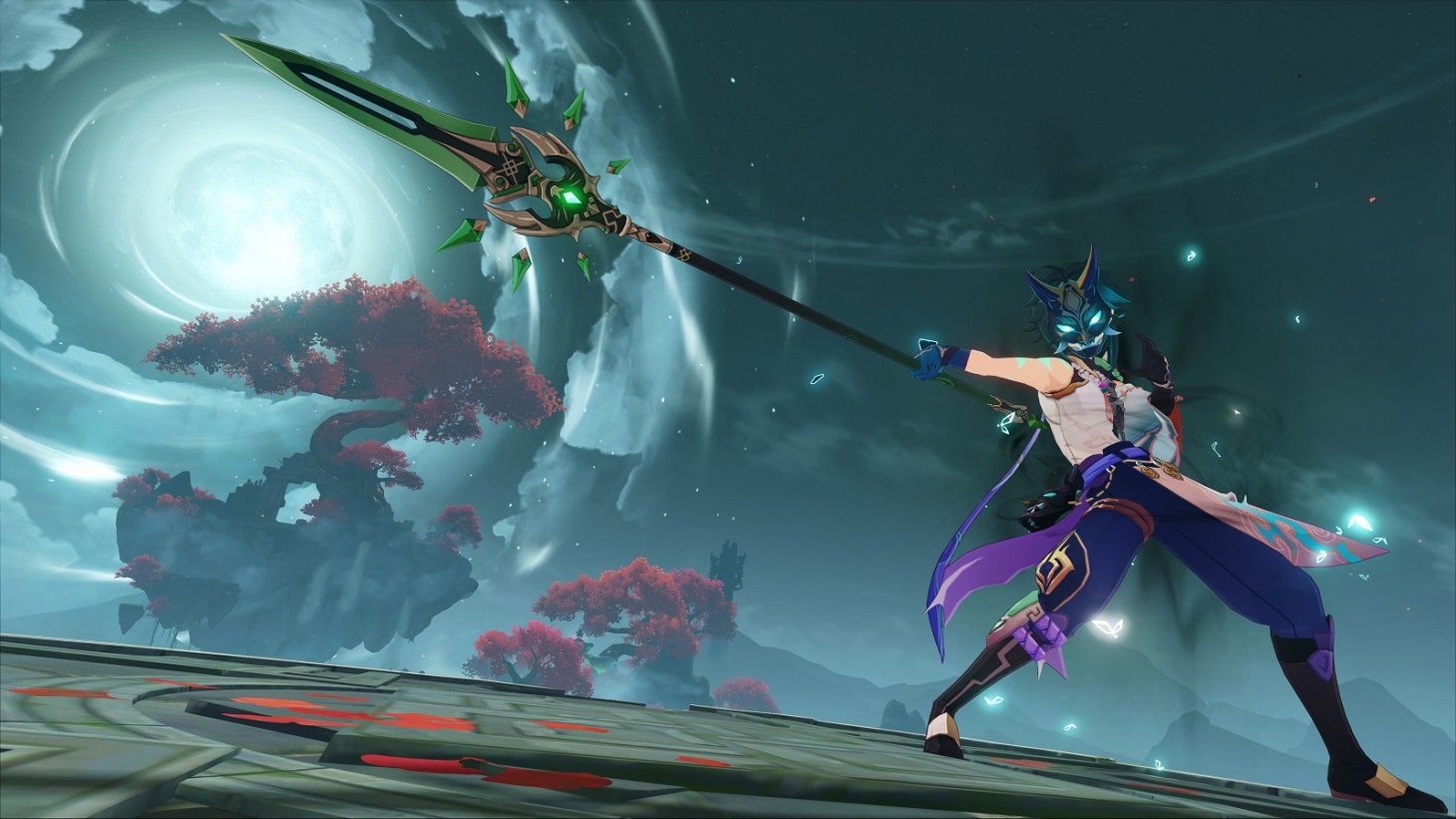 Genshin Impact continues rolling along with another big content drop coming February 3. The open world free-to-play gacha game is bringing a character that you may have met much earlier in your journey in as a new playable 5-star character. Yep, I hope you've been saving your primogems, because Xiao is here! Xiao is an Anemo (wind) character that uses polearms, with the ability to siphon his own life force to do more damage. Also, he has a freaking cool mask.

Yeah, basically I've been saving up my primogems since before Klee came out, so I'm ready to take a bunch of rolls on Xiao's banner.  No idea how to get started in Genshin Impact, what gacha is, or what any of these weird terms mean? Check out our guide to getting started here.

Okay, on to event news! During the Lantern Rite event, players can get 10 free Intertwined Fates per day via a login event and pick up 1600 primogems by completing various event activities. Players also get to pick a free 4-star character from the Liyue roster to add to their team, which may or may not give you some valuable constellation boosts or round out your team. The event brings a smattering of special activities and quests to complete focusing on Liyue, so look for food stalls and other festive fare around town. Get a taste of everything coming in 1.3 in the trailer below!

A new tower defense strategy activity is available during Lantern Rite called Theater Mechanicus, so that will be interesting to try out. Are you drowning in resources you don't want but never have the ones you need? This patch also adds the Parametric Transformer, which allows you to morph your excess resources into sutff you actually want.

"Genshin Impact is light on story and big on exploration, encouraging players to peek under every rock, glide from every precipice, and bash through every camp of goblins. This free-to-play, open-world action/RPG is an incredible amalgamation of stylish art and sound, easy-to-learn combat, and magical adventure around every corner," I said in my review of the initial Genshin Impact release. "As you climb the highest peaks, take on titanic bosses, and spare moments of tranquility to take in the scenery, you are inundated with dozens of possibilities. Plenty of games serve up unending tasks, but Genshin Impact provides a sense of unyielding enchantment and desire that I rarely ever feel."