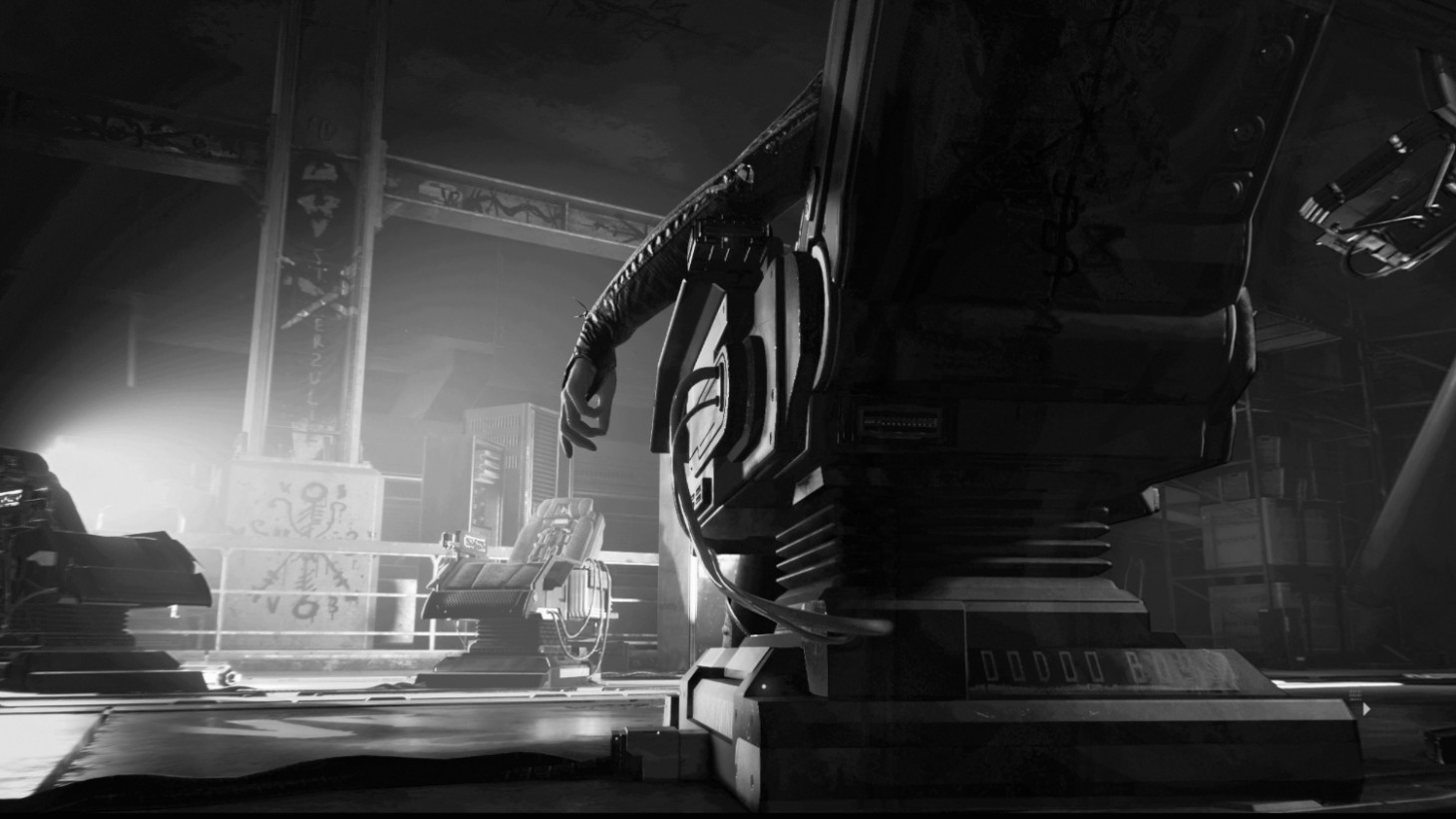 Cyberpunk 2077 was one of the most anticipated games of the generation and a large part of that was due to the reputation CD Projekt Red had with gamers and the excitement to experience something new from The Witcher studio. Despite that excitement, reports pre-launch painted a dire picture about what development was like for the action-RPG, including reports of a high-pressure environment that resulted in grueling working hours. Now, new details have emerged that shows the disconnect between leadership and the developers themselves, details that the head of CD Projekt Red has since addressed.

In a detailed report from Bloomberg, close to 20 devs, both current employees and developers that have since moved on from the company, revealed what their time working on Cyberpunk 2077 was like and how chaotic the process was behind closed doors. The developers also revealed that the impressive demo from 2018 was "fake" and that development didn't actually begin until 2016, despite the early announcement.

The report follows a recent video from CD Projekt Red Chief Executive Officer Marcin Iwinski where he seemingly took responsibility for the controversial launch of Cyberpunk 2077 while also simultaneously throwing the company's Q&A team under the proverbial bus. According to Bloomberg, the development process leading up to the video was something "marred by unchecked ambition, poor planning, and technical shortcomings." The major downfall? An unrealistic timeline that was backed less by actual planning and more by relying upon that "CD Projekt Red magic" that led to the turnaround for The Witcher series. Unlike The Witcher, however, the restorative process of bringing Cyberpunk 2077 to the level promised is still in progress as faith in the company continues to dwindle.

CD Projekt Red has mentioned several times throughout the marketing of the game that this was its most ambitious title yet. Instead of prioritizing making that ambition a reality in a safer and more time-effective manner, the report alleges that the vision was shaky and management was ruthless. According to Bloomberg, one developer likened the entire process as "trying to drive a train while the tracks are being laid in front of you at the same time."

Only one developer chose to reveal their name with other sources wanting to remain anonymous to protect their careers and future in the industry. According to former CDPR audio programmer Adrian Jakubiak, questions about how the more strenuous aspects of development were met with the blasé response of "We'll figure it out along the way." This philosophy is not new for the company, but it is that attitude that landed the Polish studio in hot water for previous crunch reports concerning The Witcher, reports that eventually led to a promise from leadership that it "won't happen again." Except it did happen again, only this time the fallout expanded beyond frustration with bugs. From overt review restrictions with the intent to hide that the console versions of the game (at launch) were not what was promised, to a lack of communication with branches of the studio like the social media team, the failed launch wasn't about bugs. Instead it was about trust and broken promises.

The amount of time developing the game itself was also shorter than people originally thought. Cyberpunk 2077 was first announced back in 2012, but — according to the report — development didn't actually begin until 2016, four years following the reveal. With a projected release date of 2020, the timeline in which to develop the studio's "most ambitious game ever" was less than generous; a period that was rife with poor leadership decisions and a lack of clear direction. Even looking back on scrapped content (which is nothing new during the development process), it was clear that there was no distinct vision going into this project. For instance, Bloomberg reports that the original idea for Cyberpunk 2077 was for it to be a third-person game, an aspect that many in the gaming community have been vocal about wanting due to the extensive character creator that the game houses.

Another revelation includes the 2018 demo, a demonstration that was closed to the public but unanimously praised due to its "live gameplay" presentation that was as stunning as it was impressive. It turns out, that gameplay demo surrounding our first look at V in action was "fake" and painted an entirely different picture for what was to come later.

Early gameplay demos are usually not an exact replica of what fans can expect at launch, especially that early on when looking at the scope of release. That is why the video housed a "work in progress" marker, to show that some things would change. The problem, however, is that much of what was shown was cut, and even the graphics seen in the demo are completely different than what was seen at launch. Car ambushes, NPC interaction sequences, and environmental integration were all either cancelled from development progress or changed beyond recognition, which is just one small part of the puzzle leading up to the game being delisted from the PlayStation store.

“There were times when I would crunch up to 13 hours a day — a little bit over that was my record probably — and I would do five days a week working like that,” said Jakubiak about his time with the company before he eventually left to start a family. “I have some friends who lost their families because of these sort of shenanigans.” Another massive contributor to the long working hours, something that is not uncommon in this industry and is an ongoing topic of concern, is that CD Projekt Red remained largely understaffed despite the increase in workload and ambition.

The report also details a cultural clash with many English-speaking developers expressing feelings of discomfort when in meetings. Major conversations would take place in the studio's home language: Polish. The company mandated that work meetings and professional collaborative settings would all be in the English language to be more inclusive for the England and United States members of the team. As detailed by Bloomberg, this rule was often ignored, making native-English speakers feel uneasy around many of their co-workers, often inspiring feelings of being talked about in a negative way openly without having any idea what's going on. Language barriers in development are nothing new, but the report paints a picture that this isn't a sparse occurrence, instead a regular habit that left the teams feeling splintered.

COVID-19 and Work From Home orders ultimately amplified the disconnectedness of the studio and the scrambled development vision. With the teams now spread thin and no clear leadership direction, many of the devs that worked on Cyberpunk 2077 knew the game wasn't ready to ship, but those in charge, including investors, were unwilling to delay the game yet again due to the backlash the previous delay saw.

I’ve read your piece and tweets, thank you for the read. I have some thoughts. https://t.co/T3qACdrnwM pic.twitter.com/wuzy5lXoqQ

Studio head Adam Badowski responded to the report, thanking Bloomberg for its coverage and offering a rebuttal. While some of the points made in Badowksi's response are valid, the bulk of the statement felt like a slap in the face to the developers that have been hurt by the entire launch.

Regarding the demo, Badowski said:

It's hard for a trade show game demo not to be a test of vision or vertical slice two years before the game ships, but that doesn't mean it's fake. Compare the demo with the game. Look at the Dumdum scene or the car chase, or the many other things. What the people are reading your article may not know is that games are not made in a linear fashion and start looking like the final product only a few months before launch. If you look at that demo now, it's different, yes, but that's what the "work in progress" watermark is for. Our final game looks and plays way better than what that demo ever was.

As someone that was at the first demo shared at the 2018 E3 conference, I'm not sure I would say it looks and plays better than the demo. I walked out of the demo confused as to why the devs showing it off apologized for it being "bad" with statements like "Please excuse the way this looks, it's very early footage." To me, it looked perfect, like everything I've ever wanted in a dystopian futuristic game. That demo also turned me around from my initial knee-jerk reaction at being frustrated that it was a first-person game, because that demo showed off the immersive nature of that decision and why it makes sense to have that be the design decision.

Regarding the demo, Badowski later added "As for the 'missing' features, that's part of the creation process. Features come and go as we see if they work or not. Also, car ambushes exist in the final game almost verbatim to what we showed in the demo." He also addressed the people Bloomberg spoke with and this is where Badowksi's statement seems especially tone deaf. In response to who the reporter sat down with, the studio head said "You've talked with 20 people, some being ex employees, only one of whom is not anonymous. I wouldn't call that 'most' of the over 500-people staff openly said what you claim." While true, the statement seems incredibly dismissive to those that were willing to speak out, brushing aside the feelings expressed in an attempt to ratio the perception of CDPR's working environment.

Can CD Projekt Red recover from this? Absolutely. We've seen comebacks of incredible proportions with games like No Man's Sky and Fallout 76, but the damage done goes beyond the game itself. The culture surrounding leadership's relationship with its team at large, the lengths the company went through in order to hide last-gen's performance issues, and the daunting conversation of the efforts made to mislead consumers to believe that "Cyberpunk 2077 magic" pose a larger journey ahead. From here, leadership needs to take accountability beyond a PR response and as the development team continues to work hard on delivering the promised fixes, DLC, and multiplayer, that same leadership needs to be more involved to ensure that this work is being done safely and in an organized manner.

You can catch up on everything that lead to launch with our previous coverage here.