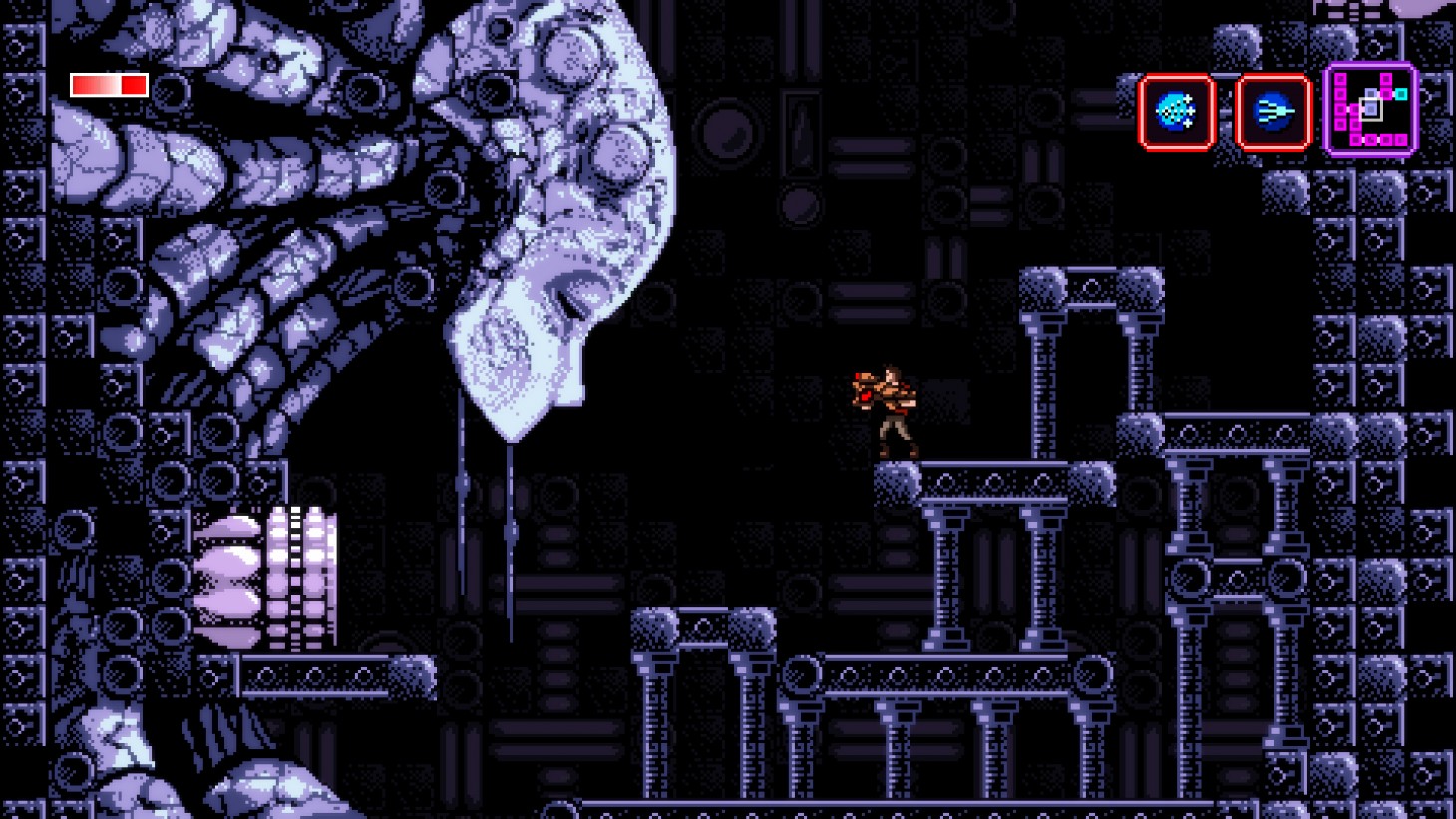 Almost six years after its original release, new content is on the way for the original Axiom Verge. The 2D, Metroid-inspired indie game from developer Thomas Happ came out back in 2015 and earned acclaim for its clever gameplay and retro aesthetic. Now, with Axiom Verge 2 on the horizon, Happ has made the surprising announcement that a new randomizer mode is coming to the first game.

In a blog post, Happ explains that he has been working on Axiom Verge 2 since the launch of the original, and this new randomizer is the result of the passion and dedication of fans in Axiom Verge speedrunning community; it was made primarily by volunteers while Happ focused on the upcoming game.

So what does the randomizer actually do? It switches up the order in which you receive various items and upgrades, allowing experienced players to challenge themselves. According to Happ’s post, “Essentially, the Randomizer Mode randomizes (thus the name) the items you get as you progress through the game, but in a very sophisticated way. The Randomizer is smart enough to know that in certain areas you need weapons with certain characteristics to progress.”

In other words, it doesn’t just give you weapons in a haphazard random order. Because of the way the game is structured, you need access to weapons with specific properties (like shooting through walls, or destroying certain barriers) at certain points, or else your progress would be blocked. That’s what the randomizer mode is smart enough to figure out, ensuring that you can still move forward while also adding a layer of unpredictability to your playthrough.

If that sounds interesting, you should read the full post to get a more complete idea of how the mode works, and what the additional options are. The randomizer is available now (in beta) for the Steam and Epic Games Store versions of Axiom Verge, and will come to consoles as a free update once the team gets “all of the kinks worked out.”

Axiom Verge 2 is releasing sometime in the first half of 2021, so while you wait, you can check out this randomizer to re-familiarize yourself with Axiom Verge's strange, haunting sci-fi world.