Arkane Studios Co-Creator Is Working On A New Game

Prey and Dishonored are two incredible games that offered unique adventures and a narrative players couldn't help but be swept up in. But what's next for Dishonored co-creator Harvey Smith since he's not attached to Arkane's upcoming Deathloop title? We don't know specifics yet, but we do have confirmation that he's actively working on a new game with the teams behind both games.

In a recent interview with Vandal, Smith confirms that he's not attached to Deathloop due to a new project currently in the works. He then confirmed that the teams behind Prey and Dishonored are also attached to this mystery game, though details were scarce about what the nature of the title would be.

It's always possible that a new entry into the already-established franchises is on the horizon, but this sounds more like it could also be the rumored new IP that began making its rounds earlier last year. A job post posted a few months after rumors began circulating pointed to the team developing a new "immersive simulator" game, which is also a likely candidate for what Smith and the team is currently working on.

It will be interesting to see what new story arises from this creative team following the acquisition of ZeniMax Media by Microsoft, which includes Bethesda and Arkane Studios. Whether it's a continuation of the Prey or Dishonored adventures or a brand new IP altogether, this is a massively talented team and we can't wait to see what they've been working so hard on.

If it is the game from the earlier September job post, it's likely that the project is very early on in its development, meaning that a reveal probably a long ways off yet. Perhaps we will see more hints dropped about the new game over the months leading up to the time period E3 usually takes place in. While events may be out again this year due to the continued evolution of COVID-19, many companies are still preparing for the usual reveal times whether these announcements happen in-person or through a digital format once more.

What do you think the new project from Harvey Smith and his team is? Sound off with your thoughts in the comment section below! 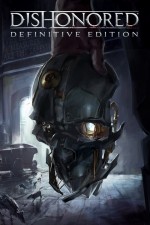