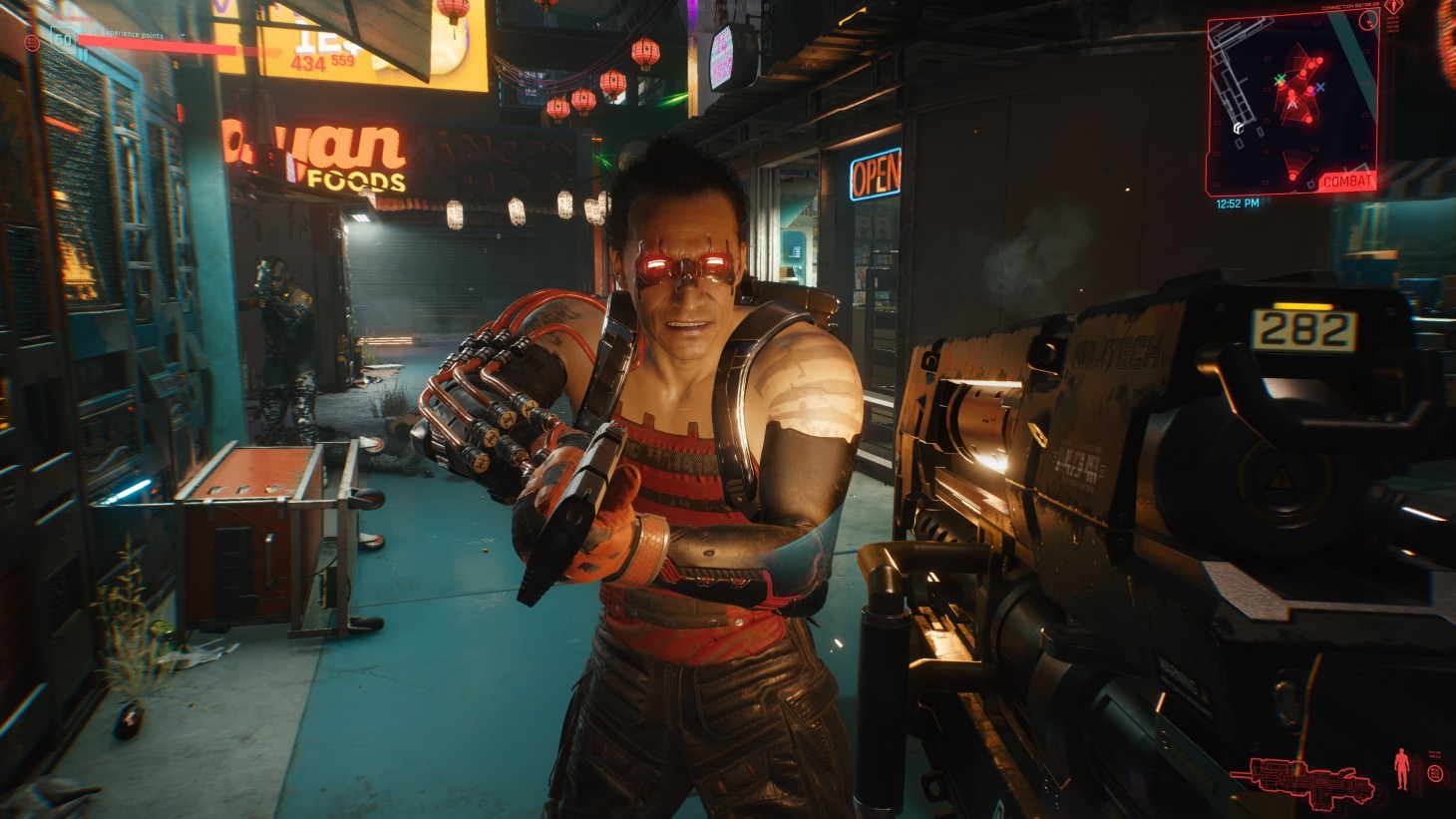 Our review of Cyberpunk 2077 was conducted using the PC version of the game, as the console versions were not (and are still not) available for testing. Cyberpunk 2077 launches on December 10 for PC, Xbox One, and PlayStation 4, yet developer and publisher CD Projekt Red only made the PC version available for the review. This doesn't mean you should be concerned, but if you are looking for impressions of the console versions, we don't have them yet, but will do our best to bring you them as quickly as we can once we get hands-on time.

For PC players, I can say Cyberpunk 2077 is a monster of a game with a great backdrop to explore. It's rich in story and depth, allowing you to fully soak in Night City while developing your character in powerful ways. In my review, I gave Cyberpunk 2077 a score of 9 out of 10 and said it "can be dark and disturbing at times (frighteningly so), but the majority of its content is fascinating and loaded with depth through the various RPG systems and lore. I thoroughly enjoyed my time in Night City, and Johnny Silverhand is a great partner to see the sights with. Cyberpunk 2077 doesn’t overstay its welcome with its critical-path story, but also invites players to jack in and stay for hundreds of hours of unique content should they want to. It didn't blow me away like The Witcher 3: Wild Hunt, but is still a hell of an opening to what will hopefully be a new series."

Cyberpunk 2077's console versions will be playable on PlayStation 5 and Xbox Series X for no additional charge, but are not yet enhanced to take full advantage of the next-generation hardware. At some point next year, CD Projekt Red will release a free next-gen update that will enhance the performance of these versions.

Again, we'll let you know how the console versions fare in the coming days.