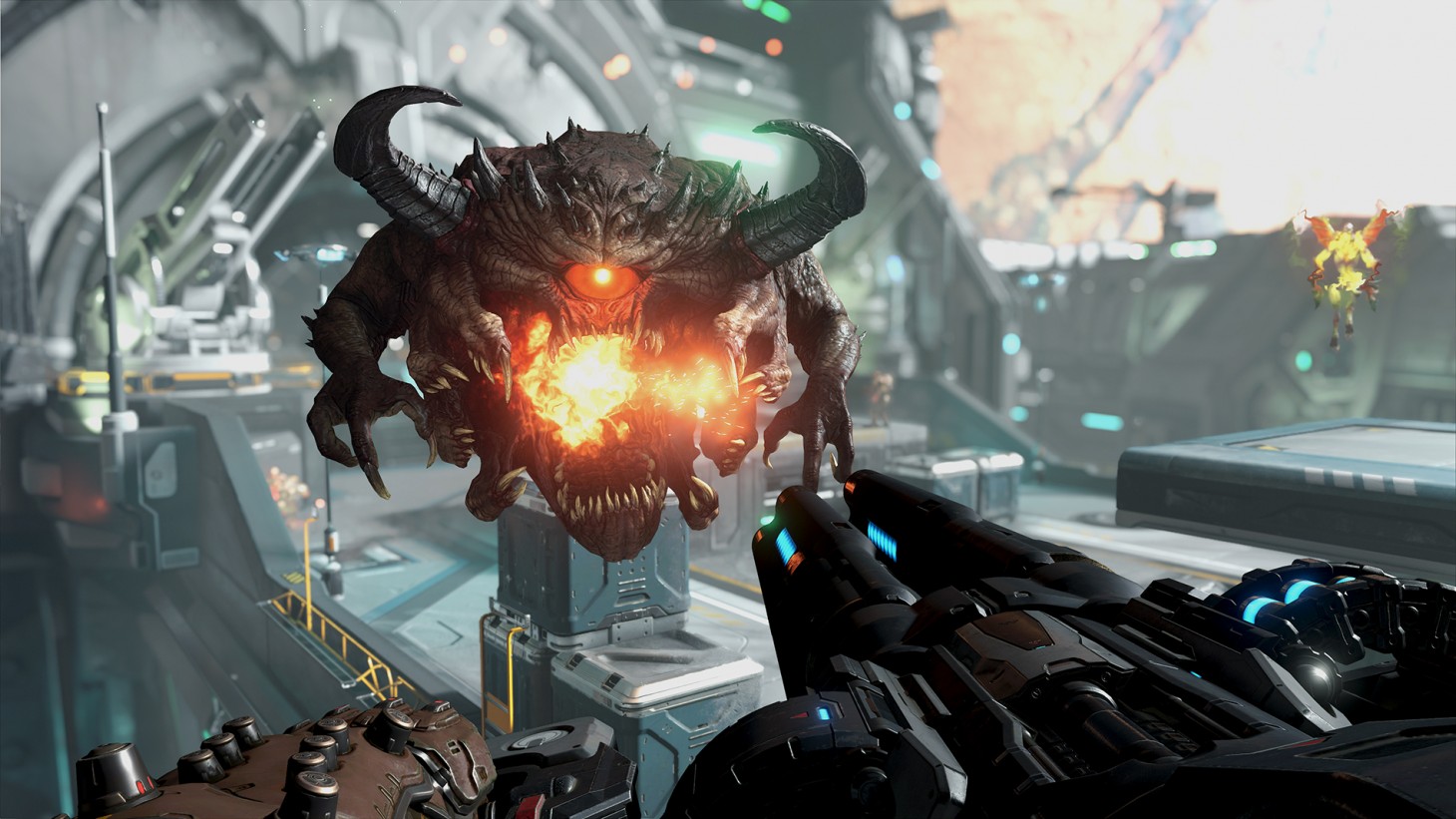 Doom Eternal is already stretching its demonic wings over to Nintendo Switch next week, but Xbox fans on PC get to play even sooner. The acclaimed shooter is heading to Xbox Game Pass PC this week. Meanwhile, a new Master Level arrives today to challenge experienced Doom Slayers in both new and familiar ways.

The game comes to Xbox Game Pass PC on December 3rd. This comes two months after Eternal hit Game Pass on console. Meanwhile, the new Master Level, the Super Gore Nest, is available to play. Like previous Master Levels, this tougher variation on the campaign level remixes combat encounters by adding more enemies to the fray. The Master Level features various difficulties and modes with cosmetic rewards for completing each, the ultimate of which being the Gold Combat Shotgun skin.

Additionally, a new Classic Mode presents a vintage challenge by tasking players to mow down demons using only the Super Shotgun, then unlock more weapons and mods as they progress. Beating this mode rewards the appropriately nostalgic Classic Green Slayer skin. Sounds like a neat throwback and probably beats playing classic Doom on a Game & Watch for those seeking an old-school way of experiencing the game, but that’s just me.

Doom Eternal has proven to be one of the best games of the year, especially for us at Game Informer (our review). The sequel builds upon its 2016 predecessor by introducing satisfying new weapons, the addition of fun platforming segments, and a more insane difficulty. The game has a shot at snagging the coveted Game of the Year prize at the 2020 Game Awards. If you’re interested in a more critical analysis of Doom Eternal’s design, however, our own Blake Hester wrote a great opinion piece on the game’s DLC, The Ancient Gods, and how it perhaps mishandles the franchise’s signature pacing.