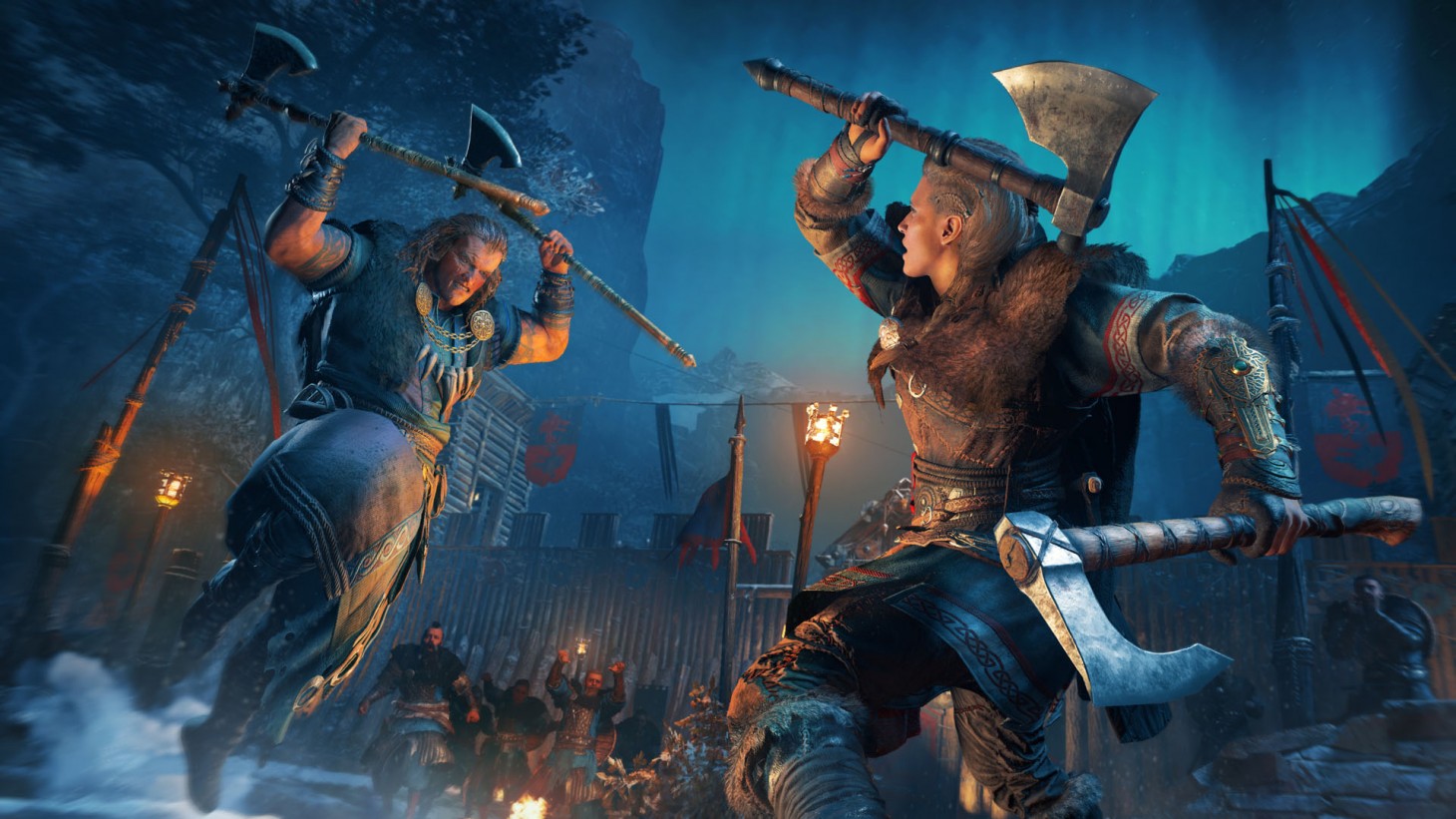 Update (12/16/20):  Though Valhalla initially launched without XP boosts, a recent update to the storefront has now added them. Get the full story here.

Original Story:
Today is the day Assassin's Creed fans have been waiting for since Valhalla's announcement in April:  The game is finally out for every system (well, except PS5, which launches with the console on Thursday), and players can start their own Viking adventure. As I point out in my Assassin's Creed Valhalla review, the experience addresses many of the lingering issues from the previous installment, Assassin's Creed Odyssey.

Though Odyssey was still a great game, one of my big complaints was the pervasive grinding. The XP gain just felt a bit too slow, which is why it stung that Ubisoft was selling an XP booster for $10. When a game has so much friction in your progression, it doesn't feel great to see that you have to pay extra money for a solution. Well, in Assassin's Creed Valhalla, you don't have to.

While Valhalla still has a storefront where you can buy cosmetics, gear, and maps to collectibles, you won't find XP boosters on the menu. That may be partially due to the backlash surrounding them in Odyssey, but more importantly: You just don't need them. You gain skill points at a satisfying clip, and during my playthrough, my story progress never felt throttled or blocked. Sure, there may be some areas of the map that are too challenging in your current state, but you will always have other (and equally essential) options open to you.

The whole "pay for power" approach to microtransactions can easily make players feel cheated if they already paid for a full-price game, so I'm glad to see Ubisoft ditch it this time. But if you really enjoy Valhalla, you can still invest more money in other ways. Ubisoft has announced post-launch plans for the game that involve free updates and paid expansions, as well as an educational Discovery Tour mode. Considering the surprising success of Odyssey's post-launch support, it should be interesting to see how Valhalla improves from here.

Are you playing Valhalla today? If you want a few pointers, be sure to check out these 11 spoiler-free tips.