Assassin’s Creed Valhalla already looks to be a meaty experience, but Ubisoft has laid out its plans to keep would-be raiders engaged for the next year. Big seasonal events will further bolster the Viking experience free of charge, while paying season pass holders will be treated to two major story expansions.

The first paid content is Wrath of the Druids. Players journey to the scenic hills and haunted woods of Ireland to unravel the mystery of a Celtic druidic cult. Doing so involves discovering and hunting down its members. Players also partake in battles against ring forts and will influence Dublin’s trading system and monarchy. Wrath of Druids launches in spring 2021.

The second expansion, The Siege of Paris, takes players to Frankia in the midst of a pivotal and bloody conflict in Viking history. Players must infiltrate a fortified Paris and form strategic alliances to conquer the city from within its walls. The Siege of Parish arrives in summer 2021.

Additionally, season pass holders have access to The Legend of Beowulf, an exclusive quest that will be available on launch day. 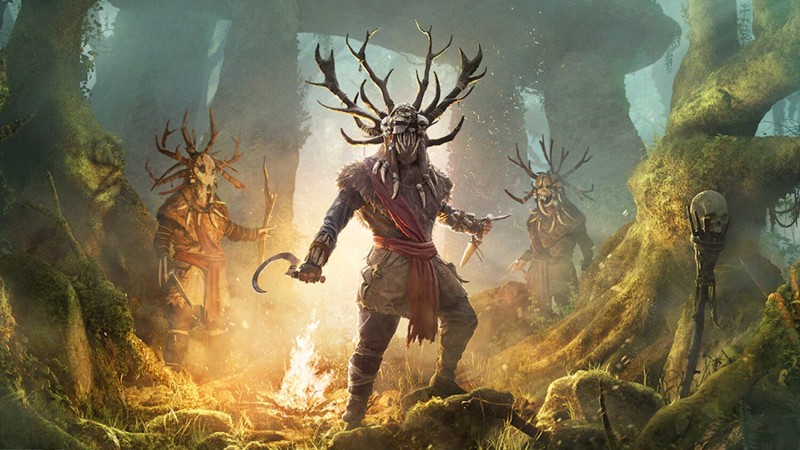 For everyone else, Ubisoft plans to sprinkle free seasonal events throughout the next year beginning with season one at the end of 2020. A Viking Yule Festival acts as the season’s centerpiece event. River Raids, a new game mode, offers a challenging twist on traditional raiding. Players can also look forward to recruiting Jomsvikings from their friends’ games, an additional settlement area, plus new weapons, abilities, and cosmetic items.

Ubisoft promised similar content addition for subsequent seasons and revealed the timeline for their arrival. Look for season two to hit spring 2021, season three in the summer, and season four next fall. Lastly, Ubisoft announced that the popular Discovery Tour, the conflict-free, educational world tour, will return to Valhalla sometime in 2021. Considering the success Ubisoft had with its wonderful post-launch support for Assassin's Creed Odyssey, it's good to see that trend continue with the new installment.

Assassin’s Creed Valhalla launches November 10 for Xbox Series X/S, PlayStation 4, Xbox One, Stadia, and PC. It also releases November 12 for PlayStation 5. For a good idea of what to expect, check out our most recent hands-on impressions, plus insight from development team about the game's major pillars.

How appetizing do these post-launch desserts look? Sound off in the comments below!