What To Expect With Animal Crossing: New Horizons' November Update

The year is almost over as November kicks off and with a new month comes a new Animal Crossing: New Horizons update. The next update to drop will bring Winter into island life and like previous update expansions, new characters, events, and even more recipes are on the way. Here is what you need to know about the upcoming Animal Crossing: New Horizons November update.

The November update will bring winter, but it's still an extension off of the Halloween inclusion. While the update isn't available now, it is expected to drop later this month and will bring with it an event to celebrate Thanksgiving as well as the return of the Toy Day event. 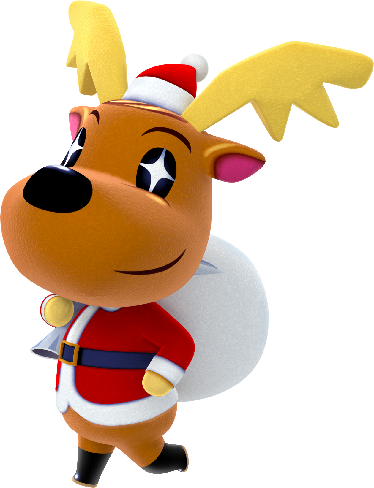 Back in September, the reveal trailer for the Fall event showcases a preview of what happens when winter arrives. In the video, Franklin the Turkey was shown off as a returning guest. This character, as expected, brings in Thanksgiving celebrations for the Harvest event. In addition to Franklin, the trailer also teased Jingle the Reindeer, marking the return of the Toy Day event. No dates have been revealed for either event as of it, but going by past releases, we'll be seeing Franklin at the end of this month, with Jingle coming into play around December 23-24.

Each event, as usual, will come with festive additions to reflect the change in season. New recipes themed around both the Toy and Harvest events will bring new ways to customize those islands. The events will also offer additional objectives in order to unlock exclusive items that are only available during each timed-event. For the Harvest event, Franklin will once again be asking for more fish, and with cooking on the way (according to a few recent leaks), it's likely we'll see a few changes regarding what Harvest will bring.

Toy Day will also likely see a few updates to make it feel new and with all of the recent datamined features potentially on the way and with the crafting potential, it's likely the Toy Day event will feature a ton of new activities for players to enjoy.

It will be interesting to see how Nintendo closes out 2020 for Animal Crossing: New Horizons players. It's been a massive year for the franchise. With COVID-19 kicking off its spread into a global pandemic around the same time as the game's launch, more people dove into the calming world of Animal Crossing as a means for escape. This was especially true given the quarantine orders that were mandatory on a global scale.

The Halloween event was a massive success. I was hoping to see Brewster return with the beginning of the Fall event (pumpkin spiced lattes, anyone?), but alas? He's still missing despite him being leaked months ago. Hopefully, the Harvest event will herald his return. I can dream.

We don't have a release date yet for when the November update will drop, but it is expected to launch near the end of the month.

What do you hope to see from the upcoming Animal Crossing: New Horizons November update? Sound off with your thoughts in the comment section below!