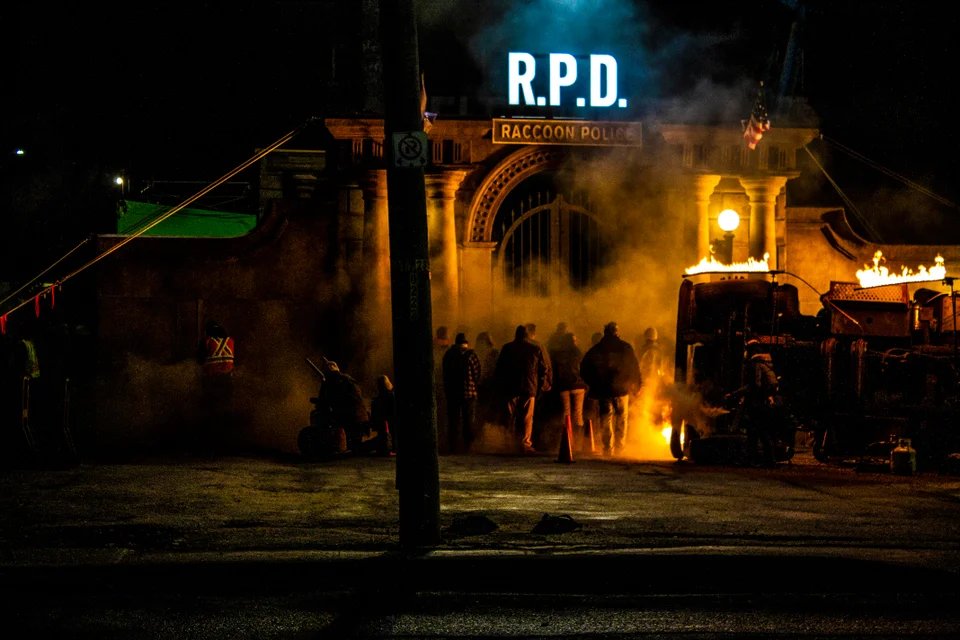 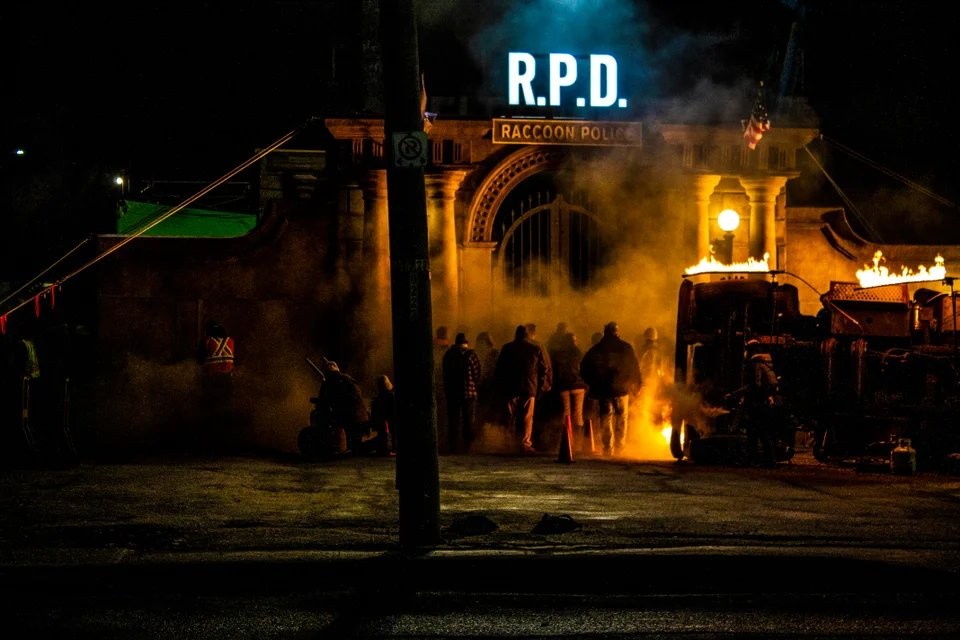 Back in October, fans got their first look at the cast for the upcoming Resident Evil movie reboot, confirming who will be bringing to life iconic characters like Jill Valentine, Chris Redfield, and more. Now, we've got our first look at Racoon City with new set images from the film.

Fans curious about the upcoming Resident Evil movie reboot were quick to sus out any and all information they could find. The fruits of that labor resulted in quite a few on-set images showing off Racoon City's police station:

Seen people talking about how this might be the RPD entrance, so I decided to do a little side-by-side.

It's the RPD entrance. No doubt in my mind. pic.twitter.com/9wh9HbZNMD

My sister works in Resident Evil, so jelly pic.twitter.com/ZlQPIUuYTj

The above images are mostly centered around the entrance into the city and the police department itself, but it is a cool little inside sneak peek at what the overall vibe will be, especially coming from the previous Resident Evil movies that were met with increasingly negative responses with each new release.

We know that the upcoming movie will be centered within the timeframe of the first two games in the franchise. More information about the narrative has yet to be revealed, but hopefully we will be learning more soon now that it is in active development.

What do you think about the set images from the Resident Evil movie reboot? Anything in particular you're hoping to see the most? Sound off with your thoughts in the comment section below and tell us all about your dream Resident Evil experience.