On the fence about playing Dragon Quest XI S: Echoes of An Elusive Age - Definitive Edition, the expanded version of the well-received 2018 RPG? Square Enix has given players ample time to figure it out. A demo for the upcoming game is available now on PS4, Xbox One, and Steam and provides an hours-long argument for why you should give the full game a shot.

The demo consists of the game’s entire opening chapters; a chunk Square says could take around 10 hours to complete. Since that’s enough time for players to get the story moving in earnest, all progress will carry over to the full game. Best of all, Square promises demo players will receive special rewards when they boot up the full release. That’s probably the best way to give players real sense of a title that takes 60-80 hours to complete.

The original version of Dragon Quest XI originally released August 2018. It stars the nameless hero and Smash Bros. competitor...Hero on a quest to discover the destiny behind his hidden power. The S edition first arrived on Switch in 2019 and features a faster battle system, more flexible crafting, a new orchestral soundtrack, and Japanese voice-overs. Additionally, the expanded story boasts new side-stories for your party members. That all sounds great, which makes it wild that non-Switch owners seemingly almost missed out on them.

Dragon Quest XI S - Echoes of an Elusive Age launches December 4 for PlayStation 4, Xbox One, and PC. You can read our review of the original version here.

Will you be setting aside the time to take the demo for a test drive? Let us know in the comments! 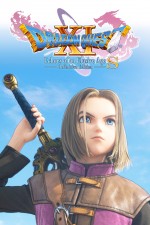