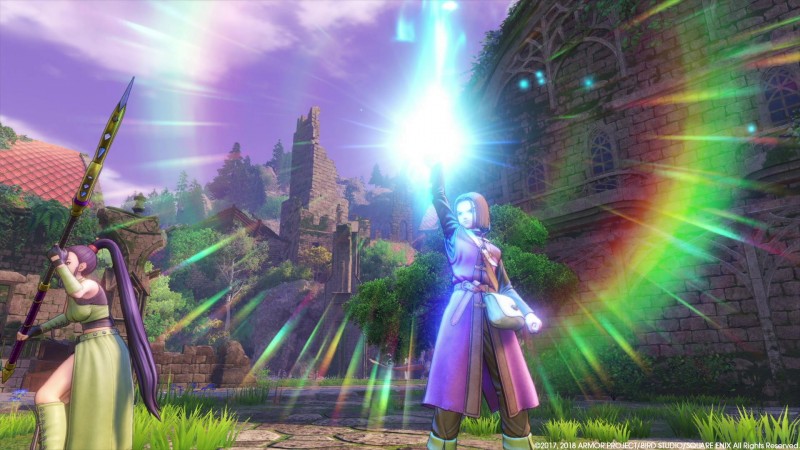 The other day, Square Enix and Nintendo revealed that Dragon Quest XI for Switch, known appropriately at Dragon Quest XI S, would be coming to the console this Fall. The Switch version has a number of improvements to the game over last year's release on PlayStation 4 and PC, including some use of orchestrated music and extra story content for the game's characters. As of right now, Square Enix is not sure whether these new additions will come to the previously released versions.

According to Wall Street Journal's Takashi Mochizuki, when he asked Square Enix about the subject, they simply stated they are undecided on the matter.

The music is one often-criticized aspect of the original release, so the replacement for the battle and field music you'll be hearing most often is making existing owners somewhat upset. Whether Square Enix responds to those complaints is another question entirely.

Dragon Quest XI was actually the first Switch game ever announced, mentioned offhandedly during a 2015 press conference for the NX. The release this Fall will make it over four years since the announcement, though it combines both the PlayStation 4 version's graphics along with the Japan-only 3DS version's retro mode as originally suspected from the announcement.