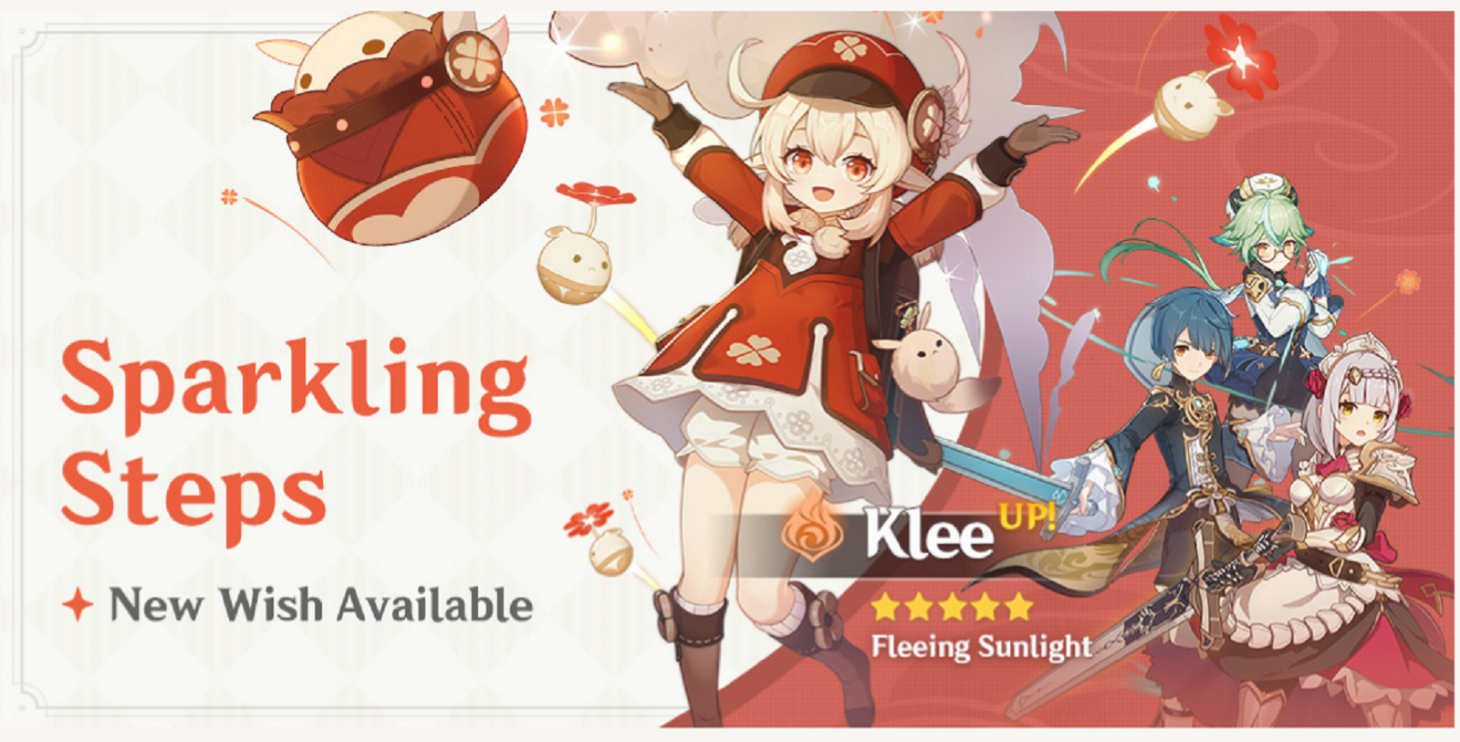 Ready to gamble on gacha for a new character? The first new playable character coming to Genshin Impact, the 5-star Klee, arrives today as the star of a new banner. That means you can have a great shot at acquiring this tiny character that makes huge explosions, if you have a big stack of Primogems saved up or the willingness to open your wallet.

A story quest at AR32 lets you try out the character, but a new trial to test out Klee will also be available to see if you want to spend your hard earned currency (in-game or otherwise) on trying to pick up this Pyro character.

While many of us are running Xiangling for our spicy fire character and the elite few running Diluc, Klee may give the current pyro all-stars a challenge. Klee features a skillset that embraces all kinds of explosions, and like many other characters in Genshin Impact, combining her skills with other characters and abilities can yield surprising and powerful results.

Klee's banner also features a drop rate increase for some 4-star characters that you might be interested in picking up constellations for during this event. Check out our guide to gacha, constellations, and much more right here. I think Klee looks like a cool powerful AOE fire character, but I'm saving my Primogems for the next region. Yeah, I'm aware that it might be a while. When gacha banners are involved, it pays to save!

Want to know more about Klee? Check out the trailer below!