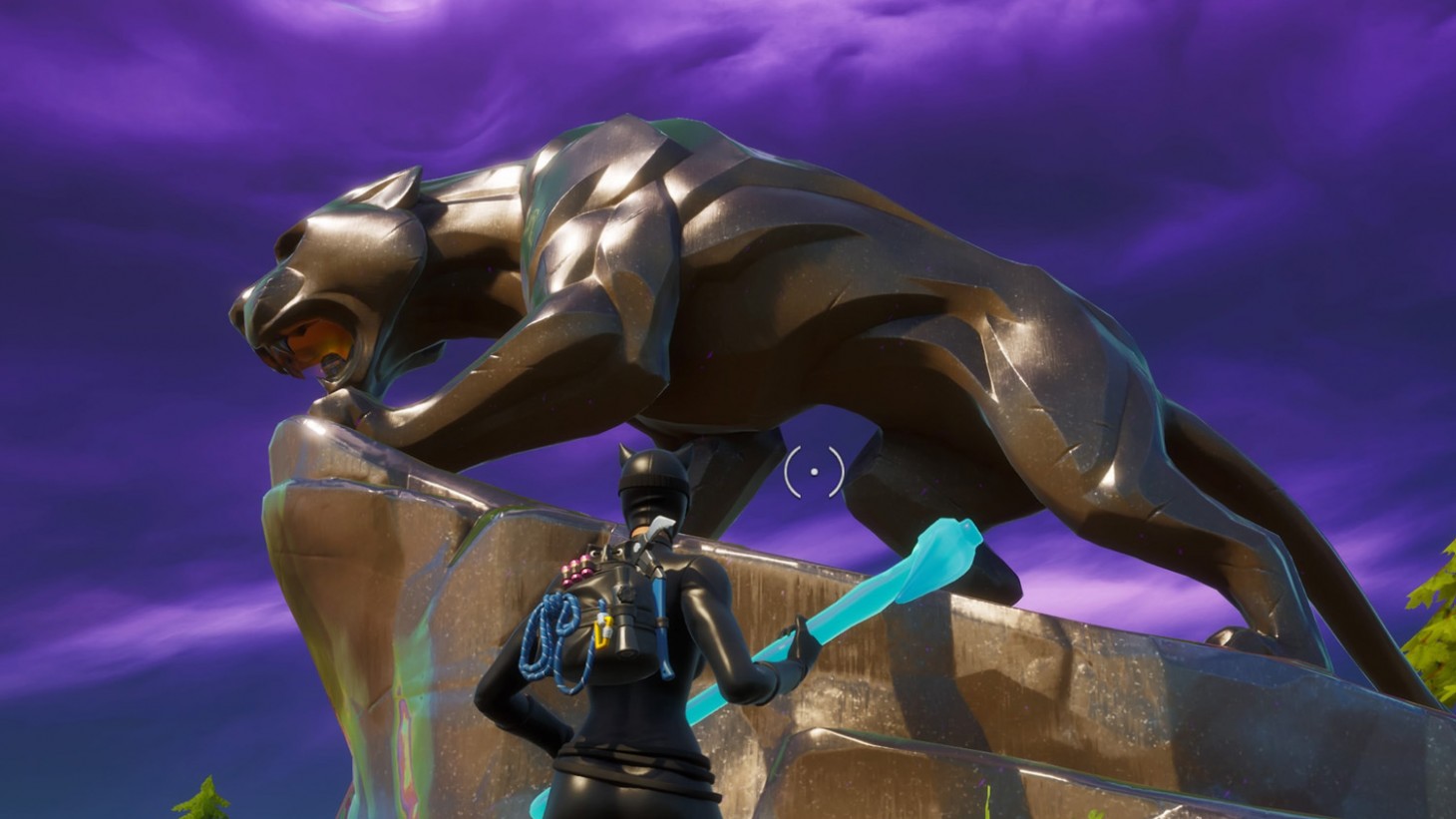 The recent death of actor Chadwick Boseman has left a life-sized crater in the hearts of Marvel fans and general moviegoers alike. While the film industry has been paying tribute to Boseman's immense talent on and off the screen, video game developer Crystal Dynamics (at the beginning of their War Table stream) paid their respects to his memory as well.

Fortnite, known for its many crossovers with fan-favorite comic book heroes, released a new update that includes a statue of the Black Panther. While the update has been planned for some time, fans have been venturing to the statue to pay respect to Boseman. Perched on a rocky cliff as if watching over and protecting its territory,  a large statue of the titular mammal can be found just west of the Misty Meadows arena. If they approach the statue, players will also be able to hear music inspired by the Black Panther movie.

Black Panther is a stirring and profound example of diverse storytelling; enhanced by the film's cast with Chadwick Boseman at its center. Here's why we definitely need a Black Panther video game too.