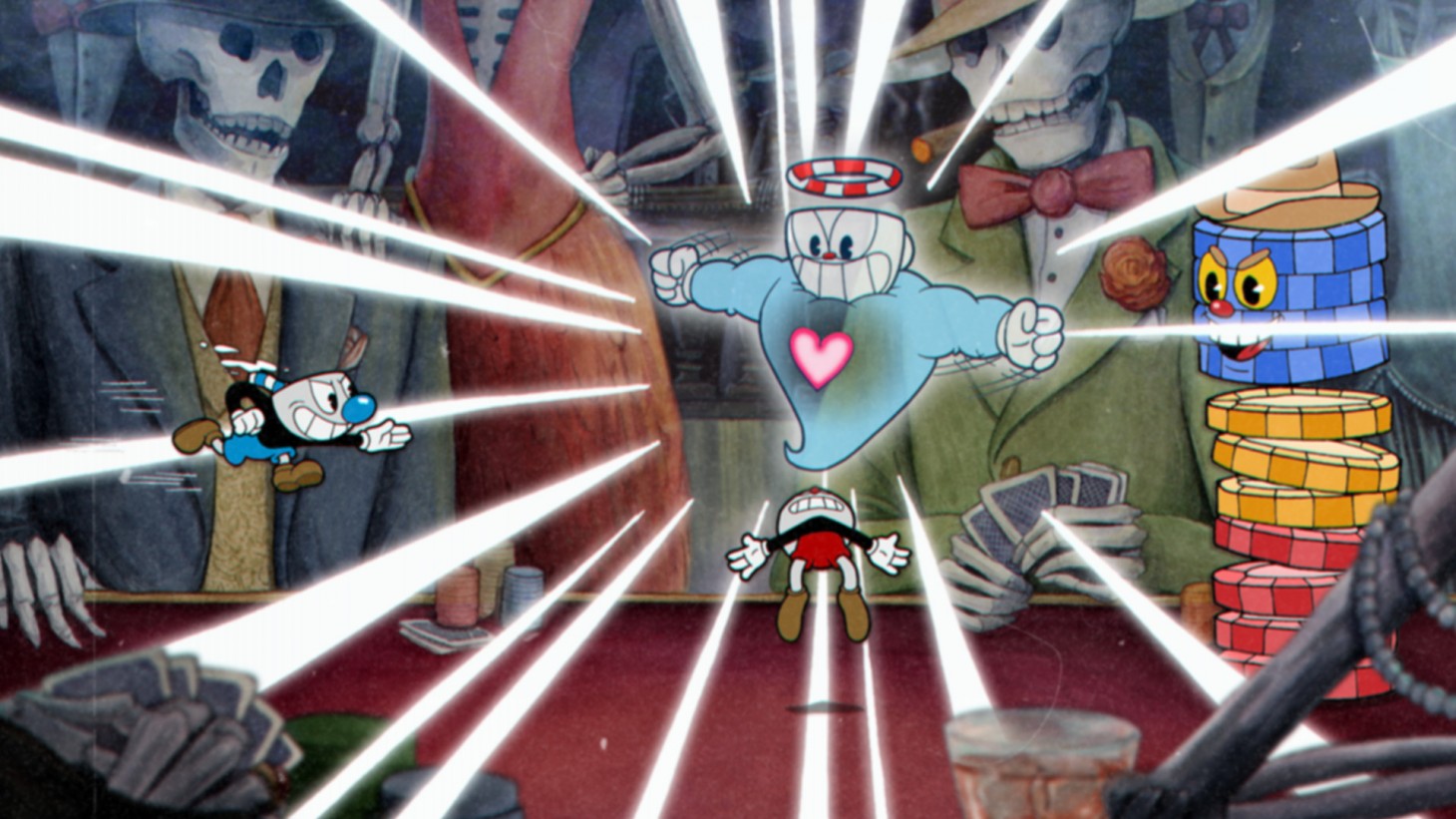 During today's Summer Games Fest stream, Studio MDHR revealed that its smash hit, Cuphead, is not only coming to PlayStation 4, but it's doing so today. The announcement came via a stop-motion trailer.

Additionally, Studio MDHR gave an update on the previously announced The Delicious Last Course expansion that was announced more than two years ago, saying that it's not quite ready, but we'll learn more about it in the coming months. The Xbox version will also receive a free special update that includes a digital art gallery, behind-the-scenes commentary, and a playable soundtrack. No release date was given for this update.

Cuphead launched on Xbox One and PC in 2017, then Switch in 2019. It is available for PS4 today. You can read our review here.