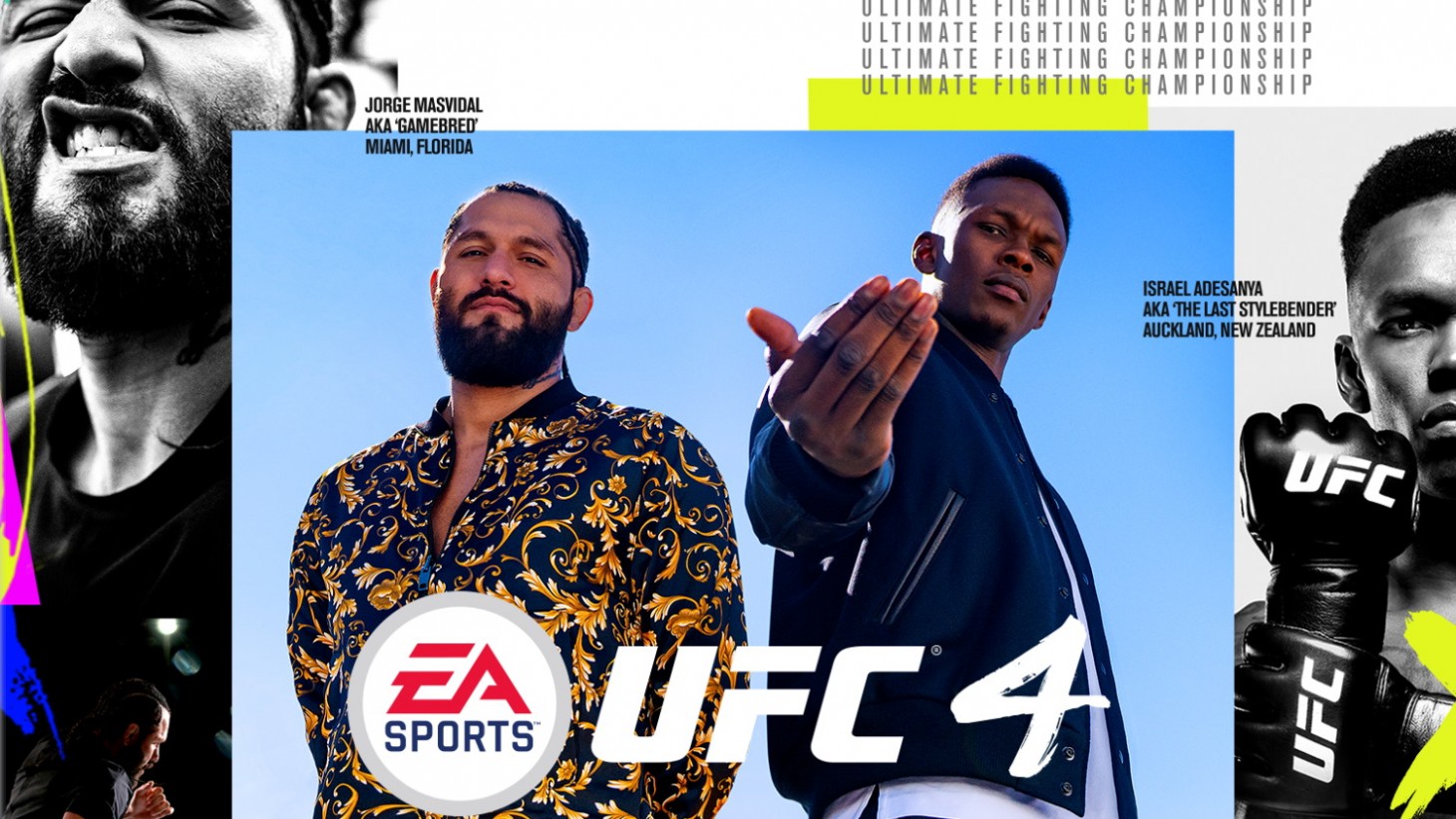 As the Ultimate Fighting Championship readies its massive UFC 251 pay-per-view card tonight, EA Sports has officially announced the existence of the fourth iteration of its UFC-licensed franchise. Not only that, but EA Sports has also given us our first look at this year's cover athletes, as well as the welcomed surprise that we only have just over a month to wait for the game's release.

Gracing the cover of EA Sports UFC 4 are two of the biggest names in mixed-martial arts coming off enormous years: Jorge Masvidal and Israel Adesanya. Masvidal, who stepped into tonight's UFC 251 main event welterweight title fight on a week's notice, began 2019 with a big knockout win against former title challenger Darren Till before knocking out the previously undefeated Ben Askren with an electrifying flying knee just five seconds into the fight – the fastest knockout in UFC history. In November, Masvidal defeated Nate Diaz for the newly created BMF title, headlining Madison Square Garden. Adesanya also had a tremendous 2019, defeating the legendary Anderson Silva before taking down Kelvin Gastelum for the interim middleweight championship in what many consider one of the greatest fights in UFC history. Subsequently, Adesanya unified the interim belt and the undisputed title with dominant performance over then-champion Robert Whittaker, ending the fight with a second round knockout. 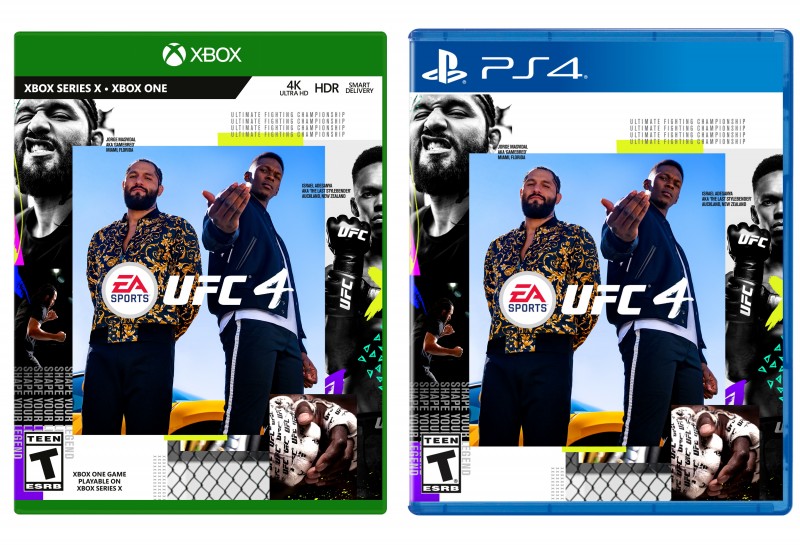 "I am the face of a new wave of UFC fighters, so it feels right to represent the sport on this new generation UFC game," Adesanya said in a press release. "I look forward to my fans playing as me as much as I have enjoyed playing as myself."

"MMA is more than about the belt," Masvidal said in that same press release. "It's about who you are as a person and the determination that drives a fighter to go from unknown to selling out arenas all over the world. I grew up backyard fighting so it's exciting for me to see that style of fighting come to UFC 4 where players can bring out their Gamebred mentality."

EA Sports UFC 4 makes various gameplay improvements to striking, the clinch game, and grappling, while expanding the offerings in career mode, fighter creation, and the online suite. For more on what UFC 4 brings to the table, check out our in-depth preview. EA Sports UFC 4 launches on PlayStation 4 and Xbox One on August 14. Those who pre-order can add heavyweight boxing champions Tyson Fury and Anthony Joshua to their rosters.