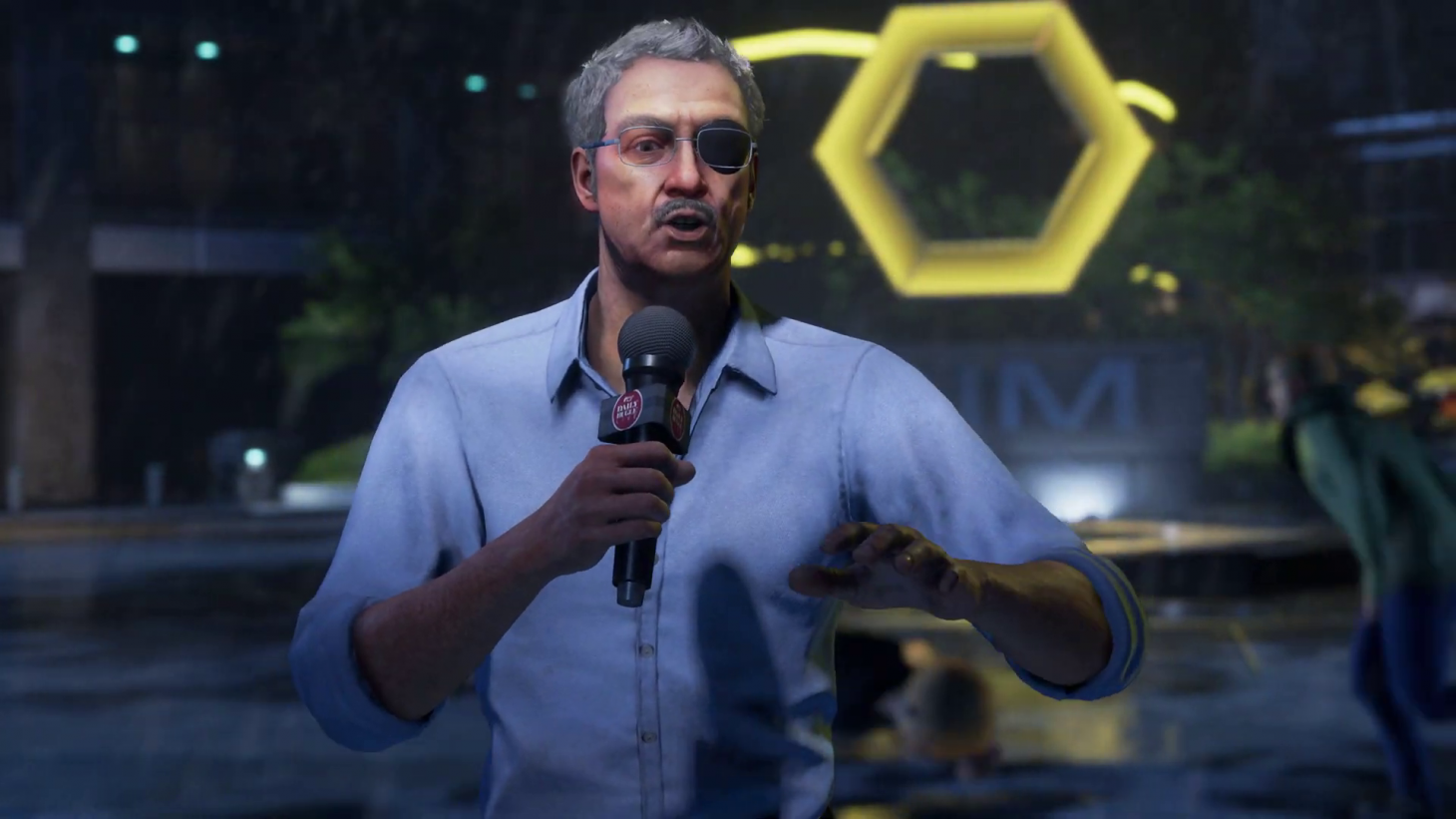 During today's Marvel's Avengers War Table presentation, we got an extensive look at gameplay for Crystal Dynamics' upcoming superhero game. While the action was plentiful and the details went deep (you can read the entire recap of the video, plus our interview with the team here), one subtle detail caught our eye.

In the opening cutscene of Thor's "Once An Avenger..." Hero mission, a reporter is broadcasting beneath the Avengers' helicarrier while a battle rages on. Upon further examination, the microphone flag features the logo of none other than The Daily Bugle, the publication that Peter Parker works/worked for. Could this potentially be a tease that the webslinger himself could be recruited by Ms. Marvel to help Iron Man, Thor, Black Widow, and Hulk in the future?

While this could simply serve as a meaningless nod to the greater Marvel universe, in our new interview with Crystal Dynamics, studio head Scot Amos says the team is adding teases in the launch-day content to hint at potential future heroes, villains, and story arcs. "Some of the hooks we cast into the water on day one, you’re like, 'Oh, that’s kind of cool. AIM has this undersea base. It’s doing some cool technology. I wonder if that ever goes somewhere.' Then later, we pay that off with, 'Oh my gosh! That tied to this, and now this other character showed up!'" he says. "Those types of arcs are things we’re starting at the core level and then adding these heroes, regions, and villains at no additional cost. That world keeps expanding and you’re constantly on that buy-the-ticket-take-the-ride-with-us journey from the beginning through the expansions that we’re going to have."