Tony Hawk's Pro Skater 1 & 2 Are Getting Remastered And Bundled

Activision's recent success of restoring Crash Bandicoot, Crash Team Racing, and Spyro the Dragon will hopefully continue with Tony Hawk's Pro Skater 1 and 2, classics that originally appeared on PlayStation in 1999 and 2000 respectively. Developed by Neversoft, Tony Hawk's Pro Skater changed the world of gaming and gave way to an entire subgenre of sports titles, from more "pro" titles by Activision for BMX and surfing, to the SSX series, and rival games like EA's Skate.

This isn't the first time Activision has tried to bring the fire back to the Tony Hawk gaming brand. In 2012, developer Robomodo released Tony Hawk's Pro Skater HD on PlayStation 3, Xbox 360, and PC, and it wasn't warmly received, being viewed as a step down from the original games both in technical performance and the vision of the new content that was added. Activision again partnered with Robomodo for 2015's Tony Hawk's Pro Skater 5, which was so bad, it appeared to be the final nail in the coffin for the Tony Hawk games.

After a five-year hiatus, Activision is trying again, this time enlisting the development talents of Vicarious Visions, the studio behind the Crash Bandicoot remakes. Similar to those restorations, Vicarious is preserving what came before as best it can, while adding a new coat of paint to both Tony Hawk's Pro Skater 1 and 2. The game's will be bundled together and released for PlayStation 4, Xbox One, PC (through the Epic Games Store), and Mac.

While the career paths from both games are still independent and push players to complete the same goals, the skills earned by the individual skaters are shared between both games, meaning you could get a bit of an edge out of the gates if you continue using the same skater from game one to two.

All of the original skaters from these games are returning and have been updated to their current likenesses. This lineup consists of: Tony Hawk, Bucky Lasek, Bob Burnquist, Elissa Steamer, Steve Caballero, Andrew Reynolds, Geoff Rowley, Kareem Campbell, Chad Muska, and more. When asked about secret skaters such as Tony Hawk Pro Skater 2's Spider-Man, Vicarious Visions didn't provide a direct answer, and implied we'd have to wait to see what the secrets in the remaster will be. There will be more secrets added overall, however, so that's promising. 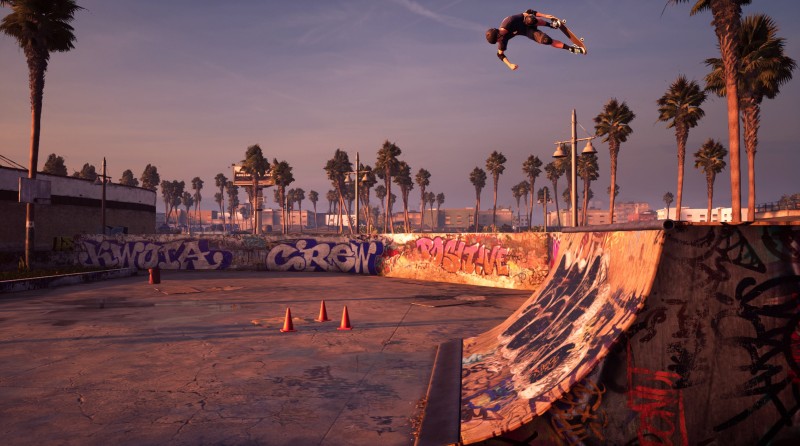 The soundtrack will bring back many of the songs from the original games, but not all of them. Which songs have been omitted is also unknown at this time. According to the trailer above, Bad Religion, Dead Kennedys, Powerman 5000, Goldfinger, Millencolin, Naughty by Nature, Papa Roach, Primus, Rage Against the Machine, and Lagwagon are still incorporated in some capacity, whether through the same songs or new ones.

All of the skating action unfolds at 60 frames-per-second on all of the iconic stages we used to create ridiculous combos back in the day, including the Warehouse. While you may be chasing many of the same objectives in these stages, you will have an expanded arsenal of tricks to perform, whether it's aerial maneuvers, lip tricks, or manuals. The revert move, which debuted in Pro Skater 3, has been added to both of these games.

Online multiplayer returns and again invites players to challenge each other in Graffiti and Scoring Challenge modes. Players can also dive into Create-a-Park (which debuted in Pro Skater 2) to build robust parks that can be shared with friends online. Vicarious says the creation tools offer more options than the original game, and can even remix already-published parks.

We don't have long to wait to return to Tony Hawk's Pro Skater 1 and 2. Activision is eyeing a September 4 release date for all of the versions.