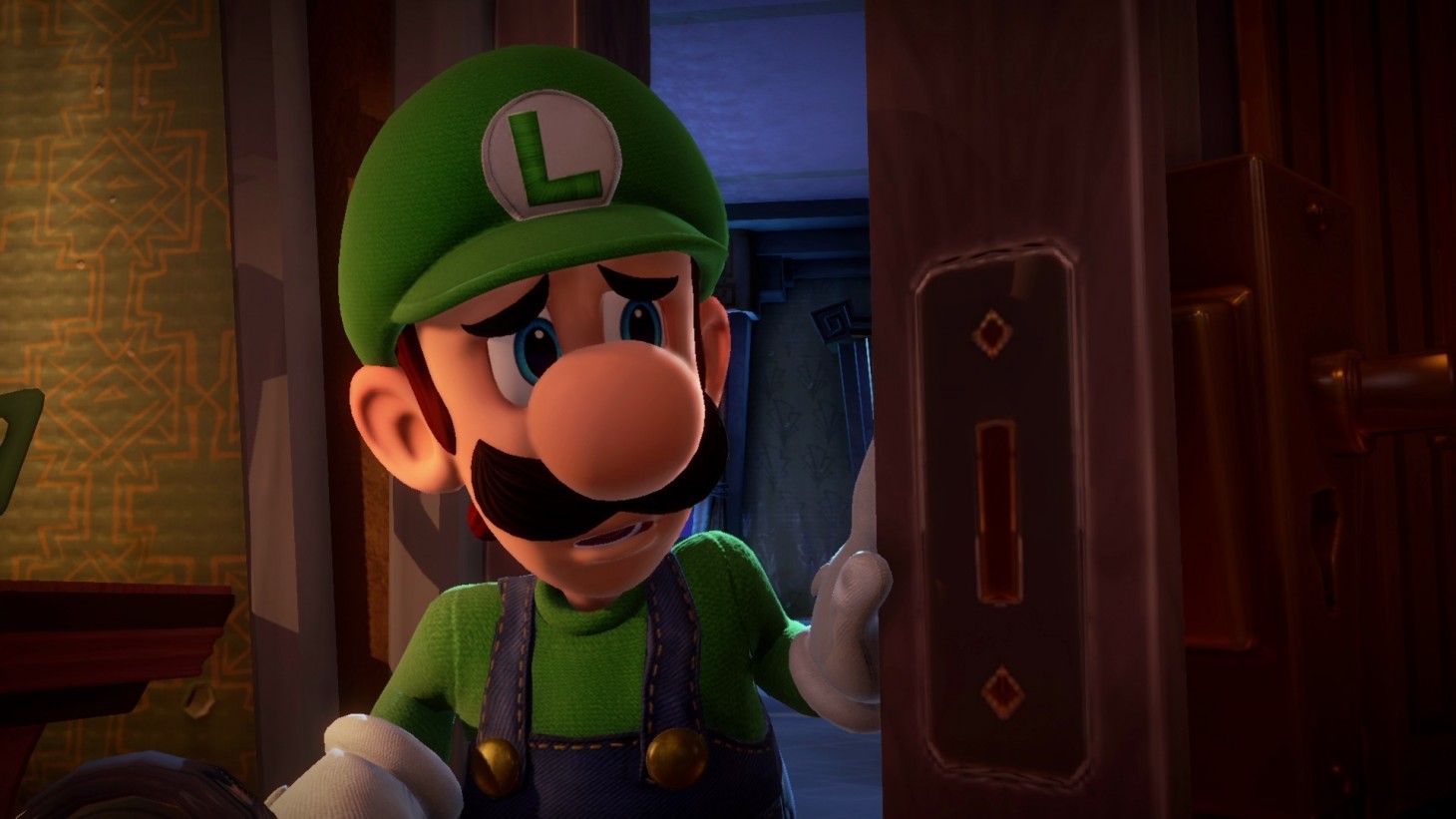 Looking Back On The Ghosts Of Luigi's Mansion

Luigi has starred in a few games of his own since his inception as a regular player two, but none of his games have been as popular as the Luigi’s Mansion games. Although it’s great that Luigi has a series all his own in which he saves Mario for a change, he isn’t technically the star of the series; the real stars are the ghosts. There are many, many ghosts filling the mansions Luigi plunders, and it’s worth paying our respects to the fallen heroes of the franchise, especially with a hotel full of new ghosts on the way. 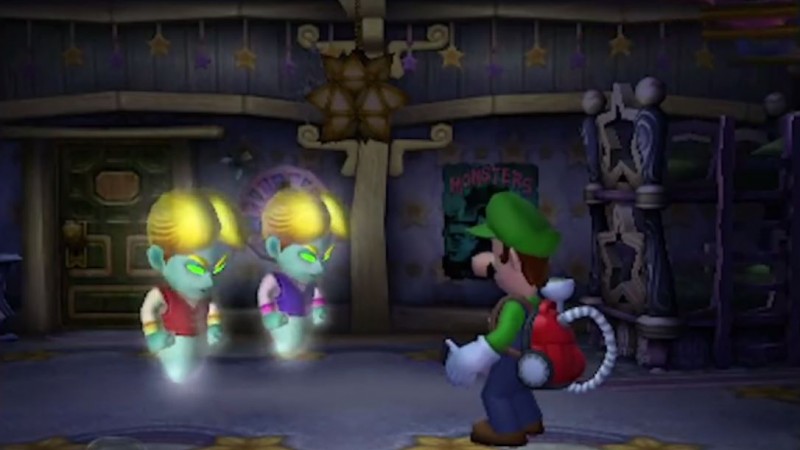 The Family of Five

Yes, there is a family of ghosts in the original mansion. A father, mother, and three sons live in the mansion. In fact, the father, mother and baby have their own wing of the mansion to themselves. The two other sons, the twins, live in a separate part of the mansion for some reason. Neville, the father, can be found reading “Mario’s Story” (which is the Japanese name for Paper Mario) in his study. Lydia, his wife, stays in the bedroom doing her hair. According to her bio in the Game Boy Horror, she stashed her savings away for the afterlife, which leads to a few questions: Did she know she was going to die? What was she planning on buying in the afterlife?

The couple has three children, all boys. The twins, Henry and Orville, love playing hide and seek, cars, and planes. Their room is full of car and plane memorabilia, which makes sense considering they are named after Henry Ford and Orville Wright, the fathers of automobiles and planes respectively. The twins are also likely a reference to The Shining, and the twin girls who also just want someone to play with them. Finally, the baby boy named Chauncey has dubious origins. The Game Boy Horror bio says he was born as a ghost, but pictures of a human baby boy similar to Chauncey can be found in the mansion, implying Chauncey died somehow. Though Chauncey is a huge brat, this may just stem from his sadness that he will never be able to grow up, implied in his dialogue, “Ow! You gave me an owie! I just wanted to play with you! I hate grown ups! Why do you always have to be bigger than me!” 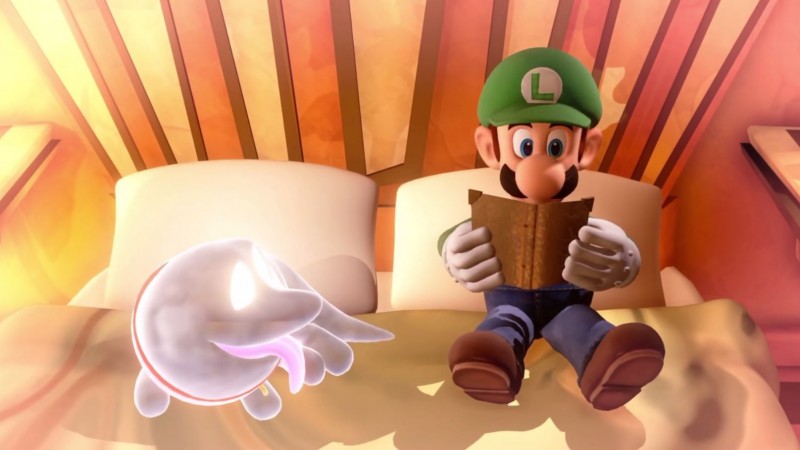 Sure, the mansion is filled with the ghosts of humans, but there are several major ghosts that never really had human form. For starters, Jarvis the antique-jar collector is almost certainly not human. It’s never been proven, but he is just a head sticking out of a jar that doesn’t have a heart show up like the other ghosts when Luigi scans him. Also stalking the mansion grounds is the ghost of Spooky the guard dog, who really just wants to chew on the skeletal ghosts roaming the graveyard. Third, and most curiously, Bogmire is a portrait ghost that is actually just a manifestation of the mansion’s fear and despair. However, according to his bio, he’s experiencing some existential dread. He’s just “not sure who to fear or what to despair these days.”

Also technically inhuman, and introduced in the Luigi’s Mansion 3DS port, Gooigi is actually a collection of liquid byproduct from ghosts Professor E. Gadd befriended. He tried everything to get a reaction out of it, but it wasn’t until he accidentally spilled coffee on it that it turned green and became slime. Further tests caused it to take the form of Luigi, and in order to run tests on the slime’s Luigi form, E. Gadd sent Gooigi back in time to the events of the first Luigi’s Mansion. There, Gooigi gained enough experience catching ghosts that E. Gadd will finally reveal the creation to Luigi in Luigi’s Mansion 3.

The final inhuman ghost is Polterpup, the adorable friendly ghost dog from Luigi’s Mansion: Dark Moon. Polterpup spent most of the game stealing important items from Luigi, but at the end of the day, the poor dog just wanted someone to play with. Luigi adopts the pup at the end of Dark Moon, keeping him as a pet through the events of Luigi’s Mansion 3. 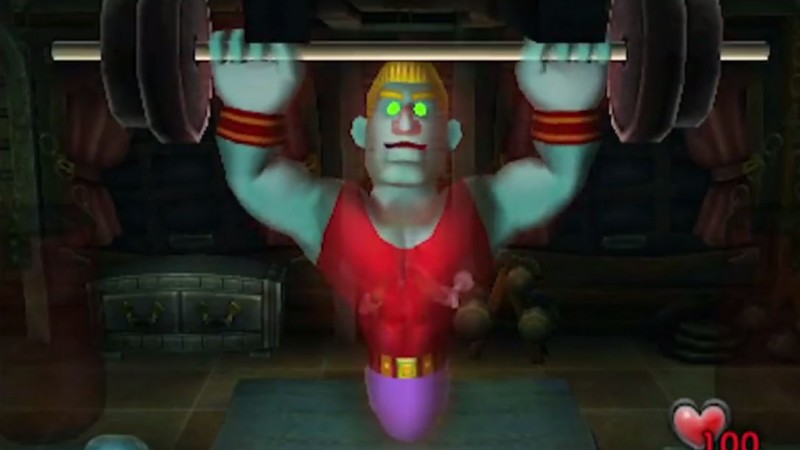 The Performers and Professionals

A number of ghosts in Luigi’s Mansion are artists, honing their craft through the afterlife. The first of these are the Floating Whirlindas (loosely based on the Flying Wallendas), a dancing couple who were once the local waltzing champions until, according to the Game Boy Horror, they weren’t allowed to compete anymore since their feet no longer touch the floor. They are so in love that they are the only boss ghost sucked into the vacuum together. Another performer, Melody Pianissma, is a piano player and an avid lover of video games; this is clear from the quiz she gives Luigi as to which famous Mario song she is playing.

Biff Atlas was a professional bodybuilder who weightlifted himself to death. He’s one of the few ghosts who will leave you alone if you don’t bother him, and, according to his bio, he has a soft spot for lilies. Both Biff and Melody have blonde hair and both died at 26. Perhaps they’re related? Another ex-star was Miss Petunia, the Miss Ghost runner-up from six years ago. She hasn’t done much modeling for a while, as she spends most of her time relaxing in a nice, hot shower. That is, at least, when Nana (the scarf-knitting granny) isn’t dropping ice cubes in the tub like her diary states.

Slim Bankshot is a legend in the world of competitive pool according the Horror. He’s just minding his own business, refining his craft, until Luigi stops in and ruins it all. Slim is an optional boss, and the only reason to stop by his billiards room is to steal all of his hard-earned winnings. Finally, the true artist of the mansion, Vincent Van Gore is capable of creating sentient beings out of his paintings. All the color-coded, cartoony ghosts haunting the mansion came from his paint brush. Though he never managed to sell a painting in his lifetime, he continues to paint long into his afterlife. 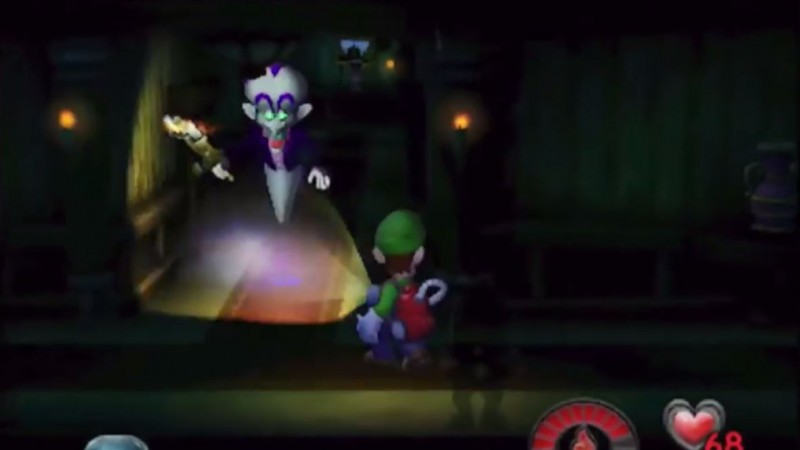 There are a handful of ghosts that keep to themselves, living the afterlife alone. For starters, Uncle Grimmly is a ghost that just isn’t as scary as the other ghosts of the mansion. He spends his free time practicing scary poses in the mirror, trying to be as scary as everyone else. The other ghosts don’t like him very much. Another loner, Sir Weston, dislikes company so much that he froze himself into an ice block. The bio for Weston states that he “hasn’t warmed up to being a ghost,” which – other than the pun – is kind of sad. Nana, the scarf-knitter mentioned earlier, has a short temper, and is left to herself, knitting the world's longest scarf. Though she is referred to as a granny, it is never made clear whose grandmother she is, though it is implied that she is a part of the family of five. Despite the familial connection, she remains isolated, knitting a scarf and shooting needles out of her eyes somehow.

Sue Pea, the seven-year-old dozing girl, doesn’t want to be bothered so as to not interrupt her beauty sleep. She can be found in the guest room, which, for some unexplained reason, is entirely upside down. She sleeps on the ceiling, and I genuinely am confused as to why. Finally, the loneliest of the loners, Shivers the butler eternally roams the hall of the mansion, searching for his master's will and hoping he is included in it. He is also in love with Melody the pianist, who, according to him, clearly does not return his affection. He’s just a lonely old man, wandering a mansion alone, searching for a will he won’t find, in love with a woman who will never love him back. 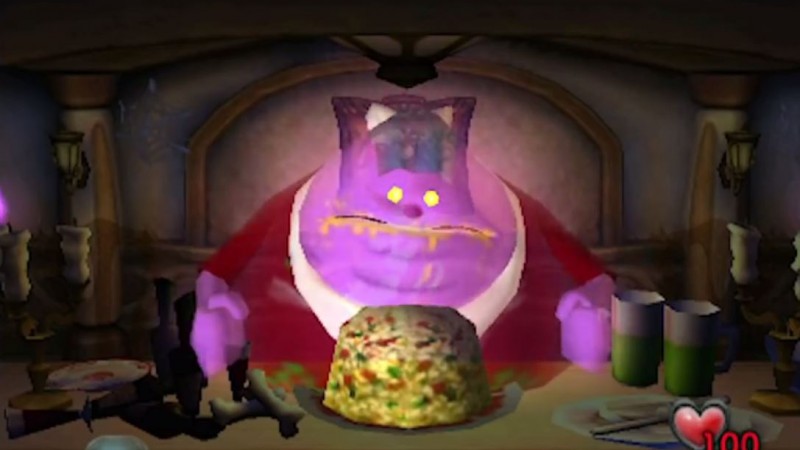 There are two ghosts that don’t fit nicely into any of these categories. Mr. Luggs is a food aficionado who ate himself to death, which doesn’t seem to bother him. The way he sees it, now he can just spend the afterlife eating and eating, and he never has to take a break. He even has waiter ghosts in his employ, bringing him food whenever his plate is empty. Also, he can spit fireballs for some reason. The final ghost is the only ghostly ally Luigi has in the mansion. Madame Clairvoya, the freaky fortune teller, can communicate with the spirit world using her crystal ball. What the difference is between the spirits and ghosts I do not know, but apparently they are not the same; these “spirits” allow Clairvoya to locate Mario and see 49 days into the future, which is an oddly specific number. Once she has seen all of Mario’s objects and helped Luigi, she asks to be returned to her peaceful portrait form. She is the only ghost in the game who gives themselves willingly to Luigi, even though she struggles when it comes to the actual vacuuming part.