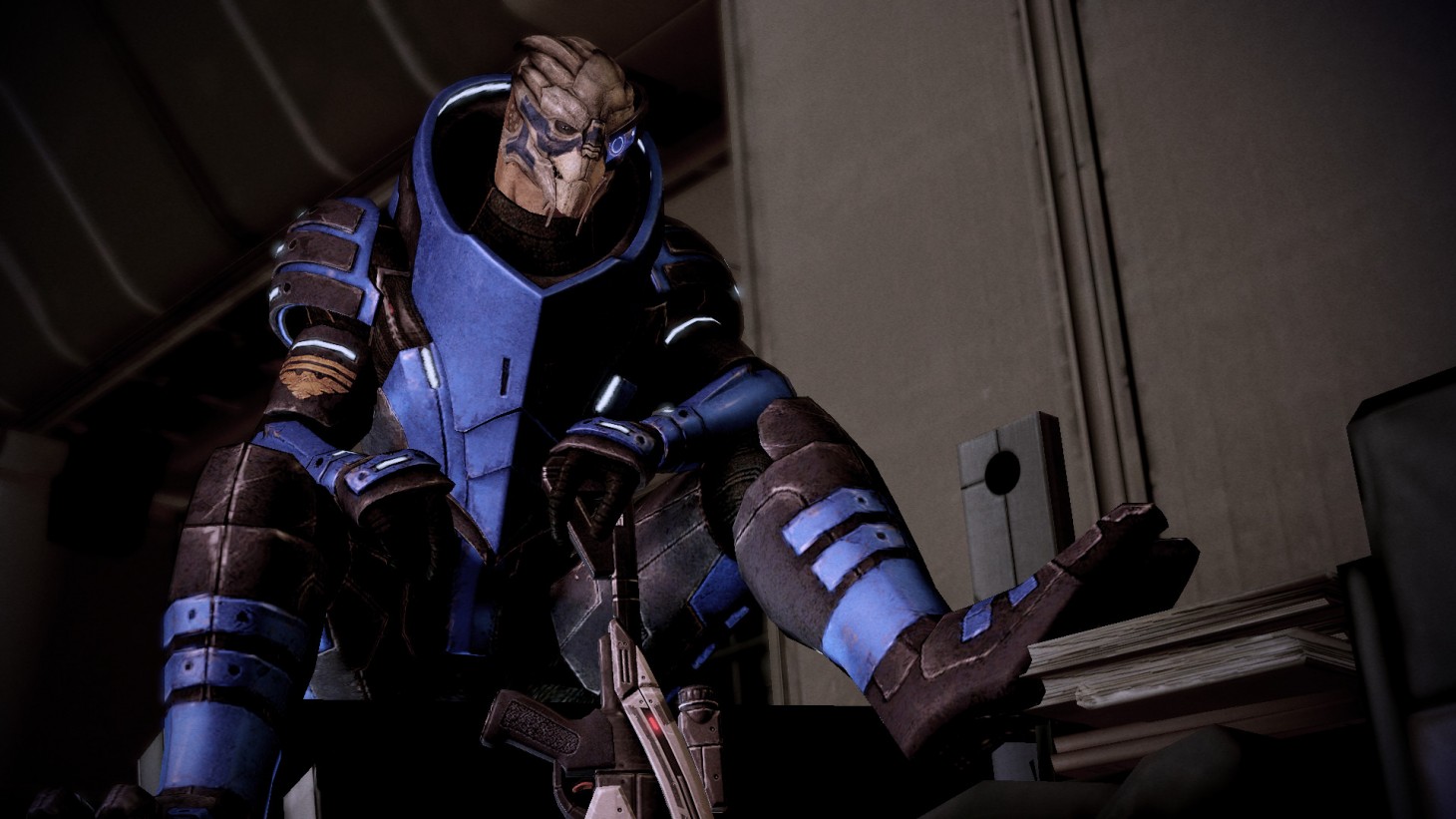 5 Video Game Romances That Made Us Swoon

There has been no shortage of romance in video games over the years, especially when it comes to RPGs. Exploring romantic options can help mix things up and add another layer to the experience. With a love interest, it feels like more is at stake on your journey because you care about someone. Not only does connecting with characters often get you in-game bonuses, but it also makes for a more fulfilling and immersive story. While not every liaison works well within the context of the gameplay, like the possible romance you could have with Benny from Fallout: New Vegas, sometimes you manage to come across a character with whom a dalliance can really energize the adventure. And with the added element of romance, they’re even harder to resist. Here are some video game romances that stuck with us. 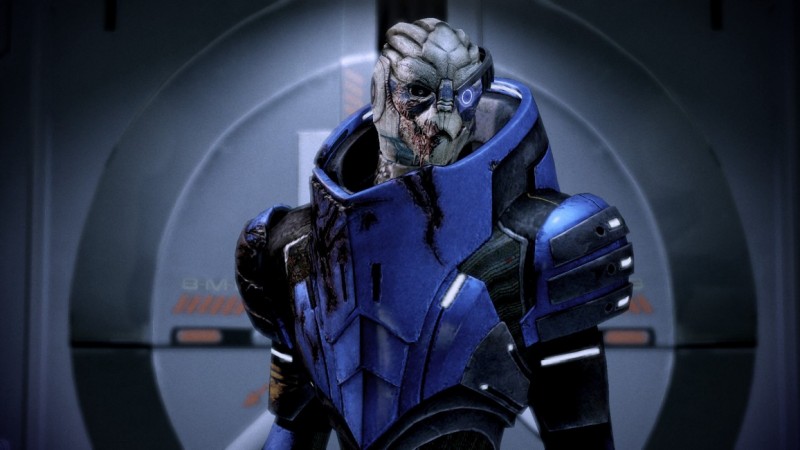 Who is he?
Garrus Vakarian is a staple in the Mass Effect series. The former space-station security investigator is no stranger to bending the rules. Despite his rebellious nature, he is always fighting for what he believes is right. When it comes to justice or his ship calibrations, everything is black and white – there is no middle ground.

Holding onto a past full of hurt and betrayal, he’s cautious before he bestows his trust on just anyone. With Shepard, he’s able to power through obstacles free from the restrictions that once held him back, and now he has someone to watch his back. Trust was always a two-way street with them, and it continues to build throughout the trilogy. No matter which Shepard you choose, male or female, Garrus is a friend first.

Why does it work?
At its core, the romance works because it is based on loyalty. They are there for each other through thick and thin. The added elements of awkward charm make it fun. It’s intriguing to see a character with a renegade attitude become flustered when approached flirtatiously. There are epic moments of teamwork sprinkled with lighthearted acts of love. Garrus is the kind of guy who would take Shepard out to the shooting range as well as teach himself salsa moves so he could take her dancing. These factors not only add to the depth of the relationship, but make it entertaining to watch as well. Plus, he brings Shepard wine. What more could you ask for? 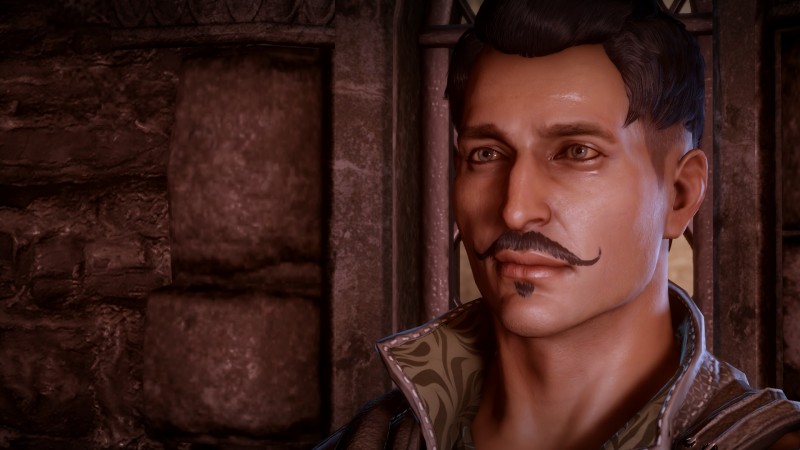 Who is he?
Dorian Pavus is the mage rebel who sets out to fight all that is evil in the world – and looks dashing doing it. Despite excelling in his studies and magical ability, he endured hardships throughout his youth. Being a gay man is not yet accepted in his homeland of Tevinter, and his father desperately tried to change him. This is just the first of many injustices Dorian sees with his homeland. But rather than embarking on a mission to destroy it, he wants to make it right.

Why does it work?
Whether or not you romance Dorian, he is fun to be around. His witty and off-the-cuff remarks give him an appeal that’s hard to resist. His easy conversation is comforting in those precarious moments before battle, which is why most players believe it is a no-brainer to choose Dorian as a member of the Inquisitor’s travel party. Dorian has always managed to keep everyone at arm’s length; he’s a man who didn’t want to care for anyone deeply. Yet when the Inquisitor goes beyond playful flirting and develops a relationship with him, he finds Dorian to be a loyal and devoted partner. 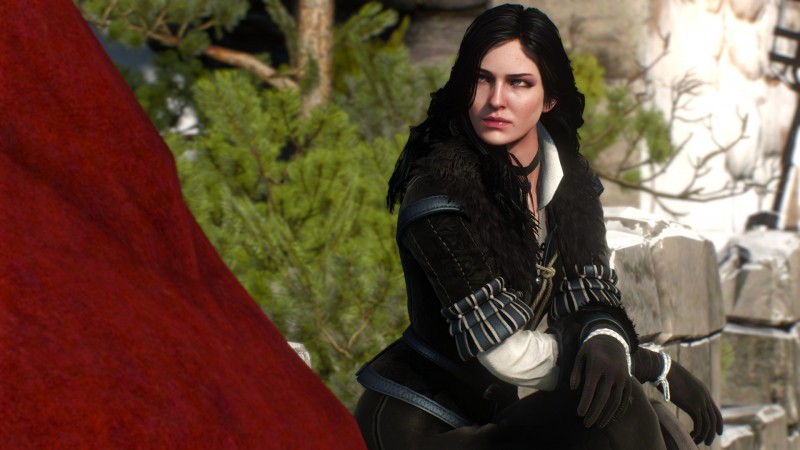 Who is she?
Fans of the Witcher Series aren’t fooled by Yennefer’s beauty. She is nearly a century old. The sorceress went through a painful upbringing. Having been born a hunchback, she was resented by her parents. Her father beat her and ultimately left the family, which prompted her mother to begin beating her as well. With the help of the sorceress Tissaia de Vries and magic, Yennefer grows into the woman players see on their screens. More than anything, she wants to be a mother, and does everything in her power to care for Ciri.

Why does it work?
Geralt and Yennefer have a history. Although their relationship has had its ups and downs over the decades, they still hold each other close in their hearts. What appeals to so many about this relationship, aside from all the sorcery and monsters, is that it feels real. Nothing about their affair is black and white, and like any couple they occasionally have their doubts. For whatever reason, they continue to be drawn to one another. Although their destinies may continually take them down different paths, they manage to find their way back to each other. Geralt has loved plenty of women throughout The Witcher series, but he still loves Yennefer most of all. The only woman who has come close is Triss, but the history between Geralt and Yennefer is tough for anyone to come near. And with Ciri in the picture, they are the perfect parental figure team. 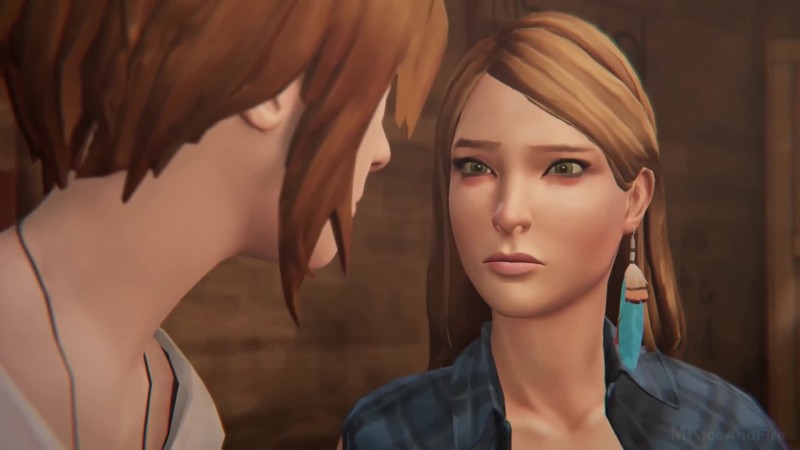 Life is Strange: Before the Storm

Who is she?
In the original Life is Strange, the first we hear of Rachel is that she’s gone missing and that Chloe cares deeply for her. There is intrigue to the character when we hear about how amazing she is, and yet she’s still an enigma. We gradually learn who she is through the mystery of her disappearance until we discover her tragic fate. Then players get the chance to finally meet her in Before the Storm. At first glance, Rachel has the perfect life. She’s beautiful, popular, and talented, with rich and loving parents. But the facade crumbles when the truth about her childhood and family emerges.

Why does it work?
As teenagers, life is both exhilarating and confusing. This period of self-discovery can be especially challenging with the added pressure of trying to climb the high-school social ladder. Yet popularity contests aren’t a priority when Rachel and Chloe are together. The start of their relationship couldn’t be more chaotic. Normally accustomed to having her way, Rachel is now experiencing neglect and beginning to pick up some destructive habits such as ditching school, stealing, and even igniting wildfires. Chloe is a wild child and happy to join in on the carnage until it becomes apparent that it is time for both of them to grow up. Players have the option to romance Rachel as Chloe and make their bond even more intense. This route feels genuine, especially with how nervous Chloe would get talking to her. Chloe’s inner monologues such as “come on, play it cool” illustrate these nerves in a realistic light, but she still sometimes fumbles over her words. All of these elements are true to teens experiencing a first love. Like so many who have the luxury of basking in their romance without the burden of long-term responsibilities, their love tends to burn hot and quickly. 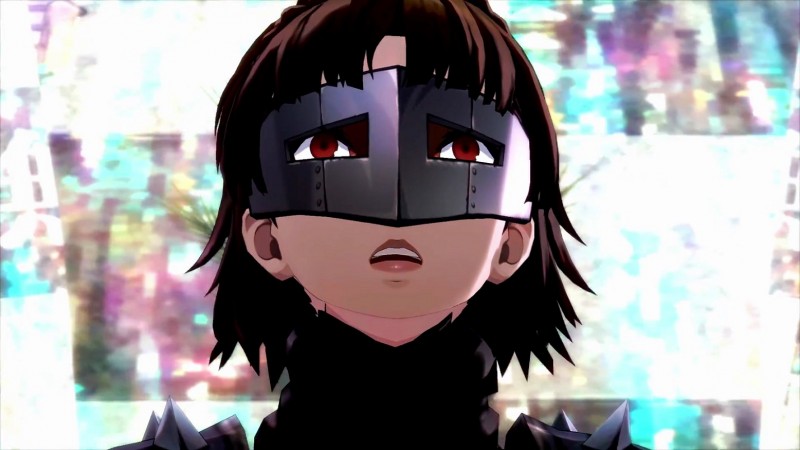 Who is she?
Initially, Makoto is meek and compliant. As the student-council president, she toes the line and keeps to herself to make sure she receives a letter of recommendation for a prestigious school she wants to attend. Due to her aloofness, other students tend to keep their distance. Though she sees injustice around her, she is afraid to speak out against it. Once her Persona is awakened, she comes into her own and begins to stand up for what she believes in rather than submitting to the whims of others.

Why does it work?
Ren Amamiya, the protagonist in Persona, is defined by the players so it’s important that the journey he goes through with NPCs feels genuine and rewarding. This is why romancing Makoto feels natural to many players. Her extended mission allows a sense of mutual trust and reliance to develop between him and Makoto as he helps to awaken her Persona so she can use her strengths to her advantage. Makoto starts off as an uptight, standoffish character, so it’s satisfying to watch her loosen up and come out of her shell. Romance is a new experience for her, but she’s willing to give it a shot for the man who has helped her through this journey.

At times it can be tough to make a romance option feel natural, but these entries are a few examples of where it feels effortless. In the end, it is up to the player's preference. For more on the romantic side of Game Informer, check out Kimberly Wallace's feature on portraying romance in video games and learn why gaming is great for long distance relationships.