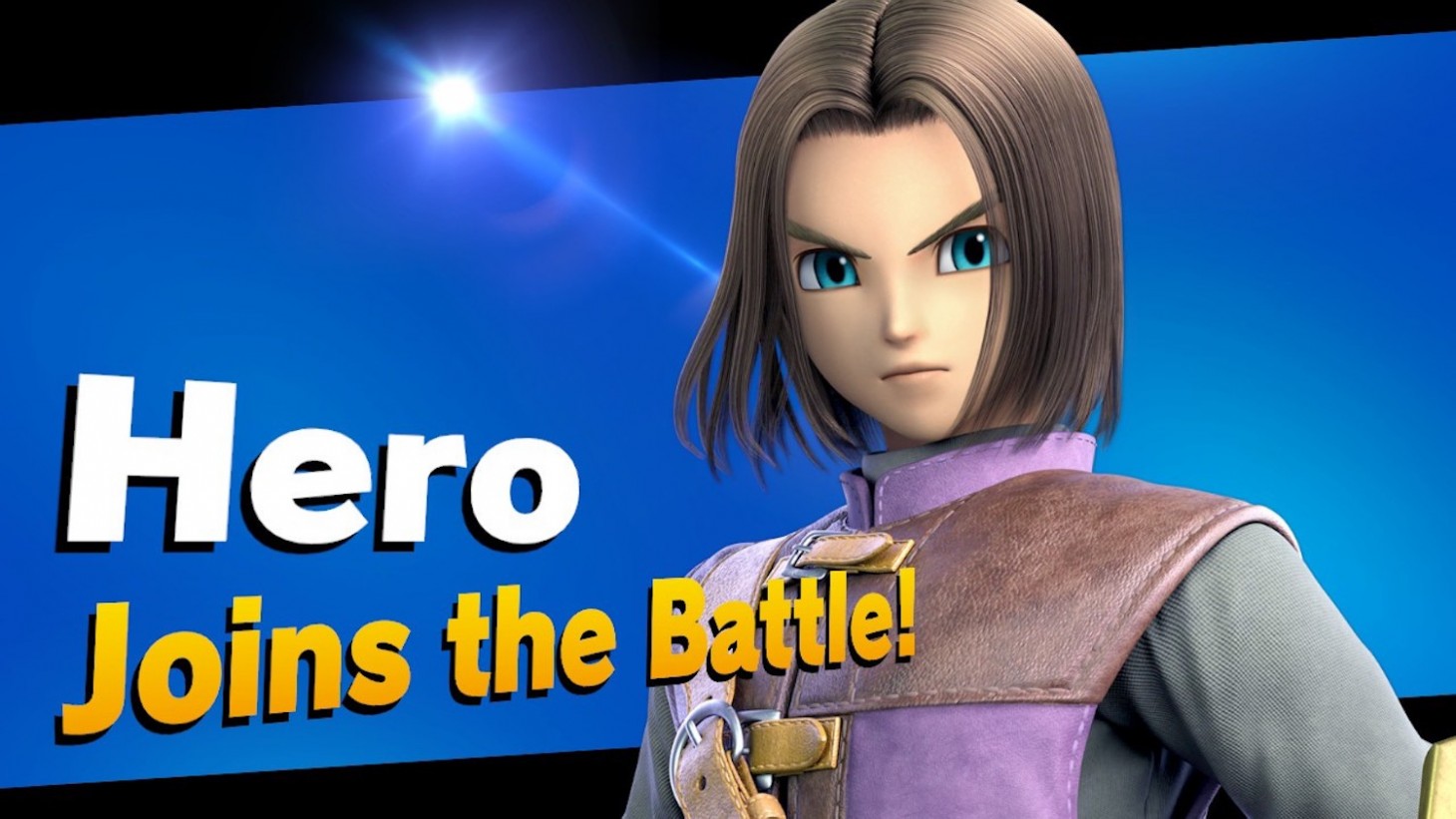 7 Fighting Game Characters That Break The Mold (And How)

Ah, fighting games. For many, many years, these games have pit two (or more) players against each other, along with their knowledge of matchups, counter-picks, combos, and spacing. Games like these are contingent on balance between the characters and their gameplay relationships to other fighters; however, sometimes fighting game characters can have unique mechanics that shake up the whole state of the game. Here are a few of those characters and how they changed up the traditional gameplay of their respective series.

Smash Bros. has always been about bringing together characters from all kinds of games and having a blast, you know, fighting each other. Some of the games represented in Smash are RPGs, and turn-based RPGs at that. Translating that kind of gameplay to a real-time fighting game sounds hard, but Smash has already done it with characters from Pokémon, Fire Emblem, Persona, and even Final Fantasy. These characters have always fit well in the massive Smash roster. However, last month, Dragon Quest (another turn-based RPG) got some Smash representation, and the translation was nothing like that of other RPG characters already in the game.

The Dragon Quest Hero – who we will call Hero for brevity – is probably the most faithful translation of an RPG character into a fighting game, but that means he’s complicated and arguably imbalanced. In RPGs (like Fire Emblem, Pokémon, and Dragon Quest) your attacks have a random chance of dealing extra damage – a critical hit. Hero is the only character in Smash who can now do that, and those hits deal a lot of damage. This kind of random chance in a fighting game isn’t necessarily new, given Mr. Game & Watch’s randomized hammer attack, but on this kind of scale mixed with Hero’s other abilities, it makes critical hits incredibly powerful.

Hero is one of the only characters in Smash (other than Robin and maybe Inkling) that has to manage his spells, but has many, many spells of different abilities to make up for it. Hero has the ability to heal, recover from virtually anywhere, freeze you, put you to sleep, instantly kill you, activate a temporary counter, be the fastest character, and more. These spells can be chosen in a drop-down menu, which is unique to Hero. These elements of the character are incredibly faithful to the actual Dragon Quest games but don’t necessarily play well with the other characters who are more straightforward but less subject to the whims of random chance and mana points.

In one of the most bizarre roster additions in recent memory, Phoenix Wright fought for the Capcom side of Marvel and Capcom’s third fighting game outing. Phoenix has, for the most part, standard moves for a 2D fighting game. He can throw paperwork, summon his partner Maya to jump at enemies, hit opponents with a giant text box, and even sneeze. Though the attacks are odd, their gameplay ramifications are normal.

Where things get weird with Phoenix are in his three different modes: investigation, courtroom, and turnabout. These modes manifest in different moves Phoenix has access to; investigation mode has a limited offense and strong defense, as it’s used when Phoenix is searching for the three pieces of evidence. This evidence (represented as random props) can be scooped up throughout the match, and if all the collected evidence is legitimate, Phoenix can enter courtroom and turnabout mode, switching the game to a pseudo-court case in which the evidence is presented against Phoenix’s opponent, resulting in an instant K.O. Who would have guessed that, given the right evidence, Phoenix Wright can beat the Hulk?

The Persona fighting game, much like the Dragon Quest Hero in Smash Ultimate, is exclusively made up of characters from turn-based RPGs. They all have the same type of mana management that Hero uses, and they all have neutral attacks that don’t deplete it and specials that do. What sets Junpei apart from the rest of the Persona-using crowd, however, is his affinity for baseball. Junpei, in the world of Persona, was a member of the baseball team in high school, and after graduating, went on to coach little-league baseball. So, in order to utilize that love, developer Arc System Works built an entire gameplay system around baseball just for Junpei.

The “Run” system functions similarly to the rules of baseball. Every time Junpei makes contact with his opponent or a projectile using his signature weapon – a baseball bat – he is awarded one base; four bases, and Junpei is awarded a run. Score 10 runs, and Junpei uses his Victory Cry, which allows Junpei to get Clean Hits on his opponent, boosting his attack or adding hit stun. However, Junpei can also get strikes by missing a baseball bat attack, or outs by taking damage or being thrown. Strikes and outs accumulate to remove the bases Junpei has earned. If it sounds complicated, that’s because it is, and it’s all because of Junpei’s love of baseball. Fortunately, you don’t really have to know how it works if you just play casually. You can get runs and victory cries without having any idea how the system works. Button-mashing at its finest!

Geras is a new character in Mortal Kombat 11, a loyal servant to the big bad Kronika, and the Keeper of Time. As the keeper of the sands of time, Geras has many abilities, including teleportation, freezing opponents, and creating sand duplicates of himself to battle for him. Most importantly, however, is the way that Geras can genuinely mess with the time of the game. As the Keeper of Time, he should be able to bend time in order to win, right? Well, with the equippable abilities Lost Time and Spare Time, Geras can actually manipulate the in-game round timer, removing or adding 30 seconds once a match. This can either get him closer to a fatality by default or give him extra time to recover lost ground. Another equippable ability of his, Reverse Time, rewinds time and returns Geras to a previous position replenishing any health he lost. Time manipulation on this scale is wholly unique to Geras and provides a new way to approach winning. All you have to do is get your opponent’s health lower than yours, reduce the time in the round, and play defensively until you win by default.

Yoda is not the only Star Wars character to be included in a Soulcalibur game; both Darth Vader and Starkiller from the Force Unleashed are also in Soulcalibur IV, and all three wield a lightsaber and the force. What differentiates Yoda from the Sith characters and all other characters in Soulcalibur’s roster is his size. Yoda is a very small creature, and it’s obvious in the gameplay. Due to the stature of the Jedi Master, Yoda is the only character that cannot be grabbed – all attempts to grab him go right over his head. Though many of his attacks involve jumps and flips that bring him to proper attack level, high attacks will still miss him if he is simply standing on the ground.  In balancing a fighting game, size is something that – especially after Yoda – needs to be considered.

Characters that use the moves of other characters aren’t new to the fighting game genre. As far back as 1992, with Shang Tsung in Mortal Kombat, there have been characters that turn their opponents’ power back on them. One of these characters is Double, a shapeshifting monster in Reverge Labs’ 2D fighter, Skullgirls. There are 16 characters currently in the playable Skullgirls roster, and Double, throughout her full moveset, transforms into seven of them, using their moves and abilities in place of her own. In her Blockbuster attack Nightmare Legion, she uses the attacks of 14 different characters, about half of which are NPCs. What makes this character extra-interesting is that all the moves Double steals from other characters are actual moves that were used by the characters at one point or another but may not have made it into the final game. In other words, Double uses other characters’ moves that even they don’t have anymore. Her moveset only has five attacks total that don’t involve a transformation, so her fighting style is taken almost entirely from her competitors. That said, given the moves that she stole during development, she still feels unique.

Hokkyoku Tsubame is the definition of “bringing a gun to a knife fight.” The Bushido Blade series was a one-on-one, close-quarters fighting game with a unique body-damage system and relatively small roster. However, there was a character that effectively broke the game, a hidden fighter that had to be unlocked in order to play as him. After beating Slash Mode in 15 minutes or less, players can unlock Hokkyoku Tsubame, the assassin who – instead of using bladed weapons like every other fighter on the roster – uses a gun. I should mention that this gun will kill you with one shot. Sure, his opponent can dodge the bullets, but all Tsubame has to do is run away and shoot again. The game even has Blade in the title! I’m starting to wonder if Tsubame was in the wrong game.

It can be difficult to innovate with a specific character in a competitive genre. These characters show the ups and downs of being unique, faithfully adapted, and pitted against iconic fighting characters. Each can be fun to play in their own way, as well as infuriating to play against. Such is the way of the fighting game.

For more on fighting games, check out our rundown of Banjo and Kazooie coming to Smash, or our list of the top 30 fighting games of all time.