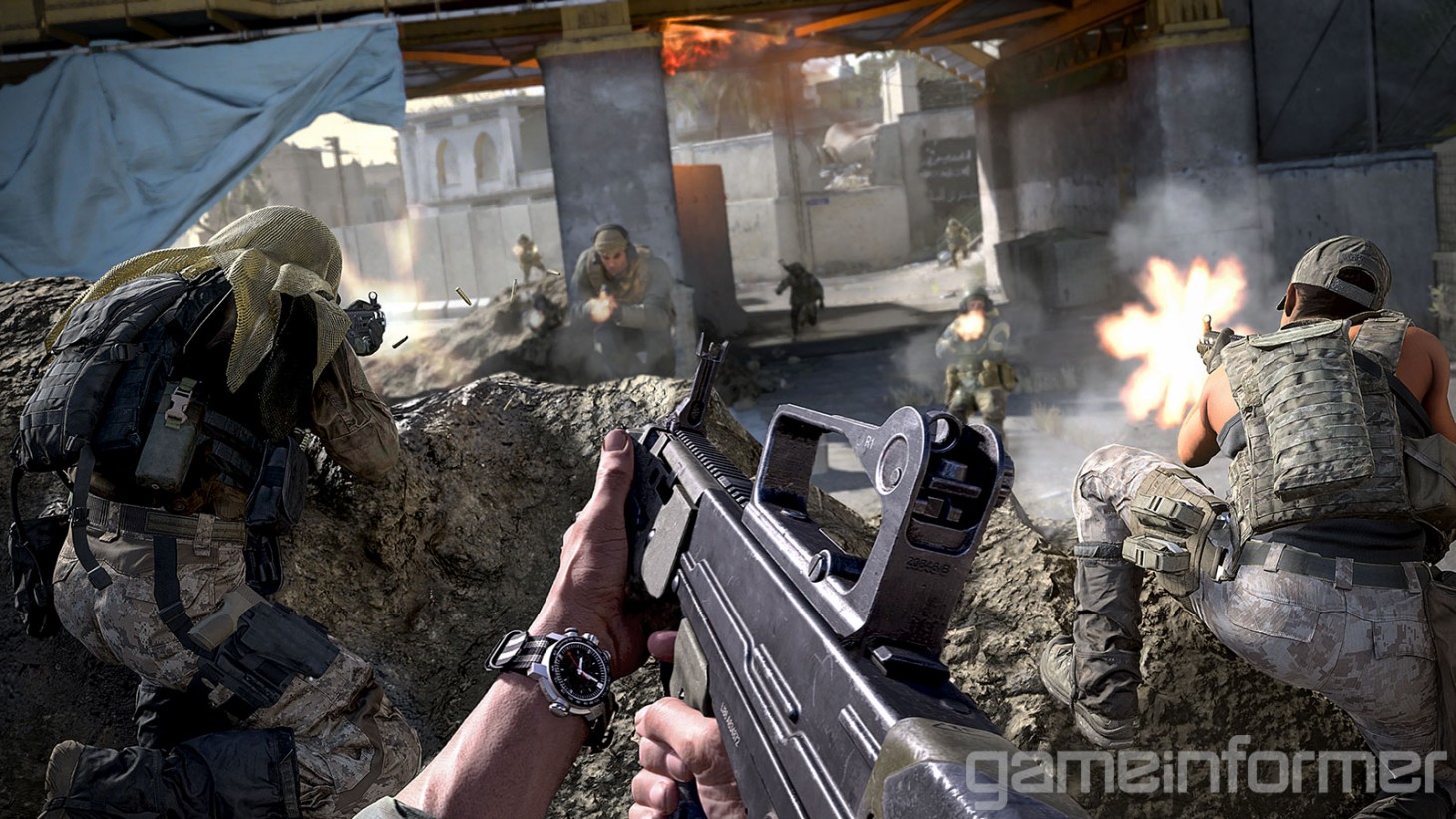 Last week, we revealed our September 2019 cover story as Infinity Ward’s reimagining of its flagship subseries: Call of Duty: Modern Warfare. While we’ll have exclusive interviews and impressions throughout the month, we wanted to lead with the most important detail: You can equip your character with a digital pet that is known as a Tamagunchi.

This oddball idea was born from art director Joel Emslie’s passion for watches. “We put in a watch pretty early on; one of our coders got really excited about it and over a weekend synced up a dev kit to have the actual time on the watch, so it actually tells the real time from your kit,” multiplayer design director Geoff Smith says.

Once they saw a working wristwatch (shown above) was possible, they began brainstorming what else was possible. They started with things like stat tracking and functionality you might find in a modern smartwatch or fitness tracker. “Then that just kind of kept growing into more and more madness.” Smith says.

Eventually, the team decided to implement a digital pet, inspired by the Tamagotchi craze of the ‘90s, which you can choose to equip to your character in multiplayer and the co-op Spec Ops mode. Think of the Tamagunchi as a pet you need to feed and care for, but instead of food, you nurture it with kills. Go on a wild killstreak? It’ll chirp with delight as you rack up the points. Hit a dry spell? It’ll get angry and demand you do better. 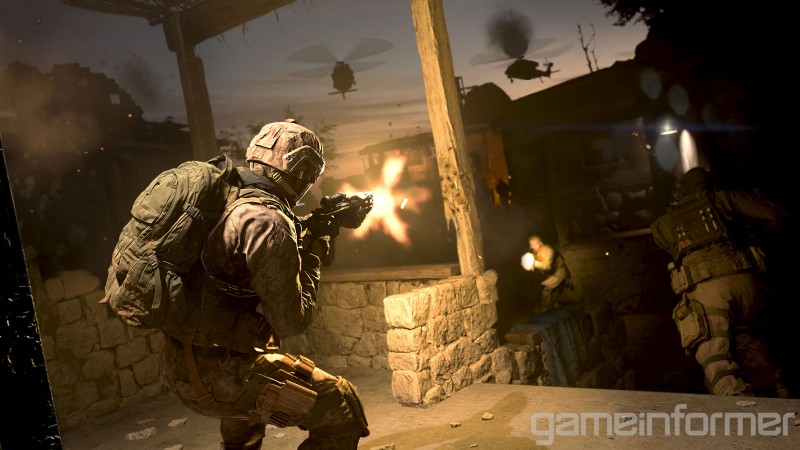 “This little thing on your wrist, every time you get a string of kills, it goes, ‘Ya-ta!’ and it makes a little noise, then you look at it, and it evolved out of an egg,” Emslie says. “Tamagunchis are fed by the player’s performance in multiplayer. It’s just this little active wristwatch thing.”

The Tamagunchi evolves from an egg and reacts to your performance. It doesn’t poop (yet), but it does need to be cared for, or else it’ll face a grim fate. “If you don’t take care of your Tamagunchi, it will rot and die,” Emslie says.

Obviously, if you don’t want to equip a Tamagunchi to your character, you don’t have to. However, for those seeking a little bit of levity and zaniness amidst a shooter that promises to explore heavy subjects in single-player and feature intense firefights across every mode, the Tamagunchi might be just the thing you’re looking for when Call of Duty: Modern Warfare hits PS4, Xbox One, and PC on October 25.

Click on the banner below to reach our hub for Call of Duty: Modern Warfare. We'll be adding content all month examining how Infinity Ward is breathing new life into the longstanding series, with articles, interviews, videos, and more.