Devotion Developers Say No Plans To Re-Release The Game Soon 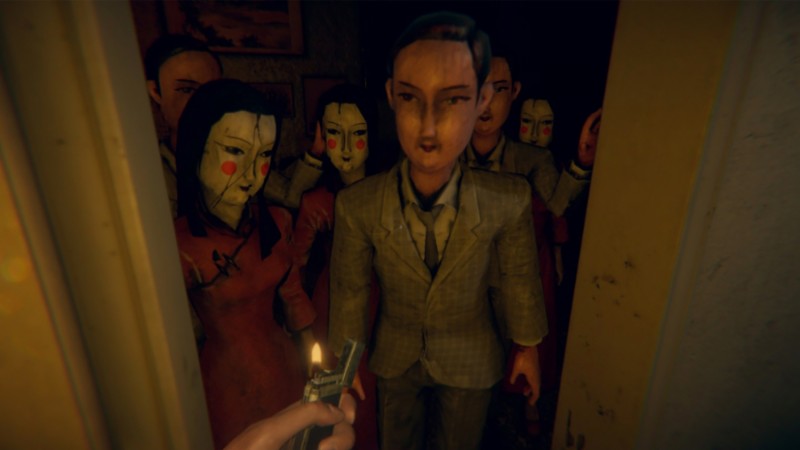 A frontrunner for one of 2019's strangest (and saddest) stories is the saga of Devotion. A first-person psychological horror game from Taiwan, Devotion gained a lot of anticipation and praise for its quality approach to creating an immersive, scary experience. However, shortly after its release, players discovered a Winnie The Pooh meme within the game that poked fun at Chinese president Xi Jinping. Shortly after, the game was delisted from Steam, and to make matters worse, developer Red Candle Games lost its business license in China.

Since the delisting, Red Candle Games has remained silent on whether the game would be coming back to Steam and what the future of the company looked like. Today, the company released a statement about Devotion's future. For those who were hoping for a speedy return for this scarefest, the news is not rosy. After a few passages offering an apology for the meme incident, Red Candle explicitly says that the company's co-founders have "reached a unanimous decision to not re-release Devotion in the near term."

The door isn't shut completely though. Red Candle goes on to say, "If in the future, the public is willing to view the game rationally and allow us an opportunity to rebuild trust with our players, Red Candle would consider re-releasing Devotion."

You can read the statement in full right here:

Greetings, we are Red Candle Games from Taiwan. To all of our players, industry and media friends, we would like to provide an update on ‘Devotion’. pic.twitter.com/wfGTUbHtHx

It's unfortunate that such a promising game has basically been made nonexistent in any marketable way because of political tensions and censorship over a dig.
On
On
Off
Off