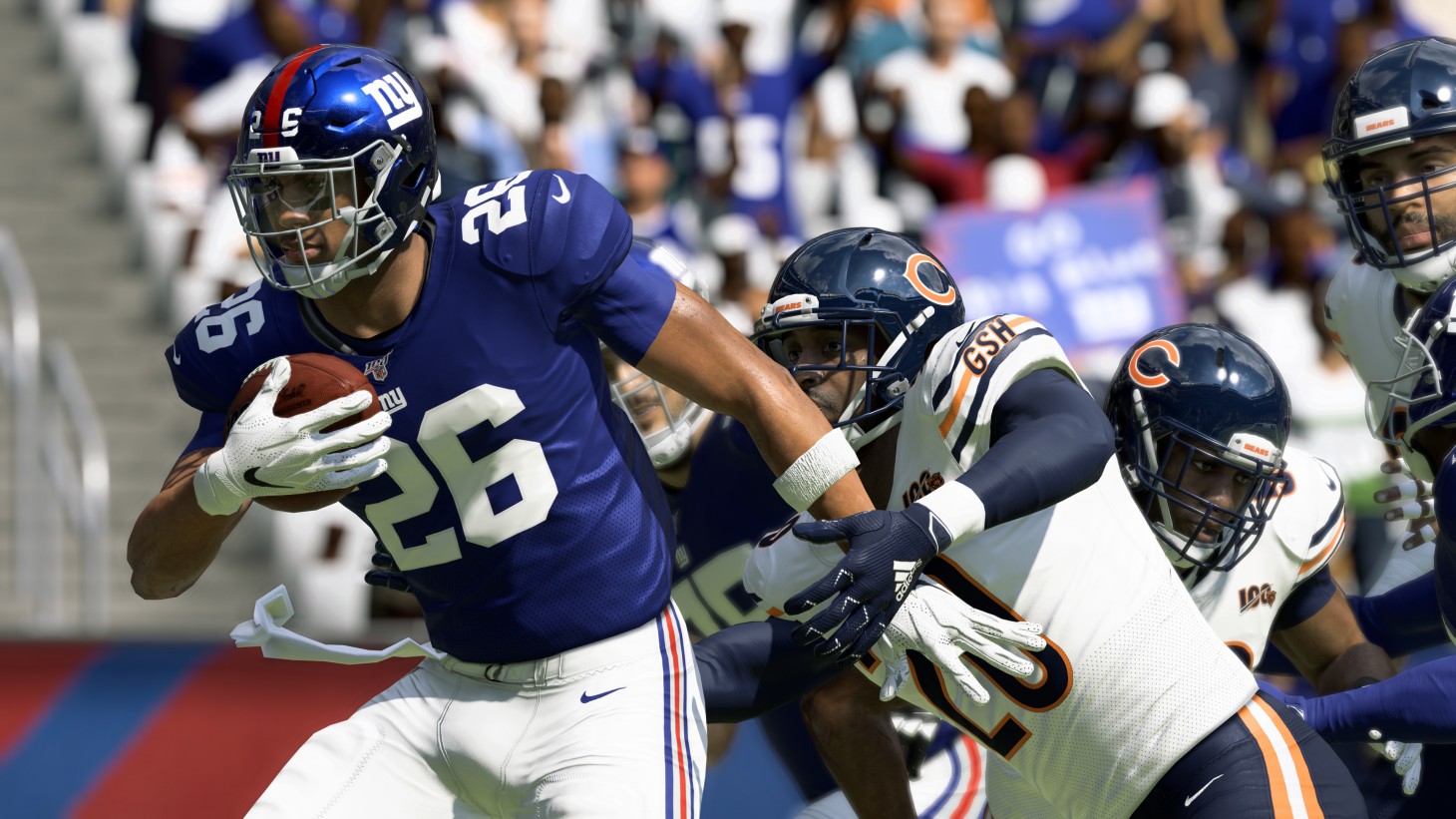 The thing that all Madden fans want to know about Madden 20 is whether it not it feels better than last year: It does. I played four games at the EA Play pre-E3 event, and the word that comes to mind is "smoother." What does that mean, exactly? That's hard to say specifically without spending more time with the game, but it seems like players have a little more weight to their movements and the transitions between some of the animations are better. Perhaps kinks in the RPM motion tech have been worked out. Whatever the changes, they're subtle but they're there.

Now, that doesn't mean that there won't be bugs – I'm sure there will be. That also doesn't mean that the gameplay problems from previous years are all fixed. In my relatively short time with the title, I saw instances where catching and defending animations got jumbled up and passes weren't caught for inexplicable reasons. Gameplay is what we're going to experience most when the title comes out, so I can only hope more progress is made on this front before release.

The other big topic for Madden 20 are the Superstar and X-Factor abilities. Obviously these will have to be correctly balanced in the final game, but honestly, it was hard to tell much about them in the time I had with the game. The X-Factors only trigger after you meet the criteria like completing a certain amount of passes, and I didn't come into any situations where it felt like someone was getting a huge boost – which could be a good sign that at least they're not completely taking over the game at this point.

Nevertheless, much more time is needed with the game to see what bears out, so I'm looking forward to reviewing the game as the August 2nd release date nears.

Here are some other random tidbits I gleaned in my hands-on time with the game (on both competitive and simulation gameplay settings and pro and all-pro difficulty):

After playing the game, what am I most excited about? Even though I don't have a full impression of them yet, it's probably the Superstar/X-Factor abilities and the scenario engine. The abilities in particular could do a great job of bringing out the best of what the NFL has to offer and enabling some satisfying, dramatic games that payoff through being able to utilize and execute with the best players on your roster. Or they could be an unbalanced mess that developer EA Tiburon has to chase their tail on after launch.

Like a lot of what I experienced today, there's potential for things to go either way at this point.