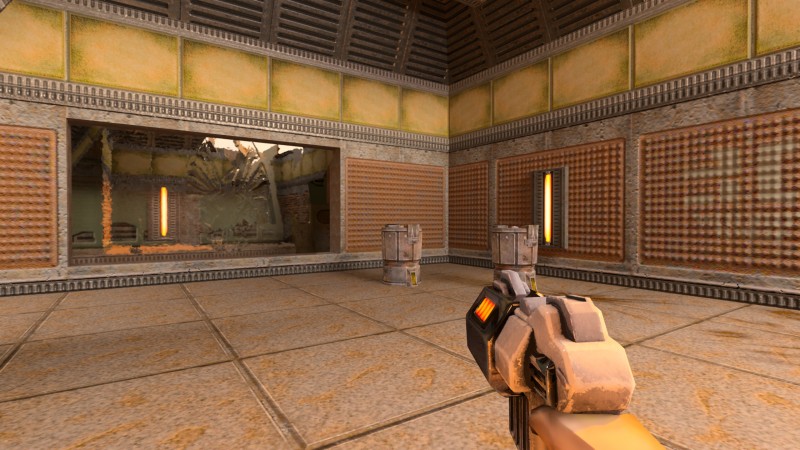 Although it can look a bit jarring to see the 1997 polygons and enemy models running in a modern lighting engine, the result is undeniably impressive. Light shines beautifully through glass and water, or off the sheen of your gun.

Nvidia will release the first three levels of Quake II RTX for free on June 6, at 6 a.m. PT. The game will be available on both Windows and Linux, and owners of the original Quake II can get the entire makeover for free, including the multiplayer mode. Nvidia is also posting the source code to GitHub, allowing users to modify the update or add it to Quake II mods of their own.