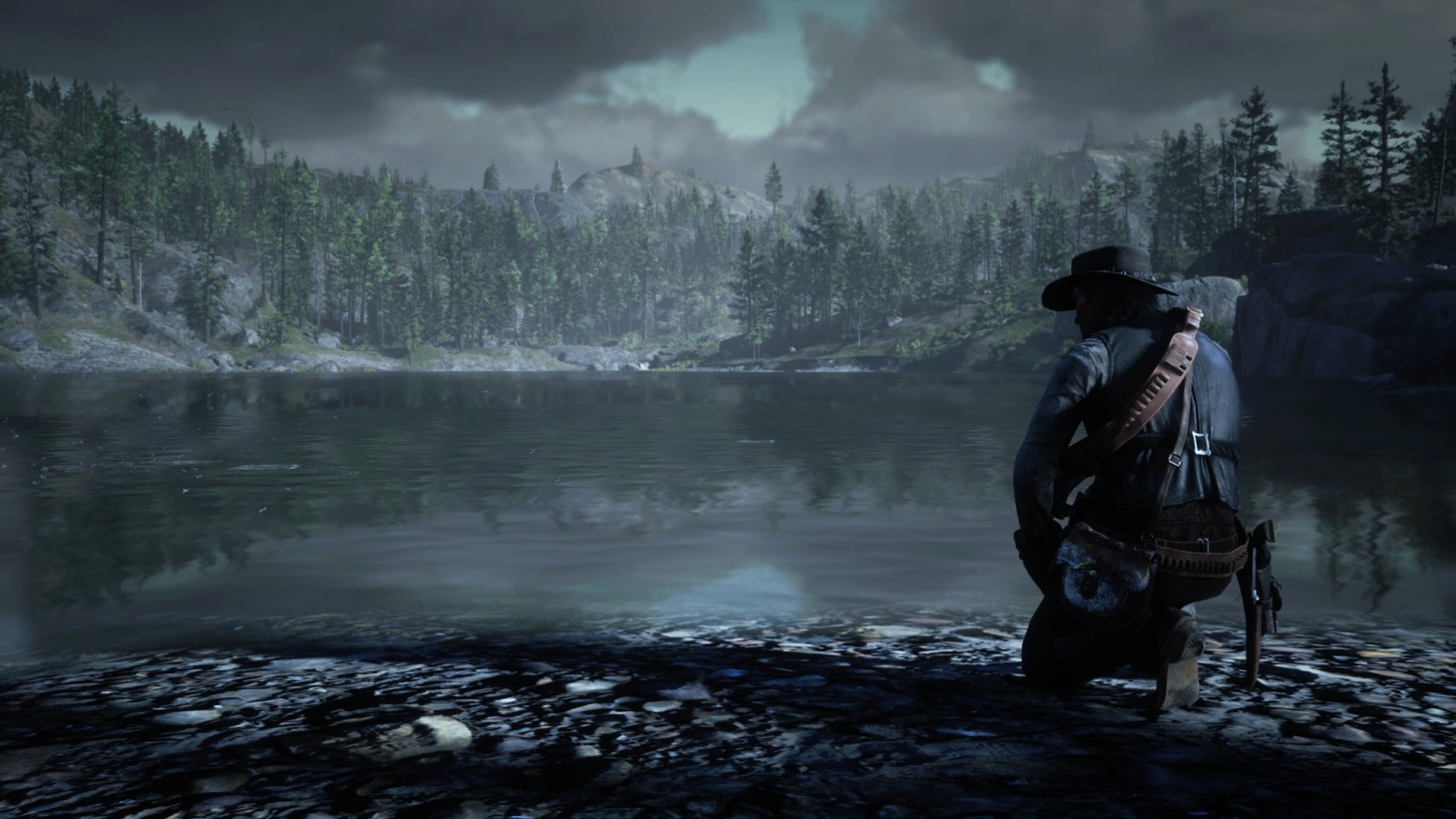 Have you ever been distraught after completing an incredible video game? The lights dim and tiny letters start to slowly creep down your screen to the tune of climactic wind instruments. The main story is over, there’s nothing left to do, and you’re feeling an emptiness you haven’t felt since the last game you beat. If only there was more to do and see alongside your beloved cast of main characters! Well brighten up, because we present five titles (new and old) that provide extensive content long after the credits roll!

This list is spoiler-heavy, so peruse it at your own risk.

Look, Dutch’s grand “plan” – the one that involves becoming happily drunk ranchers in Tahiti – never happens. Eerily sanguine sunsets, swelling, yet, melancholic folk music, and, the emptiness of the Van der Linde camp indicate one thing: Red Dead Redemption 2’s end is approaching. Or is it?

On horseback, you gallop through the rugged passes of Beaver Hollow to learn Arthur Morgan’s tragic fate. The situation is bleak (or hopeful, depending on your honor meter), and the story seems all but finished. But when the game fades in from black, you are an older and wiser John Marston, searching for a safe dwelling to plant roots, years after the gang disbands. As John, you can re-explore the American frontier, run into old friends in unexpected places, meet new VIPs to complete their “stranger” missions, and explore the vast desert south of Blackwater. If that’s not enough to satiate your desire for a lengthy endgame, then you’ll be happy to hear about the extra 21 missions split between two Epilogue chapters.

You’ve roamed verdant prairies and noxious chasms, vanquishing feral wildlife for high-quality gear and consumables. The final boss, Xeno’jiiva, is dead, and the continent’s ecosystem stabilizes. You return to the village of Astera and its celebratory denizens after a lengthy credits sequence. Festivities, however, are short-lived.

The Handler posts a new mission: subdue two Bazelgueses. You find them soaring aimlessly above the half-lit canyons of Wildspire Waste. And without hesitation, both monsters crash into you like falling bomber planes. Their menacing roars fill the landscape, even after your body is carted away.

The post-campaign of Monster Hunter: World is not for the fainthearted. “Tempered” beasts – incredibly strong versions of creatures previously hunted – await. What’s more, you can confront Tempered Elder Dragons, which provide some of the game’s most punishing combat experiences. Of course, high-risk encounters come with equally tantalizing rewards: jewels and streamstones, rare items used to substantially bolster abilities or equipment. Additionally, material drops are randomized, so you’ll likely need to challenge these fearsome foes more than once in order to complete your favorite weapon and armor sets.

These various struggles culminate during the final optional side quest, “The Sapphire Star’s Guidance,” which is only accessible once you’ve reached Hunter Rank (HR) 100. To put this into context, the game’s story missions end around HR 15, so you’ll be busy with tons of fun hunts and loot.

Do you love games with multiple endings? Ending “A” of Nier: Automata occurs after finishing its story for the first time. Of the 26 possible finales (most of which are comedic events triggered by specific choices or actions), B through E are all experienced after multiple campaign playthroughs. If you’re a dedicated completionist, you’ll want to fully optimize the capabilities of every weapon in the game as this unlocks an ending as well. Easy, right?

If that’s too overwhelming for you, don’t worry – just fight your way to ending C and unlock the chapter-select menu. With this, you can hop into any moment during the story to finish missed or neglected side quests. Or, if you’re a masochist, take on the game’s ultimate combat challenge: Emil. This is a two-part boss fight that spans multiple locations. 70 is the recommended level, so you’ll have to spend a lot of time grinding to even stand a chance at prevailing. But, hey, at least you’ll have access to ending Y if you actually defeat him.

After hours of fueling a levitating ship to navigate the greater Mario universe, you gain access to interstellar travel and shoot for the stars. You throw open those tall cathedral doors and crash Bowser’s lame wedding. The day is won, and the illustrious Princess Peach has been freed. But the odyssey is far from over.

Now that Bowser’s menacing grip has been forcibly removed, the colorful cast you’ve encountered along the way merrily roam their homelands. While most of them spout meaningless voice lines, some citizens offer you quests that were previously unattainable. You’ll soon discover that Princess Peach has decided to embark on an epic voyage of her own. Seek her out in each world to slightly increase your power moon count.

Speaking of the elusive relics: if you weren’t already tired of procuring moons, then I’m sorry to inform you that large, out of place, gray cubes can be ruptured to release even more. And although The Mushroom Kingdom is now explorable, other levels are unveiled once certain collectible thresholds are met. For your tireless efforts, “The Dark Side of the Moon” and its “Darker” counterpart are unlocked and offer substantially difficult objectives. Much of the challenge resides in completing these areas without dying or using checkpoints, so keep your wits about you!

New cosmetics and outfits round out a lengthy post-game experience. So, for those of you who haven’t experienced Mario’s latest journey: rejoice, there is much to do!

Inspired by New Bark Town’s uplifting slogan, you ride “the winds of a new beginning” with your Pokémon friends, besting the eight gym leaders and wayward trainers of the forested Johto Region. After defeating the famed Elite Four, you and your party are etched into the annals of the Hall of Fame. The screen fades out, credits roll, and then…the second arc in your mission to catch ‘em all finally kicks off!

Professor Elm gifts his S.S. Ticket to you, and suddenly the world’s horizons are broadened. The Kanto Region and its respective challenges are merely a ship ride away. With a Pokedex-load of region-specific pocket monsters (including a chance to catch your very own Pikachu!), extra story-based conflicts with Team Rocket, and a conclusively epic battle against your oldest rival, Gold and Silver stand atop Game Freak’s iconic franchise with some of the most extensive gameplay to date.

For a highly relatable deep-dive into why post-campaigns are awesome and necessary, read Joe Juba’s The Joy Of Post-Game Content.