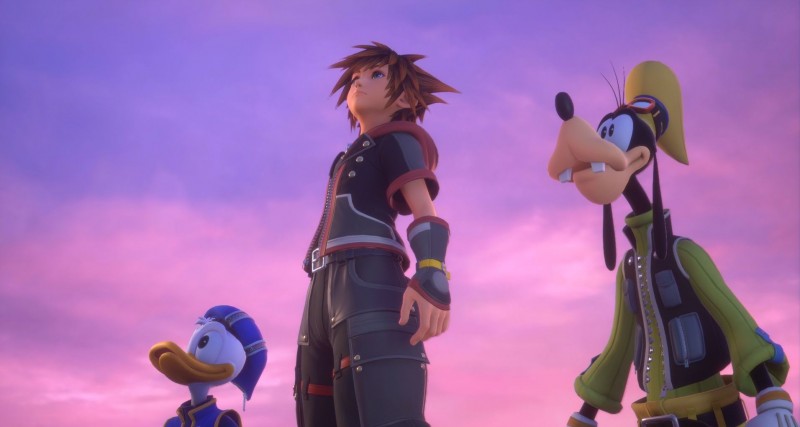 Kingdom Hearts III has been out for over a month and fans all over have gotten a chance to take journeys through all the major Disney worlds the game has to offer, at least before any DLC gets revealed. While the series branched out to Pixar with the third game, fans have been wondering whether Sora and friends will ever branch out to other Disney properties like Marvel or Star Wars. Director Tetsuya Nomura is game, but it's not that easy.

In an interview in the Ultimania book for Kingdom Hearts III, a Square Enix staple that is usually the final word on internally developed games, Nomura was asked about the possibility of Marvel and Star Wars in future games. The translation is courtesy of KH13, which put up Nomura's interview from the Ultimania book.

"That's right," the director said acknowledging that Lucasfilm and Marvel are now Disney properties. "However, in order to change those [properties] into a game, contracts must be made with each company separately, and there are cases where other game companies already have contracts, so although the Disney Group has indeed added those [properties], incorporating them into KH isn't so simple. That's also the reason Mickey is in only one scene in KH1. At the same time, another company was releasing a game that had to do with Mickey, so though we were denied his usage, we persisted and eventually got "as long as you only have one scene, from far away, as a silhouette, with him waving his hand or something". Since we had to make the best of the biggest [and only] chance we had, that's why that scene appears that way."

It's a lengthy answer that essentially comes down to "A lot of people have to sign off and they all have their own agendas." Nomura's answer about how Mickey Mouse could only be in one scene even after an intense negotiation is both enlightening and no doubt frustrating. It is a wonder that these games get made at all. But it does seem like Nomura would be happy to do it, if they could figure out a way to get it done. Elsewhere in the interview he described that, to even get Pixar to agree to a Toy Story world, he had to write the entire plot of the world before the game was even written.

Hopefully all the parties can get it together, because I desperately want to see Spider-Man drag Donald Duck. If you've finished KH3 and want to hear the Game Informer staff talk about it, we recently put up a Spoiled discussion just for you.