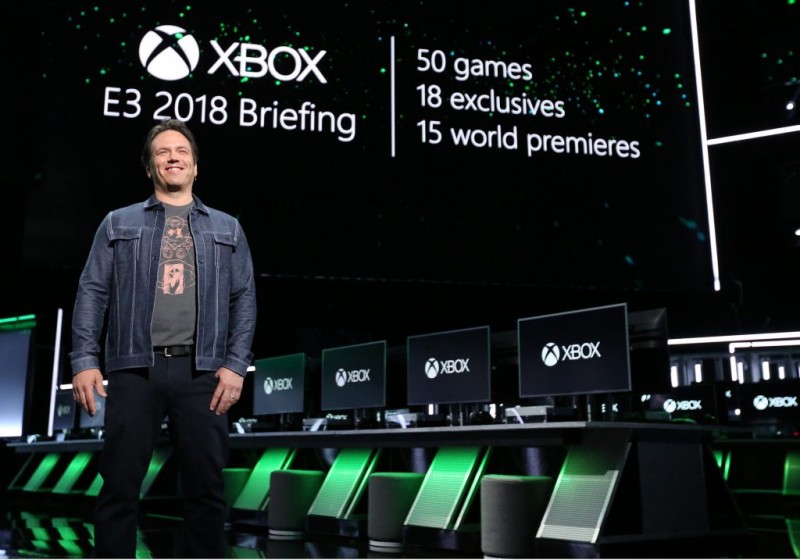 With discussions going back and forth on whether E3 still makes sense as a show, Microsoft, the one major platform holder still seemingly holding a physical press conference at the event, is still hoping to make a big splash at the annual expo this year. According to reports from different outlets, Scarlet might get detailed with multiple options in just a few short months.

French outlet JeuxVideo, commonly thought of as one of the best-connected video game outlets in Europe, released a report this morning saying that Microsoft's Scarlet console which was announced last year is actually two consoles, as indicated by Thurrott last year. Codenamed Lockheart and Anaconda, one version would be primarily digital at an entry-level price, while the other would be similar to the Xbox One X in pricing but act as a traditional local console.

JeuxVideo indicates that Fall 2020 is the presumed launch for these systems, but a disc-less Xbox One will be coming in a few months, again originally rumored by outlet Thurrott.

Thurott themselves also seemed to back up this rumor, releasing a report today saying Microsoft will unveil these two consoles at E3 this year. Halo Infinite is expected to be the shining star of software for the new systems, launching alongside them with, as Thurrott reports, RPG elements and player decisions to help shake up the Halo formula.

In terms of other software, JeuxVideo believes that Ninja Theory's first game under Microsoft's banner is aiming for a 2020 release, as well. The outlet also suggests that both Anaconda and Lockheart will have SSDs as standard.

If true, combined with recent rumors of Microsoft teaming up with Nintendo on some upcoming collaborative efforts, it looks like Xbox is going in to E3 trumpeting a new generation as loudly as they can.