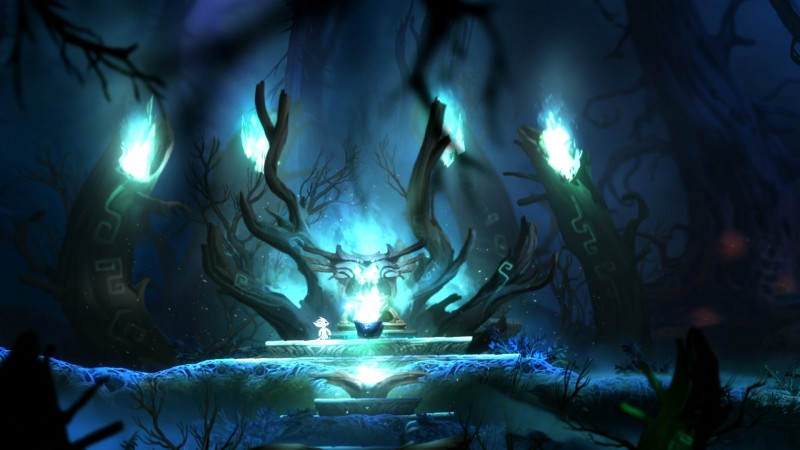 According to a report from outlet Direct Feed Games, an outlet that has a strong track record for rumors especially centering around Nintendo, Microsoft and Nintendo are about to get together in a big way in the near future. Not only will some Microsoft games find their way to the Switch, but it looks like the entire Game Pass library might arrive via the magic of streaming.

The report states that Microsoft is looking into publishing some of their own catalog to the Switch in the form of actual ports. This is in no way strange for Microsoft, who has dabbled in things like lending out Rare for games on Nintendo systems and developing and publishing games on Nintendo consoles such as Minecraft. Microsoft-owned developers like Ninja Theory and Obsidian are still self-publishing their games on the Switch and other systems, as well.

The game specifically mentioned by Direct Feed is Ori and the Blind Forest, a crown jewel in Microsoft's lower key publishing initiatives.

Additionally, the report goes on to say that Microsoft will be leveraging their announced Project xCloud streaming service to bring Xbox One games to the Switch. While the Switch can't natively play, as a hypothetical example Gears 5, it could stream it over the internet. This will be done through Game Pass, which allows players to subscribe to a service to access a Netflix-style library of games.

In talking with our own sources, it has been suggested that the announcement of Game Pass on Switch could come as soon as this year.

This isn't surprising, as Microsoft has been eager to expand Game Pass out as far as they can, announcing plans to revamp it for PC. Project xCloud is a means to an end to get people who don't own Xbox products to spend money on Xbox services, making the Switch a perfect vector for it. For Nintendo, it means games that are unfeasible on the console due to hardware limitations can come to the Switch in some form and provides an added value for them.

This particular avenue is also not new to Nintendo, which has been experimenting with using cloud streaming as a way to play technologically demanding games for a few months now in Japan. Games like Resident Evil 7 and Assassin's Creed Odyssey have Switch ports in Japan, streaming a special version from a local server. Game Pass on the Switch would be no different.

We speculated on the possibilities of what a Microsoft and Nintendo friendship could mean in a recent opinion piece which you can read right here.

Game Pass aside, what games would you want Microsoft to publish on the Switch? Would you want them to reach back into their catalog for games like Conker? Maybe something more modern like Cuphead or Ori's sequel? Or could the two finally come to an agreement on a Goldeneye remaster? Let us know below in the comments.