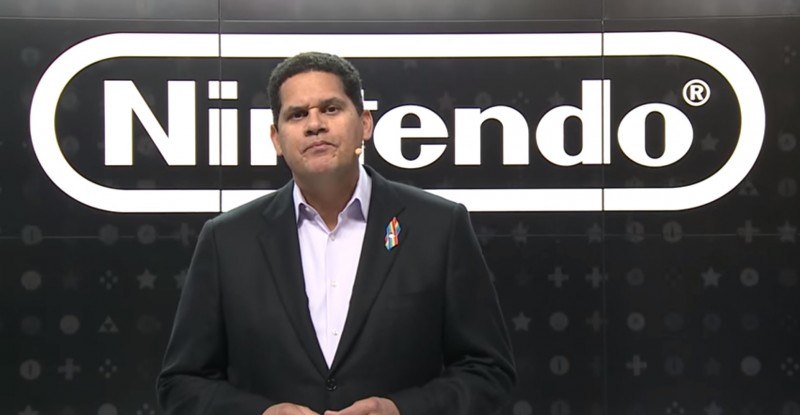 With the recent announcement that Nintendo's corporate darling, Reggie Fils-Aimé, is stepping down this April, Twitter is full of people from around the video game industry thanking him for his time in the spotlight. It speaks to his impact that people from all around games are feeling affected by this changing of the guard.

You can watch Reggie's heartfelt farewell below and see a collection of thoughts and well-wishes for the man who has guided Nintendo of America through the revolution that was the Wii, learned something from the mistakes of the Wii U, and can now leave with his head held high after the success of the Switch.

Reggie, thanks for all the games and your leadership in our industry. We are a better and brighter place for your wisdom and efforts. With appreciation and best wishes from all your friends @PlayStation

Thanks for everything, Reggie!

Thank YOU, Reggie, for everything. ♥

The answer is both. There’s no more names and no more asses so it’s time to move on. Thank you Reggie, we’ll miss you. Everyone except this guy: pic.twitter.com/d37CjFPz9K

Thank you for everything, Reggie!
You'll be missed! pic.twitter.com/I2544mLjIc

We will miss you, Reggie. Thank you for all of your hard work and dedication at Nintendo! pic.twitter.com/Vs7x3QPXRE

With your family, your friends, and enjoying your retirement.

Thank you for the memories, Reggie. pic.twitter.com/5cte1yhbbc