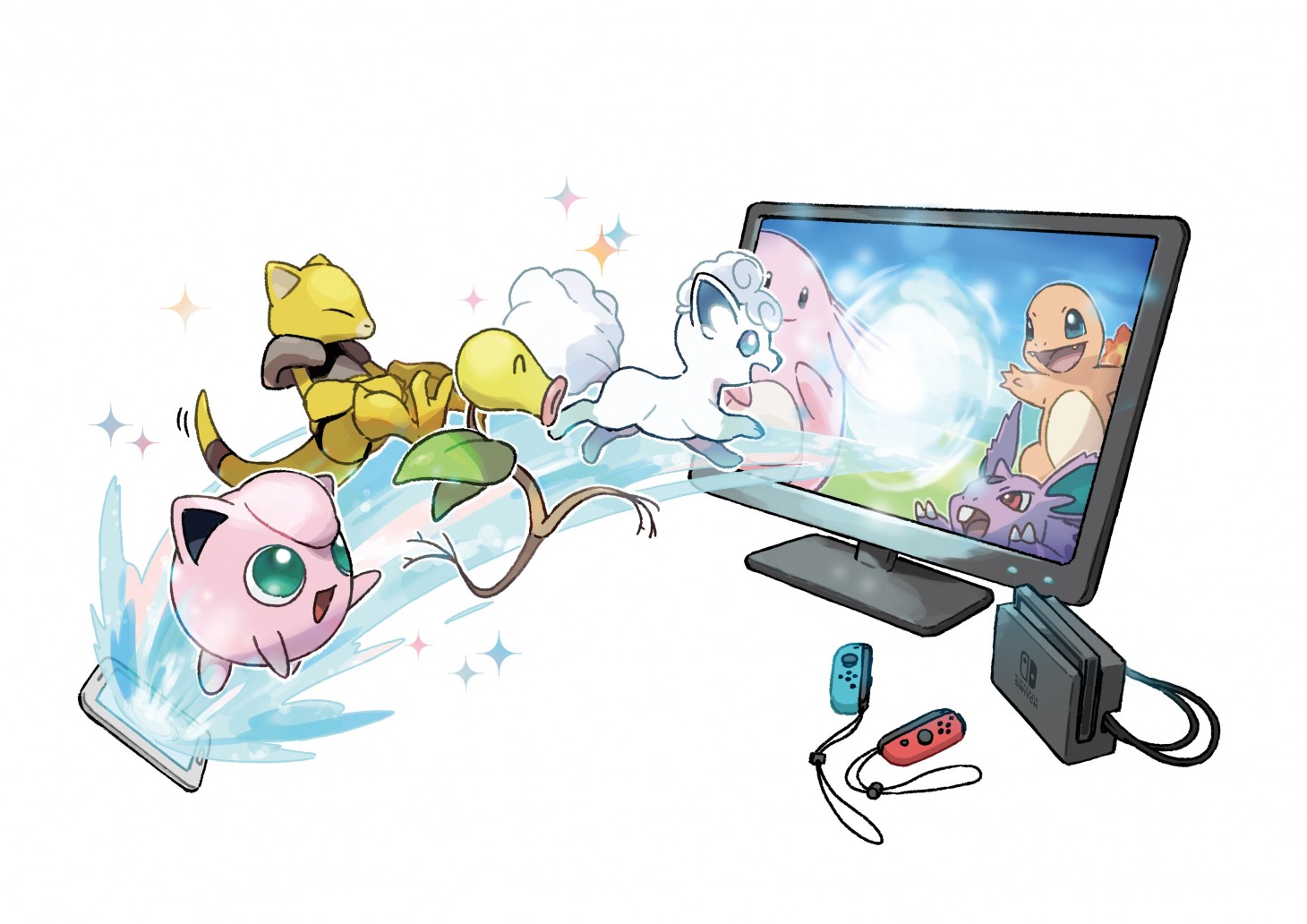 What We Want From Pokémon On Switch

With Pokémon: Let’s Go, Eevee and Let’s Go, Pikachu out in the wild now, it’s time to look ahead at what to expect and – more importantly – what we want from the next proper Pokémon game on Switch. Several of Pokémon’s core features were wiped out or altered for the airier Let’s Go games, and while that fit the tone of those games, for the mainline series’ first foray onto a home console, we’d like to see something more substantial. Here is what we would like to see change for the upcoming eighth generation:

Tired: Random battles
One of the more drastic changes in Let’s Go was ditching random encounters in favor of having the monsters physically spawn on the map. This meant you could choose to engage with them or not, so you could finally make it through Mt. Moon without being swarmed by Zubats. While this is a great change that we think should be maintained, we’d love to see Pokémon branch out and offer a greater variety of ways to initiate an encounter. 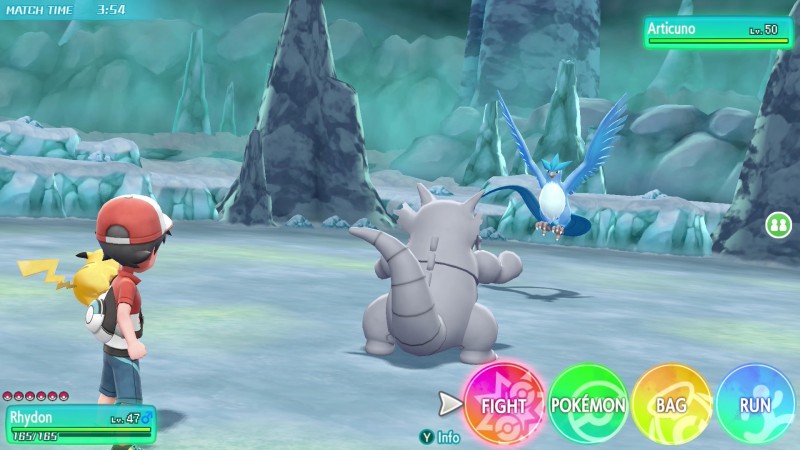 Desired: More creativity
Some of the best examples of this were in Pokémon Diamond and Pearl. Players often had to use every element of the Nintendo DS to find the adorable critters. The series has always utilized outside sources, such as trading, to evolve Pokémon, but the generation four games allowed players to insert older Pokémon games into the DS’s Game Boy Advance slot to improve encounter rates for Pokémon specific to those games. It was a wild feature that went almost completely unnoticed, and Nintendo eventually did away with that port in later iterations of the DS.

We would like to see more adventurous ways of using your Switch. Perhaps Game Freak could use the HD Rumble in the Joy-Cons, the touchscreen in handheld mode, or let you transfer Pokémon by storing them inside Amiibos. The Switch is a versatile machine, and we’d like to see Pokémon make you work to catch ‘em all.

Tweak the Challenge
Beyond making use of the Switch’s different physical features, we hope that battles with the more dangerous and mythical monsters involve greater forethought and planning. Stumbling onto a legendary Pokémon while exploring a cave is thrilling, but those battles often come down to simply needing a huge stock of Pokéballs.

Let’s Go Hunting
Pokémon could do well to learn from the Monster Hunter series. Those fights require a keen understanding of what you’ll be coming up against and demand that you adequately prepare for a tough encounter. If you stumble into an encounter in Monster Hunter without the proper armor or materials, you’ll be at a clear disadvantage. While we aren’t asking Pokémon to adopt the full-fledged 3D combat of Monster Hunter, we would like to see some smart and radical changes to the existing mechanics. Incorporating some light combat options outside of battle would go a long way to expanding the tools at the player’s disposal. Using traps on the field or taking advantage of the environment in some way could be an exciting twist. After 20 years of catching Pokémon, the standard routine has gotten a little stale.

Have Every Pokémon be Obtainable

Have Every Pokémon be Obtainable

Pair Up and Pare Down
Since the series’ inception, Pokémon games have always come in pairs. This meant Pokémon Blue players had exclusive access to Scyther and Red owners, Pinsir, and this encouraged trading between versions. So while we’re asking for every Pokémon to be obtainable in the game, it doesn’t mean that they should do away with that feature. Having two versions of the games has always felt exploitative, but it continues to be a useful way to foster a community around the games by forcing players to interact in order to fill their pockets with as many monsters as possible. At the very least, we would like to see some way to allow us to transfer our Pokémon from previous generations. It doesn’t seem unreasonable to suggest that the Pokémon Bank could expand its functionality to the Switch. 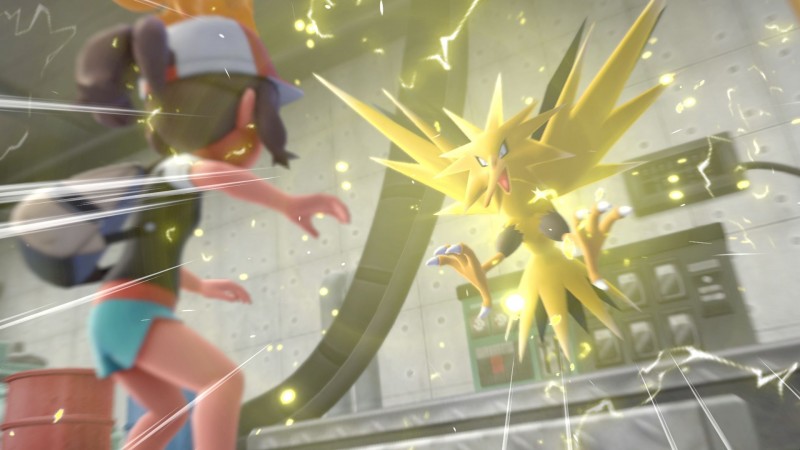 Legendary Chores
Instead, we want each and every Pokémon to be obtainable between the two versions. It’s fine to make you go outside of the game to earn your catch, but simply adding them to your Pokédex with a download code never quite scratches the same itch. Ultra rare Pokémon date back to the original games’ Mew, but considering how often this practice is done now, we just feel like we’re running errands.

Pokémon Ruby and Sapphire featured plenty of legendaries to catch, but they made you solve lengthy riddles and truly prove that you understood the game to even find some of them. The next Pokémon games will most likely push the total number of Pokémon over 900, and it would surely be a monumental task to put every critter in the game, but it would be nice if they were all obtainable between the two games for any trainers who are willing to track them down.

A Brave New World
Pokémon’s second-generation games were important for the franchise as they not only added a slew of new Pokémon and gyms, but they brought fans two years into the future and let them explore the entire region from the first generation as well. This meant that after eight gym badges and the Elite Four, players could go take on familiar faces and see what changed in the intervening years. It lent the world a fun continuity on top of its existing, deep well of content.

More Choice is a Good Thing
While we would love to see the game go for broke and allow you to visit all of the previous locales, if we’re being more practical, we’d like to see the game become more open-ended. A popular fan game based on Pokémon Crystal, called Pokémon Crystal Clear, took the core game and tweaked the layout enough to allow you to go to any of the game’s cities from the start. You were no longer held back by a lack of abilities to reach certain areas and could take on the game’s 16 gym leaders in any order. To accommodate this, enemies’ levels scaled to match the number of gym badges you have. So if you fought who would traditionally be the final gym leader first, their Pokémon are relatively frail, whereas the “first” gym leader might have an all new, powerful team if you fought them later on.

Change Up the Starters

Change Up the Starters

Meet Your New Best Friend
Another exciting change made in Crystal Clear was the ability to choose more than the standard three starting Pokémon. In each game to date, players choose between a fire-, grass-, or water-type Pokémon. This serves as a simple introduction to Pokémon’s rock, paper, scissors-style combat system. Which starter Pokémon players choose is often an important moment for new players. 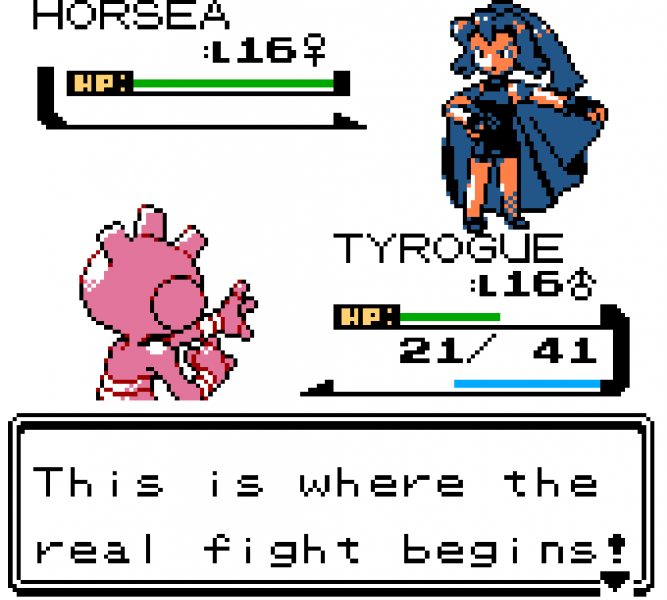 Choose Wisely
Crystal Clear gives players access to not only the traditional starters, but also a whole host of other Pokémon that could spice up repeat playthroughs. While this exact idea would be compelling in the Switch version, we would at least like to see them shake things up and vary the types of Pokémon choose from at the start. We’ve chosen between the same three types in each game when there are other sets of types you could use to exemplify this concept to new players while also giving returning players something fresh. We would love to see a dark-, fighting-, and psychic-type batch of starter Pokémon for example.

Tone Down the Story

Tone Down the Story

Keep it simple
The world-ending drama and lengthy cutscenes of more recent entries are fine, but this new entry would be well-served to focus the story more on the central characters personal journey rather than the exploits of some maniacal villain. Maybe you foil some nefarious plot, but making the issues as cataclysmic as they have been only needlessly complicates things.

What's Old is New Again
Reining in the story would not only enhance the appeal of the core gameplay to a younger generation, but would help to bring in those of us who have been put off by the games’ Saturday-morning-cartoon vibe.

It’s Been Too Long
If Nintendo won’t make an actual sequel to Pokémon Snap, the on-rails Pokémon game that tasked players with taking the best photographs of Pokémon, then they should incorporate its mechanics into the main series. We would like this new game to essentially serve, in part, as the successor to Pokémon Snap. Previous games have let you take photos at designated spots – Sun and Moon went as far as rating your pictures. But being tasked with capturing Pokémon on film in addition to in Pokéballs would help us relive the halcyon days of being heavily critiqued by famed photographer, Professor Oak. 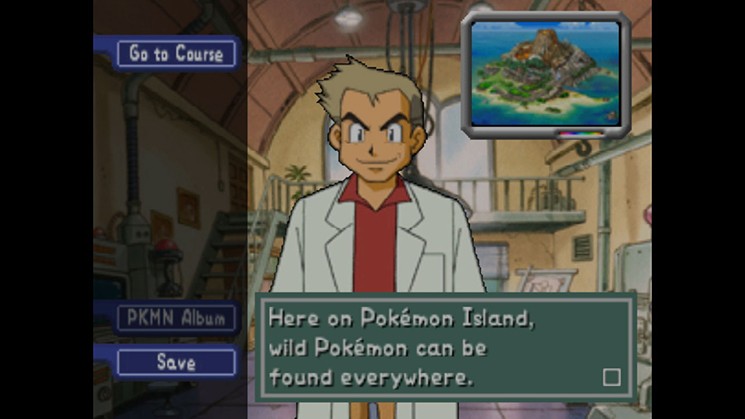 Wonderful!
What made Pokémon Snap so special when it released on Nintendo 64, was that it made players feel like they were discovering these wild creatures themselves. It lent the world of Pokémon a magic that can often get drowned out with the sheer quantity of creatures to find now. By giving players the objective to photograph Pokémon, it allows us to really get to know each of them.

We’ve offered our suggestions, but there are countless other changes that could help deliver a unique Pokémon experience. Did we miss anything? Let us know in the comments what you’d like to see when Pokémon hits the Switch, hopefully this year.

While you wait, check out what some of your favorite Pokémon almost looked like in some early design documents and then you can head here to see Game Freak’s Giga Wrecker Alt, which is coming to console’s sometime in 2019.