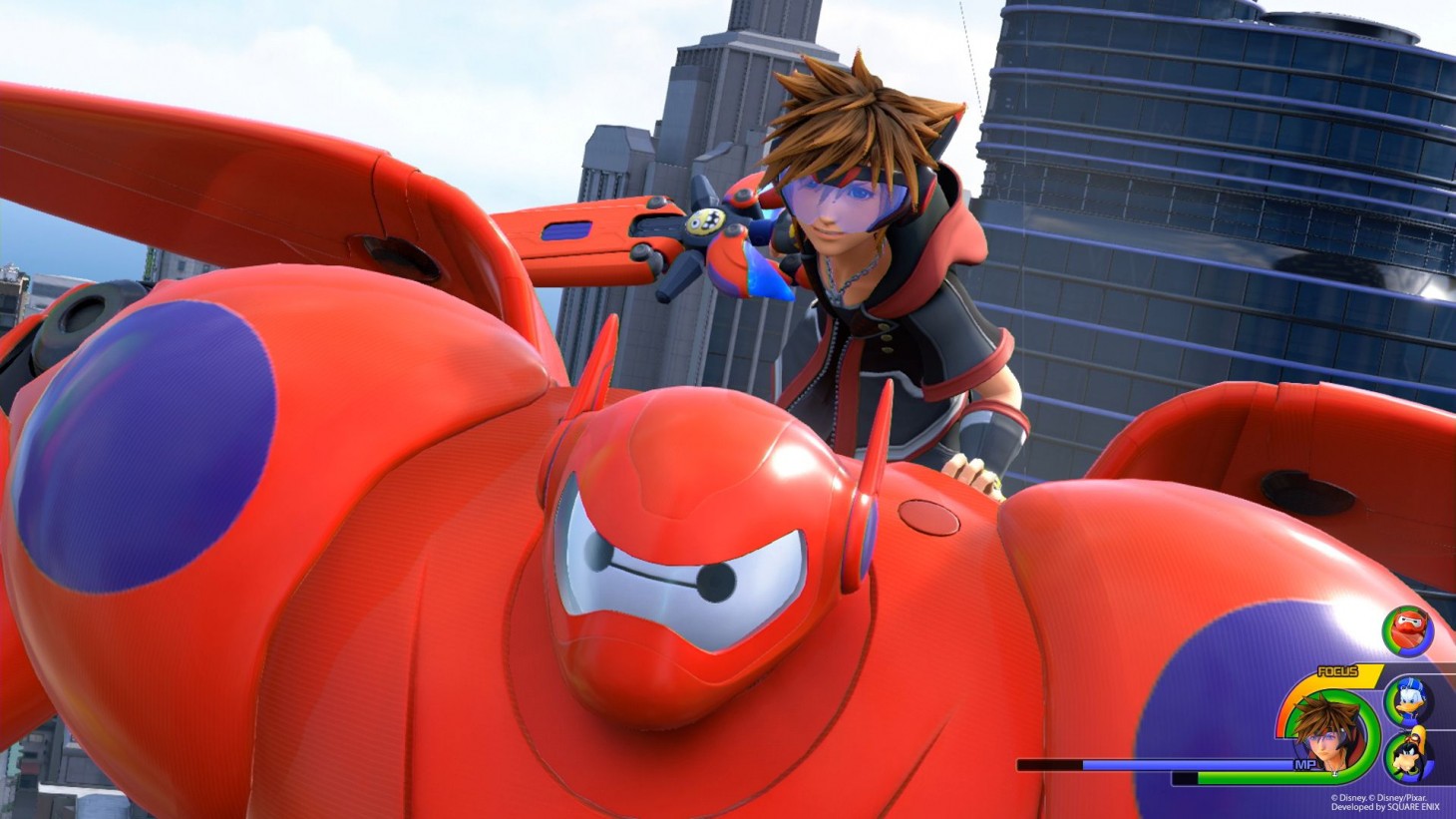 10 Quick Tips For Getting Started In Kingdom Hearts III

Right now, you’re probably anxiously counting the seconds until you can launch Kingdom Hearts III. I don’t blame you; it’s been a long ride to reach the finale of the Xehanort arc. Of course, the best keyblade wielders come prepared, so while you wait, here are some quick tips to get you started on your journey to Disney worlds far and wide.

Early in the game, you’ll unlock Little Chef’s Bistro, where you’ll cook with none other than Remy from Ratatouille. Besides that honor, cooking is also extremely beneficial, providing boosts to all your stats, alongside other perks such as increasing your loot from battle. All you need to do is collect ingredients while traversing worlds and then bring them back to Remy. Next, you’ll play short, easy minigames to unlock new dishes. Once you make the delicacy of your choice, you can then build a meal by selecting cuisine in the main menu, set your appetizer, main course, dessert, and more. These bonuses can be pretty big, especially as you mix and match meals as the game goes on. It’s fun to see what you’ll create next, hang with Remy, and watch your bonuses multiply.

Swap Keyblades Depending On Enemy Type

You can now wield up to three keyblades and equip them on the fly, so it’s best to use them to your advantage. Keyblades all have their own special form changes, each of which is more beneficial in unique situations. Some will be great for enhancing magic or boosting defense, and some will be better to use on flying enemies or hulking baddies. My advice? Try to have a keyblade equipped that complements the three main areas: attack, defense, and magic. It’s not a hard and fast rule, but it does come in handy.

Build Up Your Gummi Ship

Look, you’ll love or hate the Gummi Ship, and how much time and effort you want to give it is entirely up to you. However, you will be required to take it for a spin between worlds and face-off against space enemies. To make this aspect go as smoothly as possible, upgrade your Gummi Ship as much as you can. The Gummi Shop allows you to purchase everything from higher-level blueprints to extra pieces (even a Chocobo) that can increase certain stats. You will also find numerous parts as you explore the universe. Visit the Gummi editor to install new blocks, such as weapon or movement gummies. Giving yourself some extra firepower or movement speed can make getting to the next world less of a hassle, plus it’s cool to see your ship grow and stand tall against everything and anything.

At its core, Kingdom Hearts is an action game and boss battles often come down to recognizing enemy patterns. Pay attention closely so you know if they’re about to fire off a powerful magic attack that you can avoid. Having the right timing can get you through the toughest situations. While this won’t be as important on lower difficulties, it’s still important to keep in mind, as true to the series, bosses have multiple health bars and different forms to withstand. Don’t forget you also have reprisals and the ability to launch baddies in your back pocket.

When you’re at the workshop, you can synthesize items from parts you collect by defeating enemies and exploring each world. It also holds The Keyblade Forge, where you can upgrade your keyblade using materials you’ve collected. Not only will this increase the keyblade’s stats, but it also unlocks new abilities, such as stun protection or advanced magic. You get a lot of keyblades, so it’s best to find the ones you want to focus on and save up the crystals required to upgrade them. In the beginning, this won’t matter much, but as you advance, certain resources become more scarce, meaning you want to make the most of ones you do collect.

Use Your Shortcuts Wisely

In the customize menu, you can set up shortcuts, so you can instantly use an ability when you’re in a bind. This lets you tap a button and bypass navigating the battle menu to select it. Set the abilities you use the most to these. I recommend always having a form of cure on hand, and giving yourself a Link or two to access in case of emergency (more on that later).

Notice a trend for collecting in these tips? I don’t have to tell you that it’s important to scour environments for treasure chests, but the worlds also house some fun bonuses, like minigames. If you want to max out your keyblade upgrades, synthesize powerful new accessories, or cook every meal possible, you’ll need to take the time to defeat baddies and search every area thoroughly. This tip really depends on how thorough of a player you want to be. By no means do you have to be a completionist to get through the game, but if you want to be, there’s plenty to suss out, especially when you add photo missions and lucky emblems into the equation. Either way, it never hurts to pick up some extra goodies along the way.

Don’t Forget About Donald and Goofy!

It’s great to have Sora back with his two buddies, but don’t forget to check in on their equipment and abilities every so often. Like Sora, you can put armor and accessories on them and choose their abilities. Invest wisely and let your buddies reach their full potential in battle. This also extends to the various other Disney characters that temporarily join you. It’s worth looking at their equipment and abilities and providing them with an edge.

Low On Health? Remember These...

Similar to summons from previous entries, Links allow you to call on a special Disney character to help you in battle. Each is unique with their own cool attacks, but they all can be a godsend in a dire moment. They may drain all your MP, but they fully restore your team’s HP. You can also have one kupo coin in your inventory at a time, having this ensures that when Sora’ HP reaches 0, the moogles will rescue you from defeat. It only works once per battle and you have to purchase the coin, but it’s good to have a backup plan.

As far as gameplay is concerned, Kingdom Hearts III is pretty straightforward, even if you haven’t touched the series. For seasoned players, you may want to bump up the difficulty to proud to start, as this entry is on the easier side. Standard will suit the average player just fine, while beginner is best for those who want to focus on the story and get through the battles as quickly as possible. Look, I get it, you’ve waited a long time to see the fates of these characters. No shame! But also note, once you choose a difficulty, you are locked into it.

For more on Kingdom Hearts III, read about the story threads we hope it ties up in addition to our review.