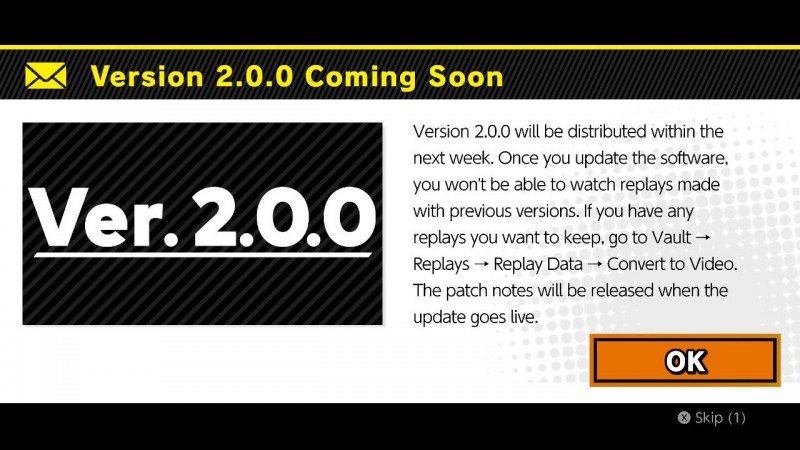 Super Smash Bros. Ultimate is getting a big update, "within the next week." At least, we assume it's a big update, considering the game is going from version 1.2.1 to 2.0.0.

If you log into Super Smash Bros. Ultimate today you will see the alert for the looming update which suggests you save your favorite replays before the update goes live. The previous updates, which you can see the full patch notes for here, were mostly small. The most recent update only offered "Various fixes to improve gameplay."

Hopefully this update will add Piranha Plant to the game as we still don't know exactly when that fighter will be added outside of a vague February release window. And speaking of Piranha Plant, make sure to take the necessary steps you need in order to get him now as the window is closing.

For more on Super Smash Bros. Ultimate, head here for our review.