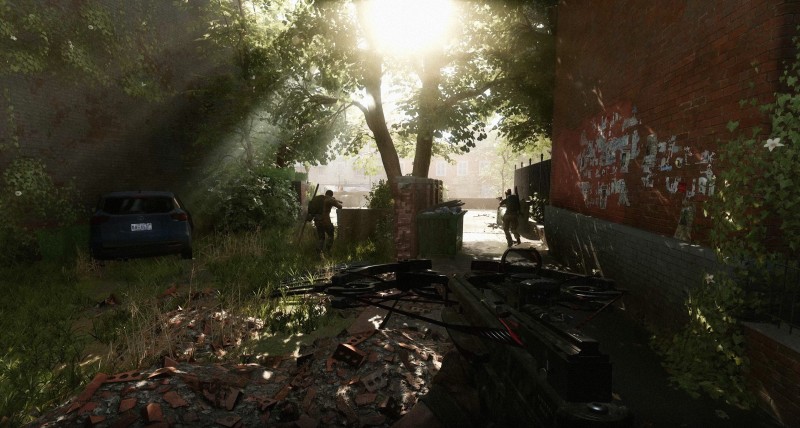 Publisher Starbreeze has announced that Overkill's The Walking Dead's console release has been delayed indefinitely. The cooperative shooter was slated to come to PlayStation 4 and Xbox One as of February 6.

Starbreeze says that it will eventually reveal information about a later release date, but it doesn't give any specifics outside of that.

Overkill's The Walking Dead released on PC late last year, but received mostly negative reviews, garnering a 52% metacritic score. Our reviewer Matt Miller gave it a 4.5, saying that, "In the case of Overkill’s The Walking Dead, major technical problems and connection issues, baffling gameplay systems and controls, tedious combat and stealth, and poorly structured missions all contrive to halt the fun."

You can read Starbreeze's short statement below:

"Starbreeze AB is currently evaluating and reviewing the performance of the game OVERKILL’s The Walking Dead on consoles. Starbreeze has decided to postpone the release date from its original February 2019 date, further information regarding the future release will be announced at a later date."

Starbreeze has struggled financially after Overkill's The Walking Dead's disappointing performance, leading the company to start a cost-cutting initiative and reconstruction. CEO Bo Andersson also stepped down amid these problems.

Despite these significant hurdles, Starbreeze is still publishing Psychonauts 2 and System Shock 3. As for Overkill's The Walking Dead, it's unclear when (if ever) it will release on consoles.