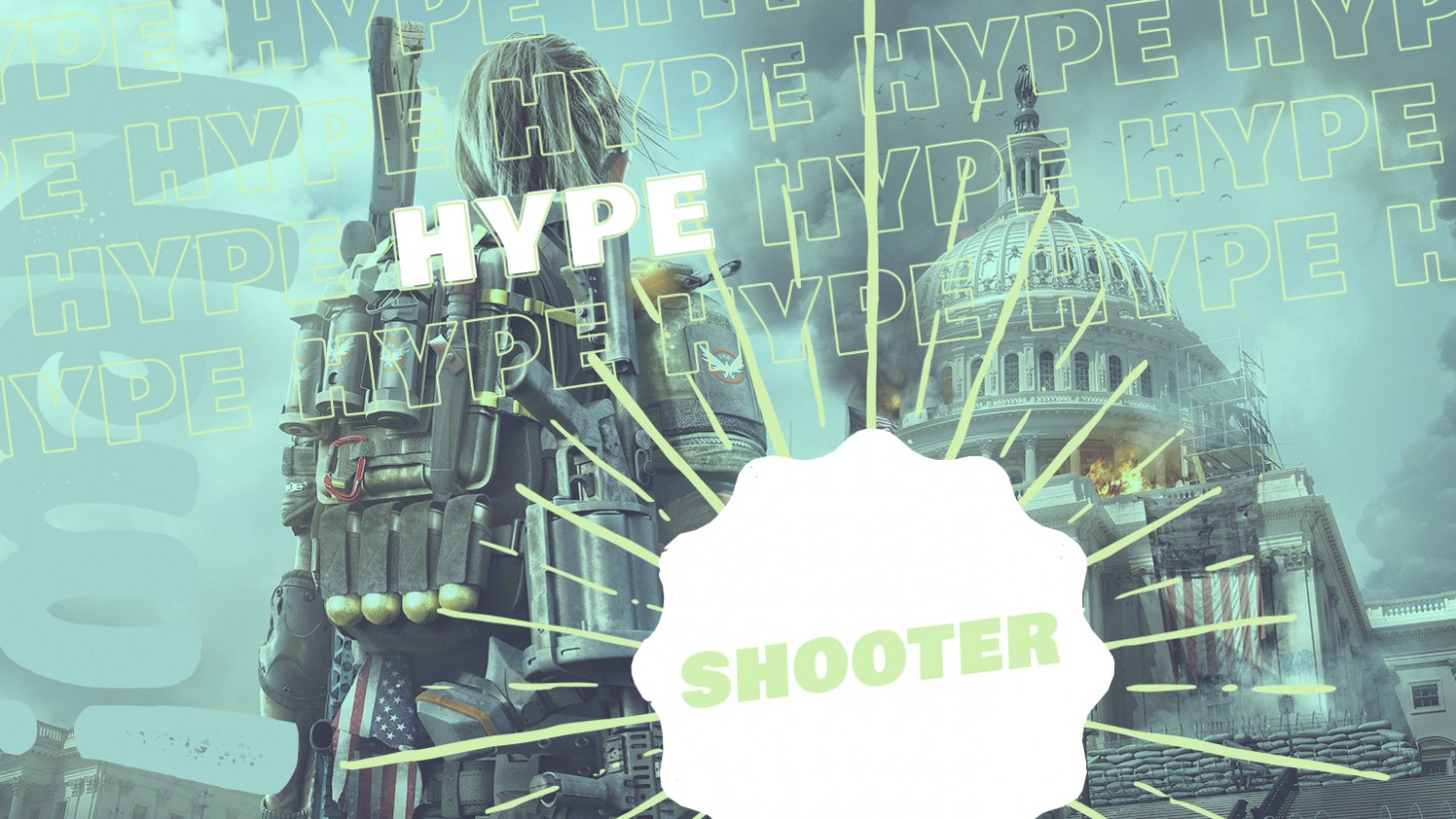 Our Most Anticipated Shooters Of 2019

As we blast ahead in 2019, shooter fans face a murder’s row of promising games within the first few months. With games from the Metro, Far Cry, Division, and Rage franchises dropping before summer, those mousepads and analog sticks are about to get a serious workout.

Looking beyond these early months, the heavy hitters become more few and far between, but that doesn’t mean the rest of the year is lacking in interesting projects. Let’s take a look at the most promising shooters scheduled to release in 2019. 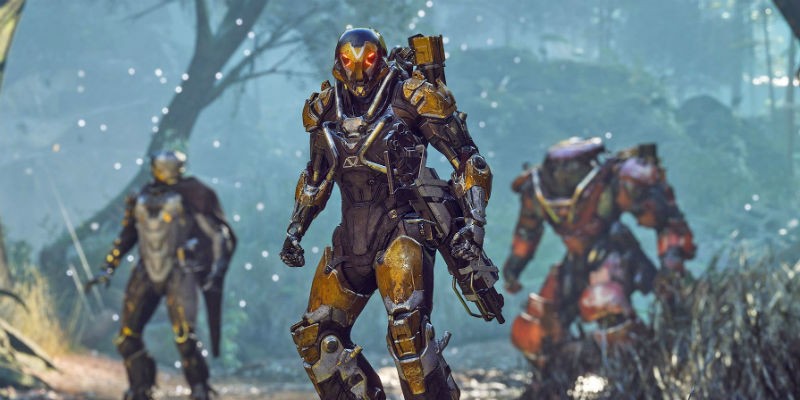 It’s almost put up or shut up time for BioWare’s Iron Man-inspired shared-world shooter. Soon, newly enlisted Freelancers will load into their chosen javelins and lay waste to the alien beasts and rival factions surrounding the central stronghold known as Fort Tarsis. We’ve taken flight in these suits a few times now, and are happy to report both the flight and combat seem promising. We’re excited to find out if BioWare can nail the loot loop while transitioning its signature character development and storytelling to a Destiny-style game. 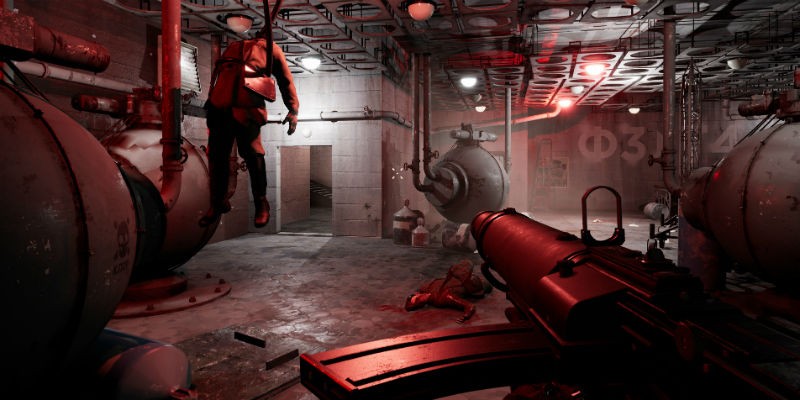 We have no idea what to expect from this curveball of a game coming from the unknown Russian developers at Mundfish. But we know the team has some impressive technical chops. The character designs and artistic aesthetic of this wacky shooter are remarkable, and the studio is at the forefront of new rendering techniques, having displayed some of its work on ray tracing with Nvidia. The gameplay seems reminiscent of fan-favorites like Fallout and BioShock, and we like the idea of exploring an alternate universe Soviet Union.

It’s way too early in the year for Activision to show its cards for the next Call of Duty, but we know it’s Infinity Ward’s turn at the helm. Speculation is all over the place after senior communications manager Ashton Williams started tweeting spooky gifs – are they making Ghosts 2? Modern Warfare 4? Regardless of which thematic direction Infinity Ward goes with the series, we’re curious to see if they follow Treyarch’s lead and abandon a single-player campaign. 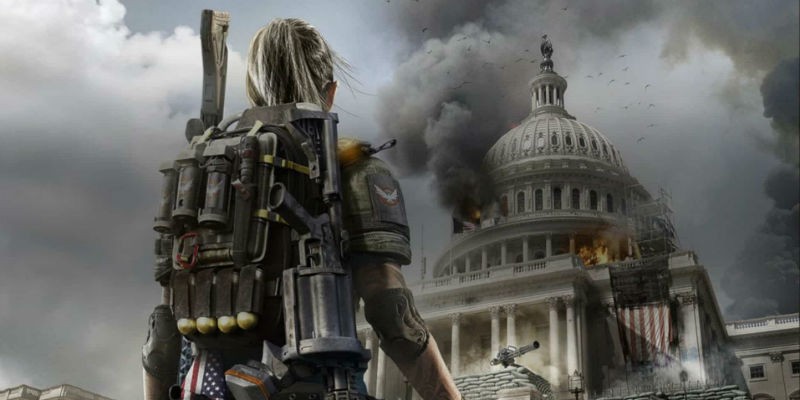 The Division steadily built up a strong community following its 2016 launch, and we expect big things from the sequel. Set in Washington D.C. six months after the pandemic spread across the world, a new batch of agents (your character from the first won’t carry over) must stop the federal government from collapsing and repair the local infrastructure while fending off the various factions vying for power. Developers Massive and Red Storm are promising a more alluring endgame loop right out of the gate, as well as a much more diverse collection of biomes to explore in the D.C. area. 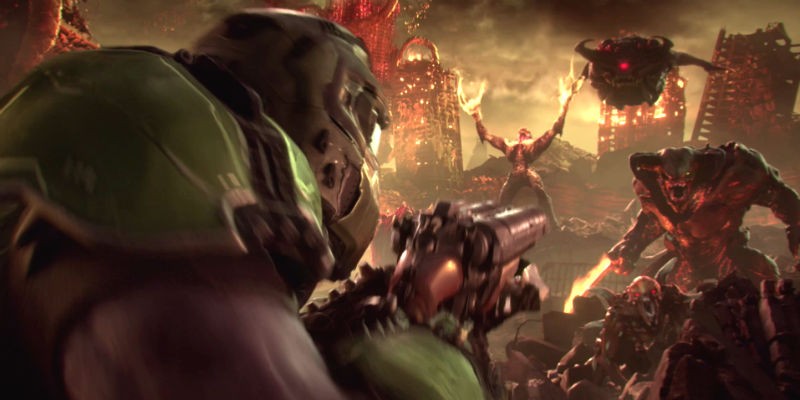 Id Software got its bloody, punishing groove back with 2016’s Doom reboot, and we’re eager to see how it plans to build on that success with Eternal. The unrelenting “push forward” combat returns as Doom Slayer takes the fight to Earth. He’s raging and ready to ward off the invasion packing some dangerous new skills like omnidirectional dashes, a grappling “meat hook,” an over-the-shoulder attachment capable of launching missiles or flames, and the return of some classic Doom weapons like the Super Shotgun. 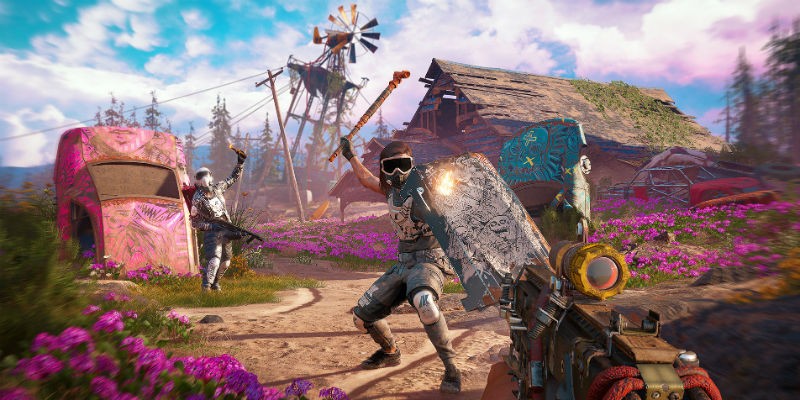 This surprisingly fast follow-up came out of nowhere. Set in Hope Country, Montana 17 years after nukes wipe out civilization, the earth has started to rebound and build new biomes. Amid the rebirth, violent factions clash over resources and power. The most vicious of the bunch? Twin teenagers with a taste for blood. You need to mount a resistance and enlist new guns for hire to resist the takeover. Outside of the post-apocalyptic setting, the most interesting element of New Dawn may be the “expeditions,” discrete missions separate from the open world map that take place in different parts of the country. 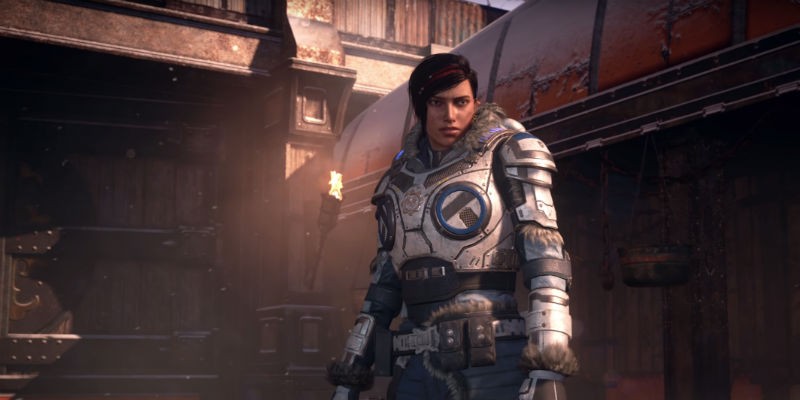 The Coalition’s bombastic sci-fi franchise is slated to return in 2019, but there are still more unknowns than knowns about Gears 5. Gears favorite Kait Diaz takes center stage in the next adventure, setting on a journey to discover the origins of the Locust while piecing together her family history amid the crumbling of civilization. Expect to spend time with familiar faces like JD Fenix, Delmont Walker, and Marcus Fenix as well. Coalition head Rod Fergusson promises a slew of innovations in Gears 5, so we’re curious to see how they evolve a series looking slightly long in the tooth. 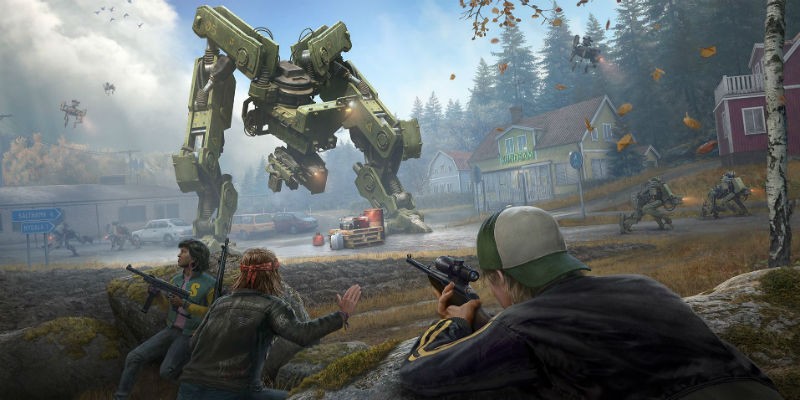 We never knew we wanted to explore an open world set in 1980’s Sweden until Just Cause developer Avalanche Studios announced Generation Zero. This alternate history drops four players into the shoes of Swedish adolescents and challenges them to survive an angry robot invasion using their wits, tactics, and whatever weapons that can scavenge from their surroundings. The desolated environments look foreboding but beg exploration, and the combat requires teams to think strategically to overcome the fully armed tin cans roving the regions. 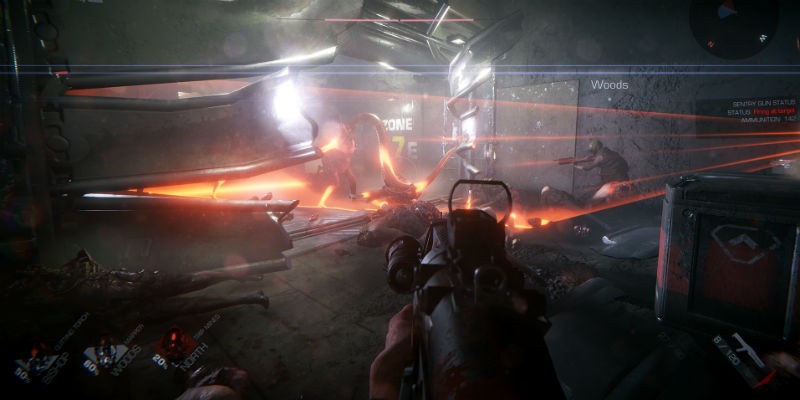 Several Payday veterans broke away from Overkill Software to create this tense cooperative shooter. Players take the role of prisoners forced to delve into a mysterious underground complex to retrieve loot for their warden. Rather than flood you with endless waves of enemies, GTFO leans heavily into atmosphere and tension, encouraging teams to move stealthily as long as possible to preserve precious ammo. An interesting collection of gadgets, which includes a glue gun and motion tracker, gives players some tactical versatility. With other cooperative shooters like The Walking Dead faltering, GTFO has a window of opportunity if it strikes soon. 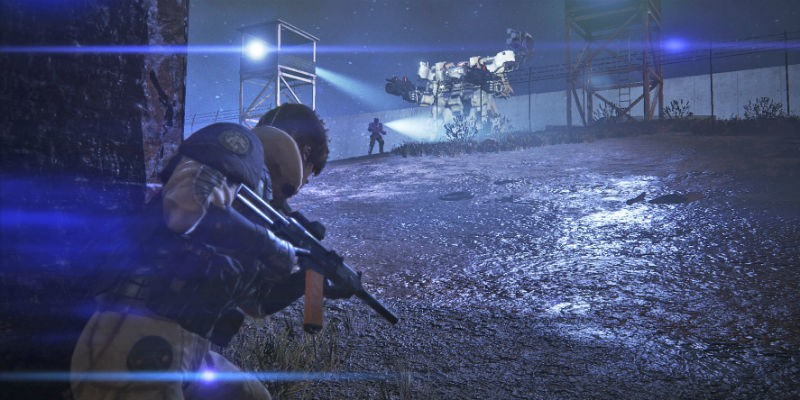 Square Enix’s curious survival shooter is the brainchild of Armored Core veteran Toshifumi Nabeshima, Metal Gear character designer Yoji Shinkawa, and Mobile Suit Gundam mechanical designer Takayuki Yanase. When a war tears apart the fictitious future city of Novo Slava, three protagonists try to eke out an existence in defiance of the oppressive regime, shuttling survivors to safety and making critical choices that could spell life or death for the people they come across. We haven’t gotten our hands on the game yet, which is curious for a game that comes out in March, but here’s hoping the team delivers. 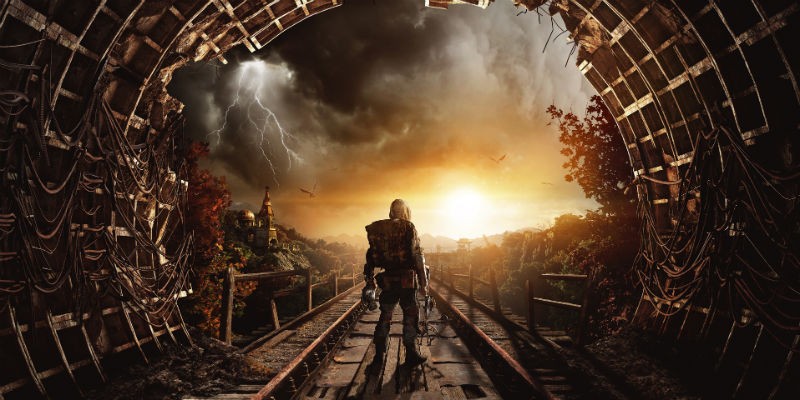 The time has come for Artyom and the Spartan Rangers to leave the desolate confines of the Metro and seek a new life. Metro Exodus takes players across the post-apocalyptic Russian landscape aboard the Aurora locomotive, which serves as Artyom’s hub for each region they visit. From thawing swamplands to dusty deserts and everything in between, Exodus provides a lot more environmental variety than 2033 and Last Light, but from what we’ve seen it still preserves the eerie mood and sense that a threat awaits around every corner. For more on this promising game, visit our Metro Exodus cover hub. 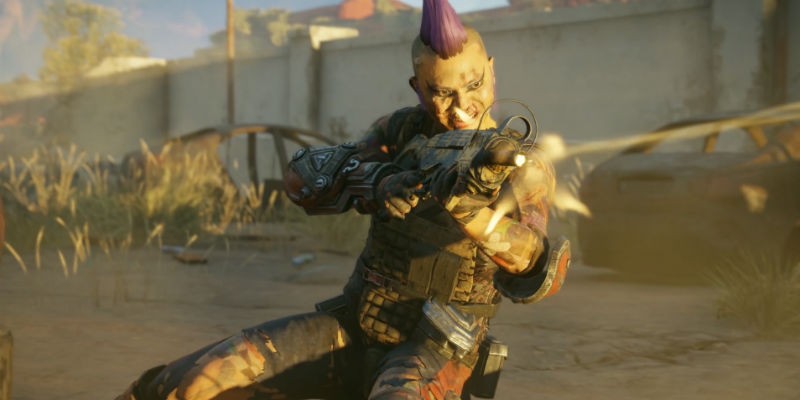 A collaboration between id Software and Avalanche Studios, Rage 2 is high on our list of most anticipated games of 2019. The promise of combining id’s bombastic weaponry with the open world chops of Avalanche has us intrigued, and the force-like powers the hero can unlock were a lot of fun to wield in our hands-on sessions at E3 and during our most recent cover story trip. 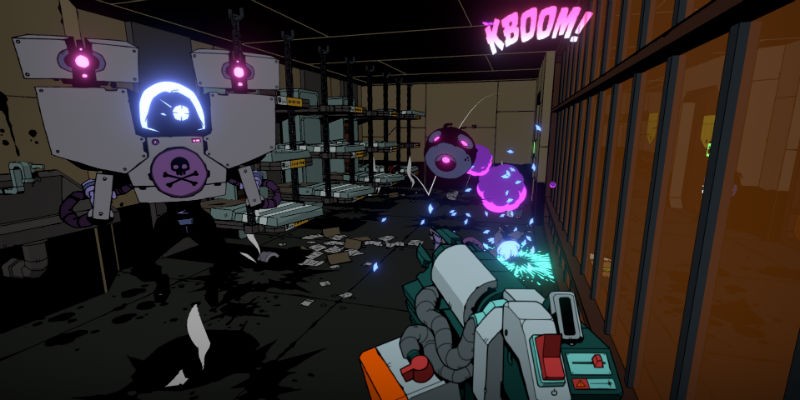 New studio Blue Manchu has talent who helped make games like BioShock and System Shock 2, so we’re expecting good things from Void Bastards. This strategy shooter has you jumping from enemy ship-to-ship to scavenge parts for you own vessel, shooting any robot or being who gets in your way. Before you step on board and start unloading clips you should survey the ship via a top-down menu so you know what trouble awaits. Each vessel has you make the tough call of whether it’s better to grab what you need and go or risk losing anything to delve deep into the ship for greater rewards. 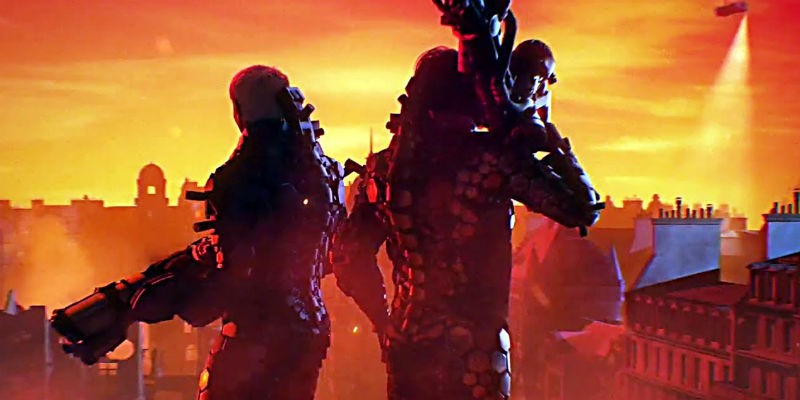 While we wait for the BJ Blazkowicz trilogy to conclude, MachineGames is taking a detour into the cooperative realm with this interesting concept. Taking place in the 1980s of the Wolfenstein universe, Youngblood stars BJ’s twin daughters, who have to pick up their father’s legacy of beating Nazi ass. When their dad goes missing, Jess and Soph head to Paris, where the Nazis are still firmly entrenched. That’s about all we know thus far, but we’re excited to learn more as we move further into 2019.