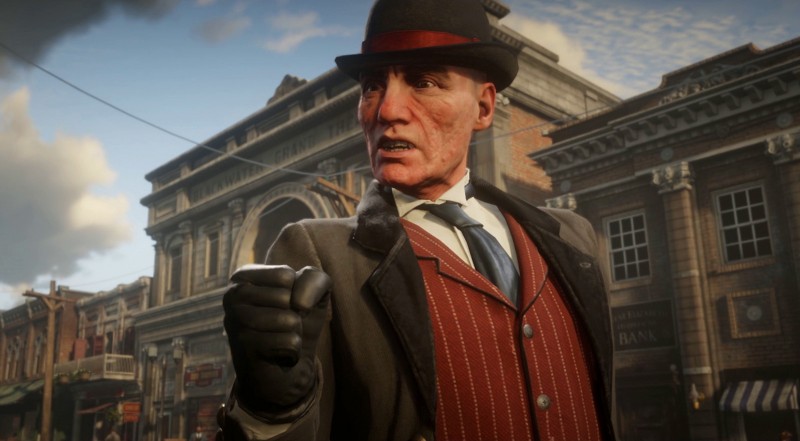 The Pinkertons have proven to be the foe in many cultural works throughout the decades: Deadwood, A People's History Of The United States, BioShock Infinite, and so on. Today, it appears that historied company is taking on Take-Two and Rockstar Games over inclusion of Pinkerton agents in Red Dead Redemption II.

Pinkerton Consulting & Investigations sent a cease & desist letter to Take-Two last week and have demanded royalties, claiming Rockstar was unauthorized to feature the Pinkerton brand in the game. Take-Two has fired back, countering that the inclusion of the agency in the game falls under fair use.

Rockstar cites Red Dead Redemption II's historical setting, as well as the Pinkerton Agency's being featured in a plethora of cultural works throughout years as evidence. "[Pinkerton] cannot use trademark law to own the past and prevent creators from including historical references to Pinkerton agents in depictions of the American West," Take-Two asserts in its filing.

You can read Take-Two's court document in full for yourself here. For more on Red Dead Redemption II, here are 101 things you can do in the game.

I tend to agree with Rockstar Games here. The Pinkertons have been a cultural icon used throughout the ages in countless works. If the agency wanted to pick a fight, why wait until now? It seems, as Take-Two alludes to in its court filing, that the company likely just wants a cut of Red Dead Redemption II's profits.
.
On
On
Off
Off