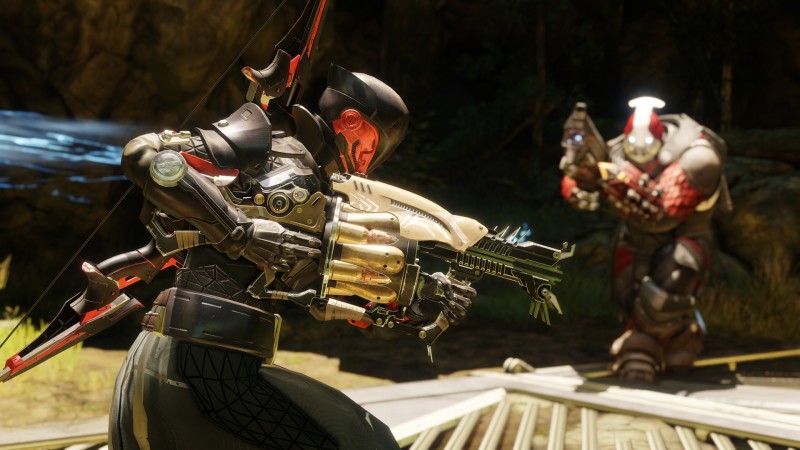 Bungie has revealed that one of the reasons the recent Niobe Labs puzzle that had been stumping player recently was far too difficult because it was actually missing a clue the developer meant to include in the game.

The puzzle, which was eventually decoupled from the content it was meant to unlock because the community couldn't solve it,  involved teams of players working together to decode hints, follow their instructions, and move on to the next "level" of the puzzle. "Unfortunately, a string on Level 7 was improperly removed which would have provided additional information," the company said on its forums yesterday. "In lieu of this missing piece of the puzzle, we are providing the clue below to help players on their quest to complete Niobe Labs once and for all."

Shortly after the hint was revealed, the community was able to finally crack the puzzle, which, having been decoupled from the new Black Armory forge level, simply unlocked a pair of vanity items (an exotic ghost shell and an emblem).

For a full break down on each puzzle and how to solve it, head over here.

You of course have to wonder how quickly the community would have solved the complete set of puzzles if this hint had been included in the first place, and it only makes what was already a bit of frustrating situation more aggravating to the people who had been plugging away at it without the proper knowledge.
.
On
On
Off
Off