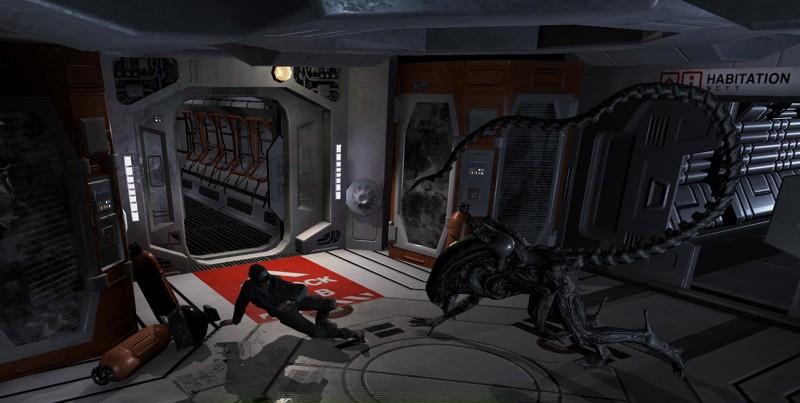 Update: Fox reached out to Game Informer to clarify that "[Blackout] is a standalone game that shares Amanda Ripley as a main character but is not related to or a sequel of Isolation." We've amended the original story's terminology to better reflect the nature of what the game is.

Original Story (January 7 at 8:58 a.m. Central) Today Fox announced that a new Alien game starring Alien Isolation's main character Amanda Ripley was on the way. It's called Alien: Blackout and while some fans of the terrifying stealth-driven game might be enthused by this news, they might also want to take a seat for the next bit. The game is for mobile devices exclusively and Fox says it isn't a sequel to Isolation.

Alien: Blackout has you guiding Amanda Ripley and her crew through "seven fear-inducing levels" in a setup that sounds familiar to Five Nights at Freddy. You'll be managing a space station, jumping from cameras and dealing with damaged controls to try and defeat the beast. The game promises multiple conclusions based on your choices.

A few hours after revealing Blackout, the official Alien account tweeted that there was "more to come," possibly as a response to fans' backlash to Blackout's announcement. What #ReadPlayWATCH means is anyone's guess at this point but that likely means more games as well, including hopefully a look at the Aliens shooter that Cold Iron Studios is working on.