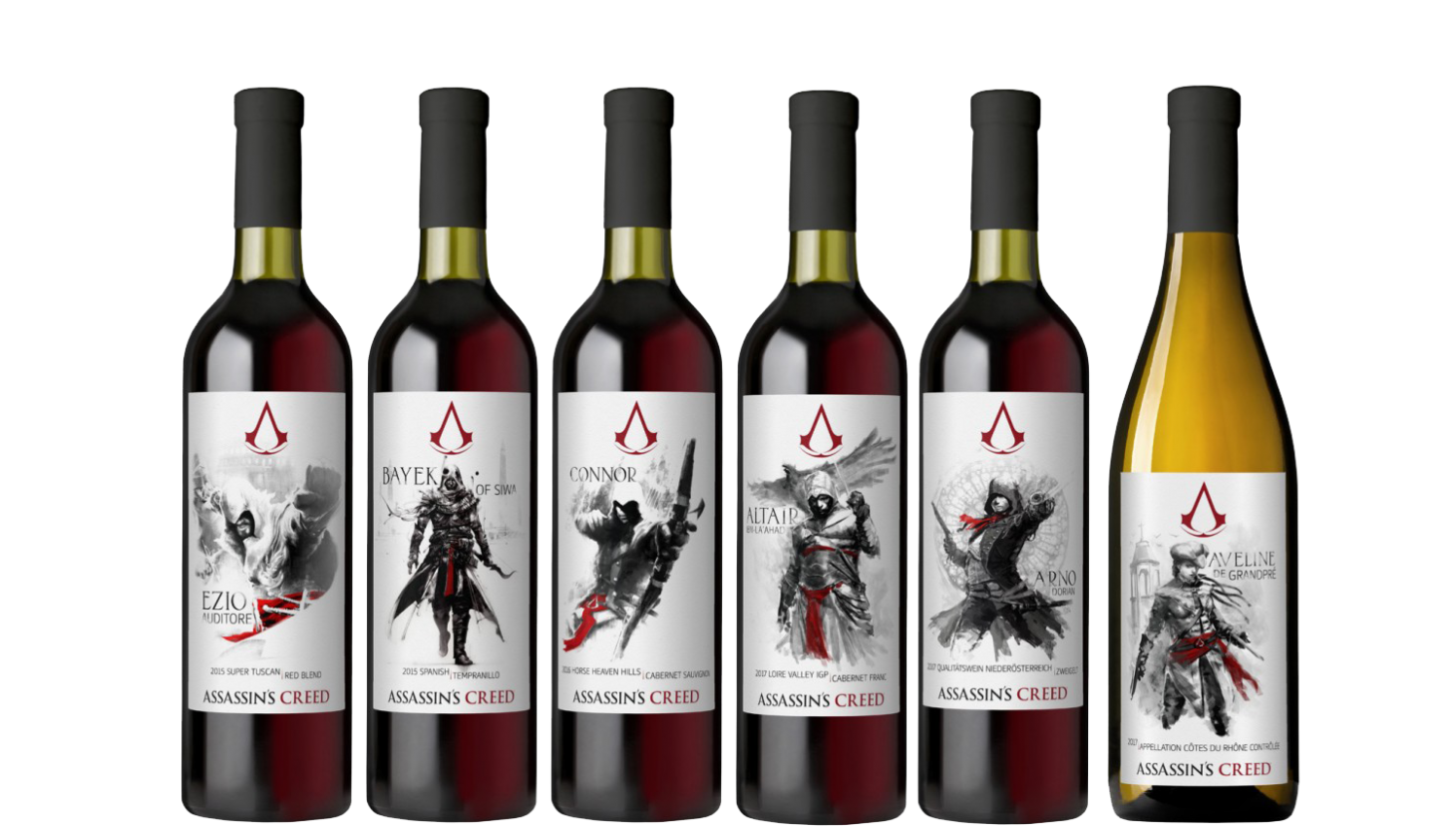 How Do The Assassin’s Creed Wines Taste?

Back in November, Ubisoft and winemaker Lot18 announced a partnership to release some wine themed after the Assassin’s Creed franchise. Anyone can throw a label on a bottle, but do these wines capture the essence of the subject matter and live up to the Assassin’s Creed name? I’m not a sommelier, but I have played a lot of the Assassin’s Creed series, so I decided that it is my duty to sample these six wines and see how they measure up to my assumptions.

Below you’ll find my expert predictions for how each wine will taste, informed by over a decade of experience with these characters and their adventures. Then you’ll find my inexpert taste assessment, informed by the fact that I like drinking wine sometimes.

Expert prediction: I think this will be a wine that comes across strong at first, but after many repetitive sips, the flavor could grow dull over time. Following in the footsteps of the original Assassin’s Creed, it may not have the variety to become a timeless vintage, yet I expect something exciting here that will set the tone for all of the wines further down its family tree.

Expert prediction: Brash, colorful, and casual, Ezio’s blend will be like his multiple games, striving to balance many different elements while still retaining its identity. While the flavors initially evoke the gorgeous countryside of Florence, you might also picture yourself in Rome or Constantinople as the bottle matures. This could be a wine that follows you your whole life, from your impetuous youth to your wise years as a master and mentor.

Inexpert assessment: Mmmm, yeah, I like this one too.

Expert prediction: This must be a distinguished wine, suitable for every conceivable sort of important (and even historically significant) occasion. However, the biggest problem here – like in Assassin’s Creed III – is the extensive preparation: It will take you at least four hours to read all of the handling, decanting, and serving instructions. By the time that’s all finished, you might not be as thirsty as you thought you were.

Inexpert assessment: Look, I’m like three bottles into this tasting, so I wouldn’t totally trust my opinion at this point. But it seems fine?

Expert prediction: Assassin’s Creed Liberation? More like “libation”! Not as full-bodied and complex as the other Assassin’s Creed games…er, wines… Aveline will still get the job done. Annoyingly, this wine requires you to stir it with your finger and rub the side of your glass as you drink it; these sorts of touch-based gimmicks are likely to impede your enjoyment, making this wine the low point of the collection. At least it’s portable!

Inexpert assessment: What, more? Okay, but then I think I need to go lie down.

Expert prediction: If it’s anything like Assassin’s Creed Unity, you should probably let this one get some air before drinking. If you taste it too soon out of the bottle, the flavor will turn your whole face inside-out like a hideous mask of death. But if you give it some time and come back later, it might surprise you with its depth. A good bottle to share with friends.

Expert prediction: I’m not letting that “Spanish Tempranillo” in the name fool me. I’ve played Assassin’s Creed Origins (which was so retooled that it barely felt like part of the series), so I know that the name on the label isn’t necessarily what’s inside. Maybe this is mead? Or that red mummy juice that everyone on the internet wanted to drink? No matter what’s in the bottle, you can probably have at least two glasses, because one-shot takedowns are unlikely here.