Blizzard Pumps The Brakes On Heroes Of The Storm 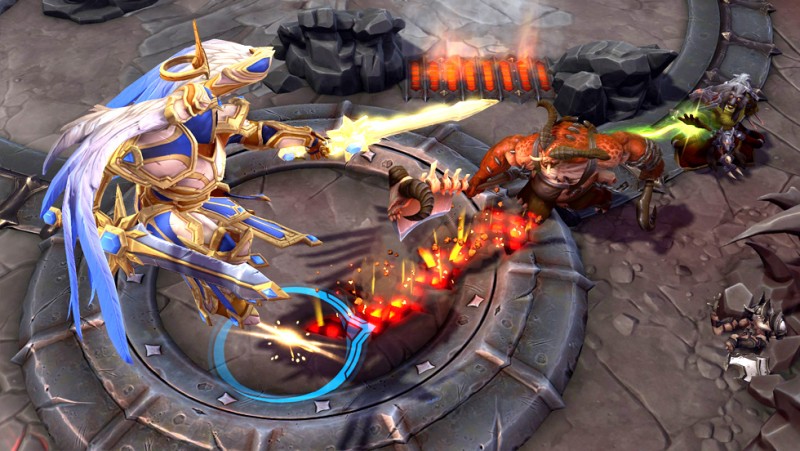 Heroes of the Storm, Blizzard's crossover MOBA featuring their well-known characters, by all appearances seemed to be doing well. At this past Blizzcon, the company even introduced the first original character for the title. Now, however, it seems that Blizzard is looking to slowly move on from the game, which has seemingly not been doing as well as we thought.

In a new blog post, Blizzard announced that they're moving talent away from Heroes of the Storm to other projects within the company.

"Over the past several years, the work of evaluating our development processes and making hard decisions has led to new games and other products that we’re proud of," write CEO J. Allen Brack and chief development officer Ray Gresko. "We now have more live games and unannounced projects than at any point in the company’s history. We’re also at a point where we need to take some of our talented developers and bring their skills to other projects. As a result, we’ve made the difficult decision to shift some developers from Heroes of the Storm to other teams, and we’re excited to see the passion, knowledge, and experience that they’ll bring to those projects. This isn’t the first time we’ve had to make tough choices like this. Games like Diablo II, World of Warcraft, StarCraft II, Overwatch, and more would not exist had we not made similar decisions in the past."

While the post takes great pains to explain that further content will continue for Heroes of the Storm, and the developer diaspora will ultimately benefit all of Blizzard's games, it does certainly paint a bleak picture for this game's future. Blizzard also takes this opportunity to note that two of the biggest Heroes of the Storm esports events, Heroes Global Championship and Heroes of the Dorm, will not be held this year. The reasoning, Blizzard says, is that they do not believe they could meet fan expectations and standards this year.

Still, there is optimism to be found within the news. Going by Blizzard's own words, they expect this to be better for Heroes of the Storm.

"We’ll continue actively supporting the game with new heroes, themed events, and other content that our community loves, though the cadence will change," the blog post reads. "Ultimately, we’re setting up the game for long-term sustainability."

Regardless, it does not seem like Heroes of the Storm will be going anywhere anytime soon. There is no reason to think Blizzard has any intention to stop supporting the title, even if the resources are better spent elsewhere. With the success of things like the Overwatch League, however, the dreams of Heroes of the Storm taking the world, well, by storm may be long gone.