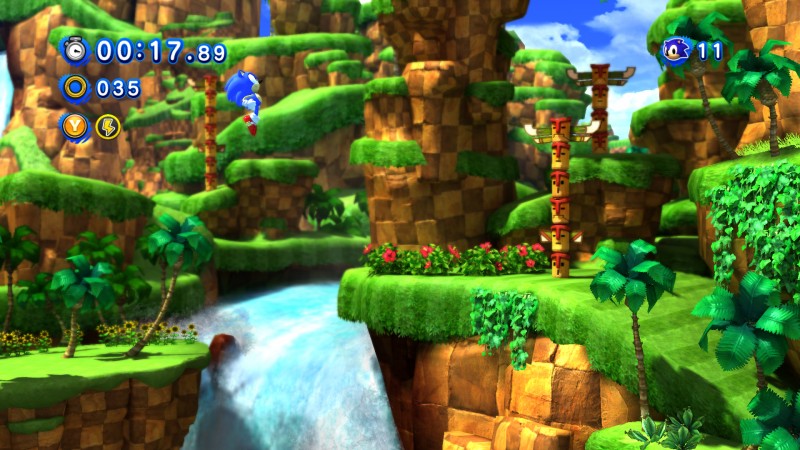 With a recent poster for the Sonic the Hedgehog movie showing proportions and fur that many fans didn't exactly expect, people have been talking about the new take on the cartoony mascot character. After an alleged leak of a cardboard standee in a movie theater popped up showing Sonic's legs and little else, not only have fans been posting their thoughts, but so have former developers on the Sonic Team.

From Shiro Maekawa, a former writer at Sonic Team:

🔵Maekawa-san on Sonic the Movie teaser: "Wooow, they made a totally unexpected arrangement there *rofl* " https://t.co/FfeWSKvUAa

🔵Maekawa-san on Sonic thr Movie teaser (2): "I'm laughing so much by seeing Tweets on my timeline from tortured people🤣" https://t.co/cyWcHg4wN6

From Gurihiru, the illustrator and character designer for Sonic Unleashed:

🔵Gurihiru-san (character designer of Sonic Unleashed) on Sonic the Movie: "I've heard that Sonic movie was going to be a mixture of live action and animation, but I haven't expected this..." https://t.co/8a5uWmTaRv

From Naoto Ohshima, the artist and original creator of Sonic the Hedgehog.

🔵Ohshima-san on Sonic the Movie teaser: "Sonic is a fairy of hedgehog, so he doesn't need to be designed closer to a real hedgehog even in a live action.
Mickey doesn't become a mouse in live action, does he?
Because they are fairies who can live on when people believe in them." https://t.co/PXhT0Tgp3O

🔵Naka-san on Sonic the Movie teaser: "From the comments here, it looks like it's very badly received. I wonder if the movie is actually good when you watch it. I see many movies based on Anime or games are unpopular. I wonder why that happens..." https://t.co/ud7yu5dKCq

Naka is right that the movie isn't done or out yet, so all people are really reacting to is the few teaser images shown so far. Still, it is interesting to see what the developers behind Sonic the Hedgehog think about the movie's more realistic redesign.

What do you think? How would you have put Sonic into a live action movie?