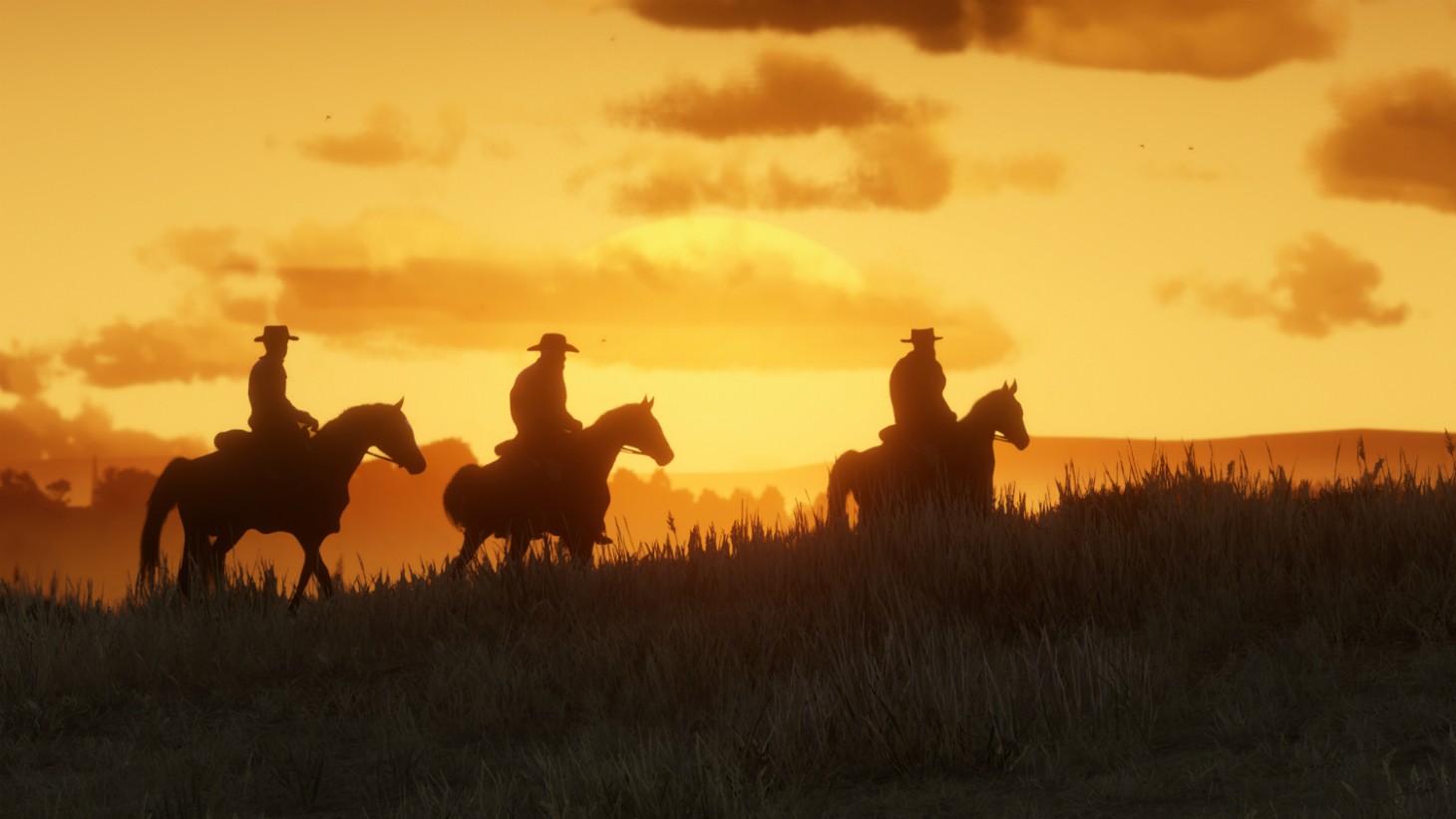 The Good, The Bad, And The Ugly Of The Red Dead Online Beta

Red Dead Online launched last week, and since then a large posse of Game Informer editors have been putting the mode through its paces. After countless shootouts, fishing sessions, and tours around the open world interacting with the strangers offering free roam missions, we feel like we’re finally in a good spot to levy some judgment on the mode in its early form. Sticking with the Western theme, here is the good, the bad, and the ugly of Red Dead Online.

Playing Cooperatively Is A Blast

The same central principle that made Grand Theft Auto Online so fun holds for Red Dead Online – being in a Rockstar open world with your friends is always a good time. Whether you are goofing off, terrorizing towns, hunting animals, slamming whiskeys together in a saloon, or completing missions, it just feels good to gallop around the map with a posse.

You don’t need to roll with a posse to have a good time in Red Dead Online. I’ve spent a lot of time hunting, fishing, and tackling free roam missions by myself and had a great time. Even better, I have experienced minimal interference from rival players. When they do mess with you enough, a parlay system allows you to move past the problem player. Rockstar could smooth this out even further, but I encourage solo players put off by the prospect of asshole antagonists to check out the mode.

Character Customization Has Fun With The Historical Era

Red Dead Online allows you to create your own outlaw, and the customization options are pretty funny. Frontier living was rough, and the denizens of this world have the wear and tear on their faces to prove it. The hair options vary from classy Saint Denis raconteur to crazed backwoods yokel. Complexion tweaks let you make your face as weathered and scarred as you want, and the hilarious choices for your chompers are a dentist’s nightmare.

Red Dead Online casts you as a prison escapee enlisted to help a rich women exact justice on the conspirators who killed her husband and got you wrongfully imprisoned. These missions include a brand-new cast full of interesting characters, and I’m curious to see where the story goes as Rockstar includes more missions in the future. If the developers continually add new missions complete with cutscenes and voice acting, it could go a long way toward roping in more fans of the story mode who would otherwise neglect Red Dead Online.

The Open World Is An Anecdote Factory

The great part about Rockstar open worlds is you don’t need to be playing missions to have a memorable experience. A lot of the best moments in Red Dead Online thus far are the stories that grow from emergent scenarios. Frantic shootouts that follow being ambushed by O’Driscolls when your horse is packed with pelts and animal carcasses. Lassoing that pest of a rival player taking pot shots at you while you were fishing and dropping them in the river. Leaving camp to pick some herbs for crafting only to barely make it back alive after a traumatic cougar attack – these are the shining moments that elevate the experience.

Red Dead Online takes place before the events of Red Dead Redemption II, which means you get to interact with many of the people who may eventually meet their untimely demise in the story campaign. Since your avatar doesn’t talk, these interactions tend to devolve into character monologues, but it's interesting nonetheless to hear more of their stories and get to know them better. The familiar faces who return from the original Red Dead Redemption are also a nice touch.

Ability Cards Give An Element Of Customization

Rockstar games are normally light on RPG mechanics, but I like the addition of this card system. Ability cards allow players to choose passive boosts that best fit their play style and giving the progression system the carrot of unlocking new cards for purchase. Since the Dead Eye system does not slow time in RDO, you instead get to choose which bonus your character gets when activating the ability. Depending on the card, that could be regenerating health, increasing damage dealt to enemies, buffing teammates, etc. The three passive card slots give you further customization.

Not All Money-Generating Options Require Manslaughter

Shootouts are undoubtedly a central element to the Wild West fantasy, but I’m glad Rockstar included options that don’t require you to grind missions or spend hundreds of hours in adversarial modes. Those who prefer to spend their time in the open world can make a pretty penny by hunting animals, fishing, or racing. 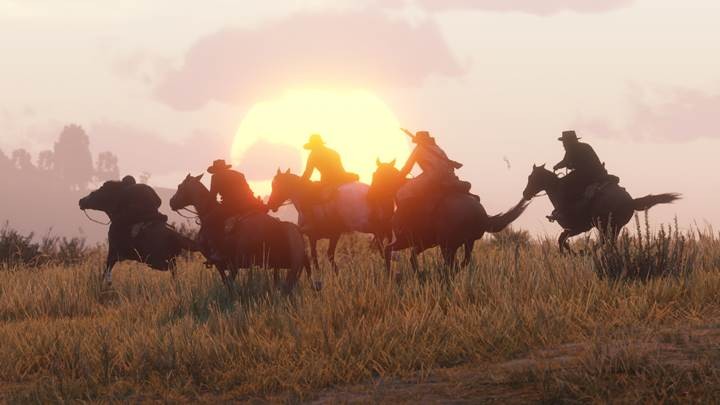 I’ll be honest – I never play Rockstar games for their adversarial modes. If I want to play competitive multiplayer modes, several games exist that pour all their resources into this department and offer better gunplay, map design, and modes. Red Dead Online doesn’t change my mind in this regard. I love that the victory screen shows your enemies in coffins, but otherwise the five competitive multiplayer options lack the flair or craftsmanship found in the rest of the Red Dead online experience.

I’m not sure what kind of body count you need to rack up to become dishonorable, but I’ve had multiple massacres in city centers that took the lives of hundreds of coppers and yet my honor ranking is way in the white. Is it just because I feed and pet my horse and spared some fellows in the story missions? I can’t wrap my head around how the game calculates honor right now, but something feels off.

I’m not sure if this is a server trick Rockstar uses to keep the game running smoothly, but I find that the world is in a constant state of flux with regards to how many people, animals, or lootable items are in an area at a given time. Sometimes the saloon is bustling with customers, other times it just has the bartender and piano player there at a similar time of day. Sometimes the streets of Saint Denis feel vibrant; other times no one is around for blocks. Much of the time the wilderness is packed with animals to hunt, but occasionally I can ride for miles without seeing a single critter.

The same goes for looting buildings. A few times I’ve found several items to loot in one location, but most of the time every drawer or cupboard is barren. It would be nice to see more consistency on this front.

In my 30 or so hours in Red Dead Online, I haven’t had a big problem with griefers. But I know some people would rather not deal with the hassle of getting pestered when all they want to do is hunt, fish, or shop in peace.

Red Dead Online is currently in beta, so bugs are going to happen. Free roam missions fail to load, horses spook way too easily, and server kicks occasionally occur. I’m sure Rockstar will smooth these out over time, and I’m impressed in general with the overall stability of the game at this juncture. But one bug in particular is driving me nuts. My horse never spawns near me when I enter the game, so every time I log on, I need to make an unplanned trip to the stable to get my good horse. Even worse, it disappears randomly when I’m not on horseback. This forces me to call the useless Scrawny Nag, which runs out of stamina way too fast and inevitably tries to buck me off.

I should preface this entry saying I am not a blind crusader against microtransactions. Rockstar put a lot of free new content in Grand Theft Auto Online that everyone could access. To help fund that work, the studio also put in high-priced items for whales to buy and players to grind for. I have no inherent problem with these opt-in systems, but they need to be balanced well so players are adequately compensated for their time and the grind isn’t needlessly sadistic.

When it launched, the Red Dead Online economy was as imbalanced as Arthur after a night of hard drinking with Lenny. Outside of a few well-paying story missions and treasure maps, most activities don’t have a good monetary reward, basic items were very expensive, and you got hit with constant stable and camp fees. Rockstar listened to the community complaints about these issues and just announced some big changes to the economy that improve it, but there is still work that could be done.

Developers are often damned if they do and damned if they don’t when it comes to online progression and economies. Make everything too easy to achieve and players will gripe about not having anything more to do. Make the rewards too stingy and they will (rightfully) complain about the ruthless grind. Finding that sweet spot can prove elusive. Rockstar still has some work to do on that front.

Too many items are needlessly expensive or locked behind ridiculous leveling barriers. The historical setting likely causes Rockstar headaches on this front. The items locked behind the progression aren’t rare and powerful like an alien sniper rifle can be in fantasy games like Destiny. Outside of horses, weapon engraving, and some high-end rifles, we’re largely talking basic items that many frontiersmen owned. These economic imbalances and arbitrary level gating create a tonal inconsistency that feels at odds with the world and prevents players from doing the types of activities they want. If people want to fish, let them fish. Don’t make them grind to level 14 just to be able to buy the fishing rod. Certainly don't demand they play hundreds of hours and spend hundreds of dollars just to be able to craft an arrow ideal for hunting small game.

The monetary returns on scavenged items are also problematic. Jewelry is so devalued that you can’t even fence a pocket watch and generate enough cash to buy a can of preserved food. We hope these issues get some more scrutiny from the developers as well in the near future.

WHERE DOES IT GO FROM HERE?

As a beta, we know Red Dead Online is more a foundation than a complete experience. Many systems we expect to come to the game aren’t here just yet, including bounties, bank/store robberies, homesteads, gambling, etc.

We know Rockstar will continue to add new adversarial modes to the rotation. But to take Red Dead Online beyond the accomplishments of Grand Theft Auto Online, we hope the studio continues to build features that enhance the shared open-world experience. After all, the open world and characters are the main draw to Red Dead Redemption II. The more Rockstar leans into this truth, the better the mode will be.

People will always love a good gunfight or horse race, but this world is compelling and diverse enough to enable players to gravitate toward different types of experiences like crafting, trapping, law enforcement, farming, building, etc. We hope Rockstar continues to introduce new NPCs to interact with, releases a steady stream of story-based missions, and designs more shared activities that fit with the time period. If they do, we’ll be riding right alongside them the entire time.