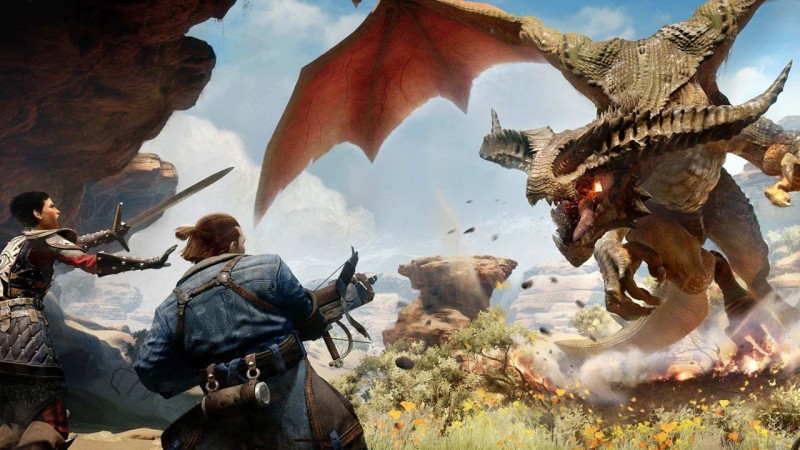 BioWare is all about Anthem these days, but a blog post from general manager Casey Hudson teased that some details about "secret Dragon Age stuff" would be arriving in the coming month.

The blog, which you can read here, is mainly about where the development team is in terms of getting Anthem across the finish line. The game is currently at a point where the devs can take it and play it at home, which is exciting.

Near the end of the post, however, Hudson writes, "If you’ve been following these blogs, or myself and Mark Darrah on Twitter, you know we’re also working on some secret Dragon Age stuff.  Dragon Age is an incredibly important franchise in our studio, and we’re excited to continue its legacy.  Look for more on this in the coming month (though I won’t tell you where to look…)." It sounds like we might hear something about BioWare's fantasy franchise sometime in the next 30 or so days.

Hudson also referenced Mass Effect, but with a far less specific tease writing, "We announced one of the things we’ve done recently (a 4k enhancement to Mass Effect: Andromeda on Xbox One) but as we alluded to in our N7 Day video, that was just a small part of the plans we’re making for Mass Effect going forward."

Earlier today, BioWare also talked about the potential (or rather, the lack thereof) for cross-platform online play in Anthem. For a whole lot more on Anthem, head here.

Our Take
I would be surprised to hear any big Dragon Age or Mass Effect announcements before Anthem releases. The runway sort of needs to be clear for that game, but maybe Hudson is teasing a new Dragon Age game? That would be big, but I have my money on something smaller – I just don't know what it would be.